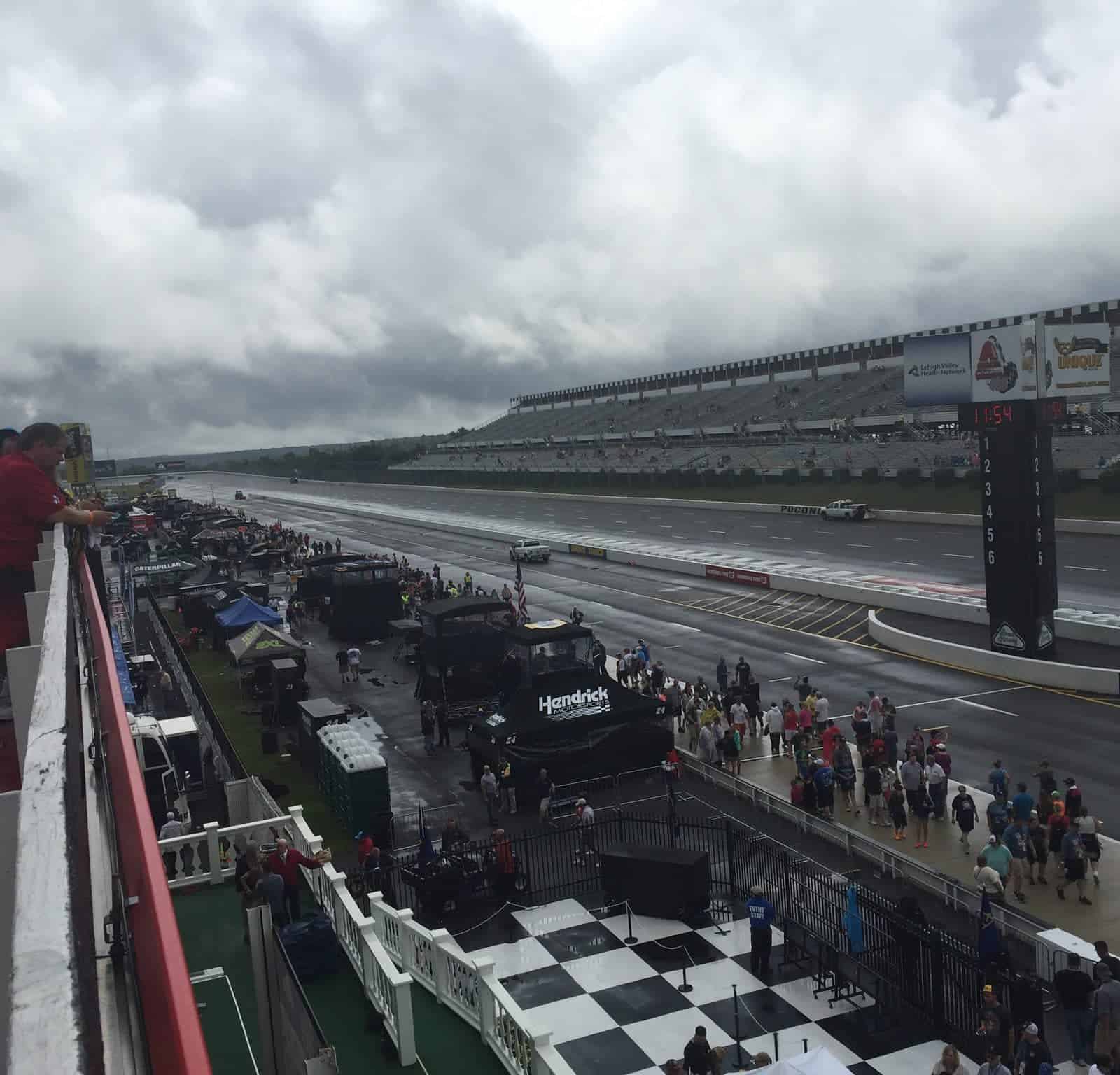 NASCAR has fought poor weather at Pocono for decades now. Is there anything the track and sanctioning body can do? (Photo: Joseph Wolkin)

For the second time this year, Pocono Raceway was plagued with rain. This time, the weather wouldn’t hold up once again, postponing the Pennsylvania 400 to Monday morning at 11 a.m. ET on NBCSN.

With the Air Titan and jet dryers on the racetrack, NASCAR attempted to get the race in. After rain hit the track throughout the morning, there was a break in between storms until moments before the rescheduled start time at 2:30. However, weepers in Turn 2 prevented NASCAR from getting cars on the racetrack. Once the rain came, it rapidly soaked the track, causing officials to scatter as the afternoon forecast has been predicted to get increasingly worse.

This is the first time in NASCAR history both of a track’s events have been canceled in one year. The Axalta ‘We Paint Winners’ 400 was moved from Sunday to Monday in June, and was able to run in its entirety.

If need be, NASCAR will run the race on Tuesday. The last Sprint Cup race to be run on a Monday was the AdvoCare 500 at Atlanta Motor Speedway in Sept. 2011.

Pocono Raceway President and CEO Brandon Igdalsky said during the driver’s meeting on Sunday morning that the track was sold out in parts of the infield, with hopes of seeing a nearly sold-out crowd in the frontstretch grandstands.

Race is tomorrow at 11 so just relax in your nearest puddle… pic.twitter.com/S9Wwl4jwkq

Im really excited. We are 1 hour away from green flag @poconoraceway

Absolutely! Looked like a great crowd even with the high chance of rain. https://t.co/CKi8FmCF8z

Hope the weathers clears @poconoraceway and @TeamHendrick has a fun and successful afternoon. @nationwide88

Brian, sitting on a stool in his favourite watering hole. when told of the postponement, asked “Who ordered the water?”