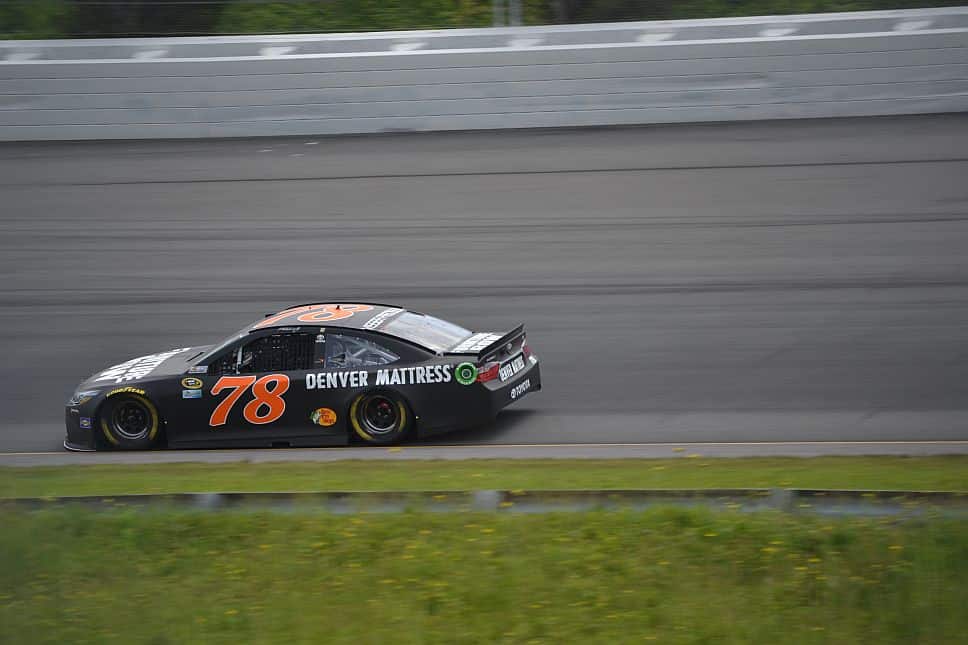 At Watkins Glen International, Martin Truex, Jr. led the way at 126.883 mph during the first practice. The No. 78 car posted a lap late in the session that would not be beat, topping out his Joe Gibbs Racing affiliated teammate Denny Hamlin (126.343 mph) by almost three-tenths of a second.

Hamlin, finished second at Sonoma in late June, his best-career finish on a road course. The No. 11 car was passed by Tony Stewart for the win in the last corner of the last lap.

Casey Mears posted the third fastest lap (125.896 mph) as time expired, breaking up the quadruple of Toyota drivers at the front. Carl Edwards was fourth in the session (125.654 mph), while two-time winner at Watkins Glen Kyle Busch was fifth (125.643 mph).

Last year’s winner Joey Logano paced much of the session, but ended up sixth with Team Penske teammate Brad Keselowski in seventh. 2014 Watkins Glen winner AJ Allmendinger was eighth quickest, but was frustrated with his Chevrolet, while Kurt Busch and Kyle Larson rounded out the top 10.

Stewart, a five-time Watkins Glen winner, was 11th on the speed chart. In his return to the famed road course, Jeff Gordon finished the session 18th.

Hometown driver Regan Smith ended practice in 15th, with Michael McDowell, a former sports car competitor, in 20th. Smith won at Mid-Ohio SportsCar Course last year in the XFINITY Series, and earned one of his 13 top 10s in the Cup Series with a ninth-place finish at the Glen in 2012.

Competing in his only race of the season, Boris Said was 37th in the opening practice. He is coming off a 32nd-place finish in this race one year ago.

The only incident came in the waning minutes of practice when Clint Bowyer spun in Turn One. The No. 15 car was 32nd overall.

Click here for the results from the first practice session of the weekend.