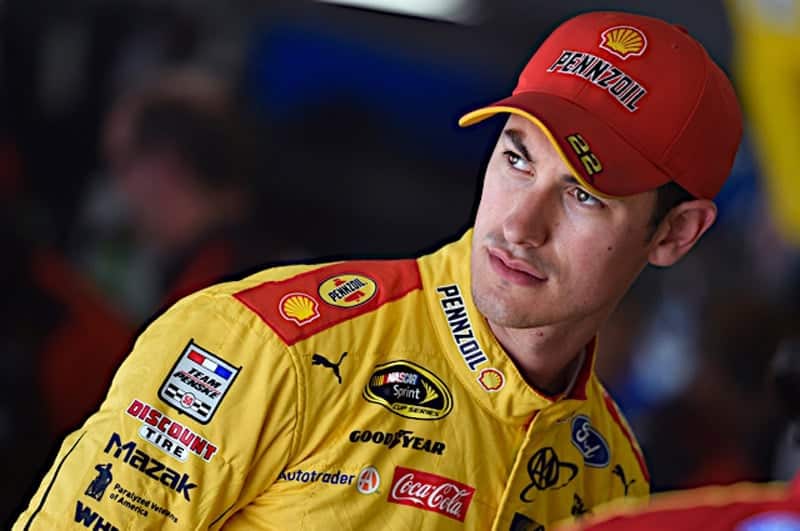 One year removed from the first ever sweep of the XFINITY Series and Sprint Cup Series races at Watkins Glen International, Joey Logano set himself up to repeat the feat with another convincing win.

Logano held off a challenge from teammate Brad Keselowski and survived an attrition-filled race to win Saturday’s Zippo 200 at the Glen, his second-straight XFINITY Series victory at the track. The result is Logano’s 26th victory in the series, and the first of 2016 for Team Penske.

Starting from the pole, Logano’s fiercest challenge throughout the day came from his teammate, Keselowski. The two dueled for position during the entirety of the 82-lap event, and found themselves racing for the win when their pit strategy prevailed late.

Keselowski made multiple moves to pass Logano over the final run, but was forced out of contention late when a broken track bar and pit road penalty sent the driver of the No. 22 Ford falling through the field. Keselowski ultimately finished 23rd, two laps off the pace.

While Logano surged to the victory, many of his closest competitors suffered their way through ill-fated outings. Kyle Busch and Chase contenders Darrell Wallace, Jr., and Blake Koch were among many cars taken out in an early crash that forced a red flag for track repairs. Erik Jones was relegated to a 12th-place result despite running inside of the top 10 for much of the day after stalling on track without fuel on lap 51.

Six cautions fell during the 82-lap event, including a scary incident on lap 58 in which 1990 Daytona 500 champion Derrike Cope‘s No. 70 machine had an explosion in the front end while stalled in the track’s inner loop.

Through it all, Logano reigned supreme. He’ll return on Sunday to contend for a second-straight sweep at the 2.45-mile road course.

The XFINITY Series will return to action on Aug. 13, when the field heads to Mid-Ohio Sports Car Course for the Mid-Ohio Challenge.