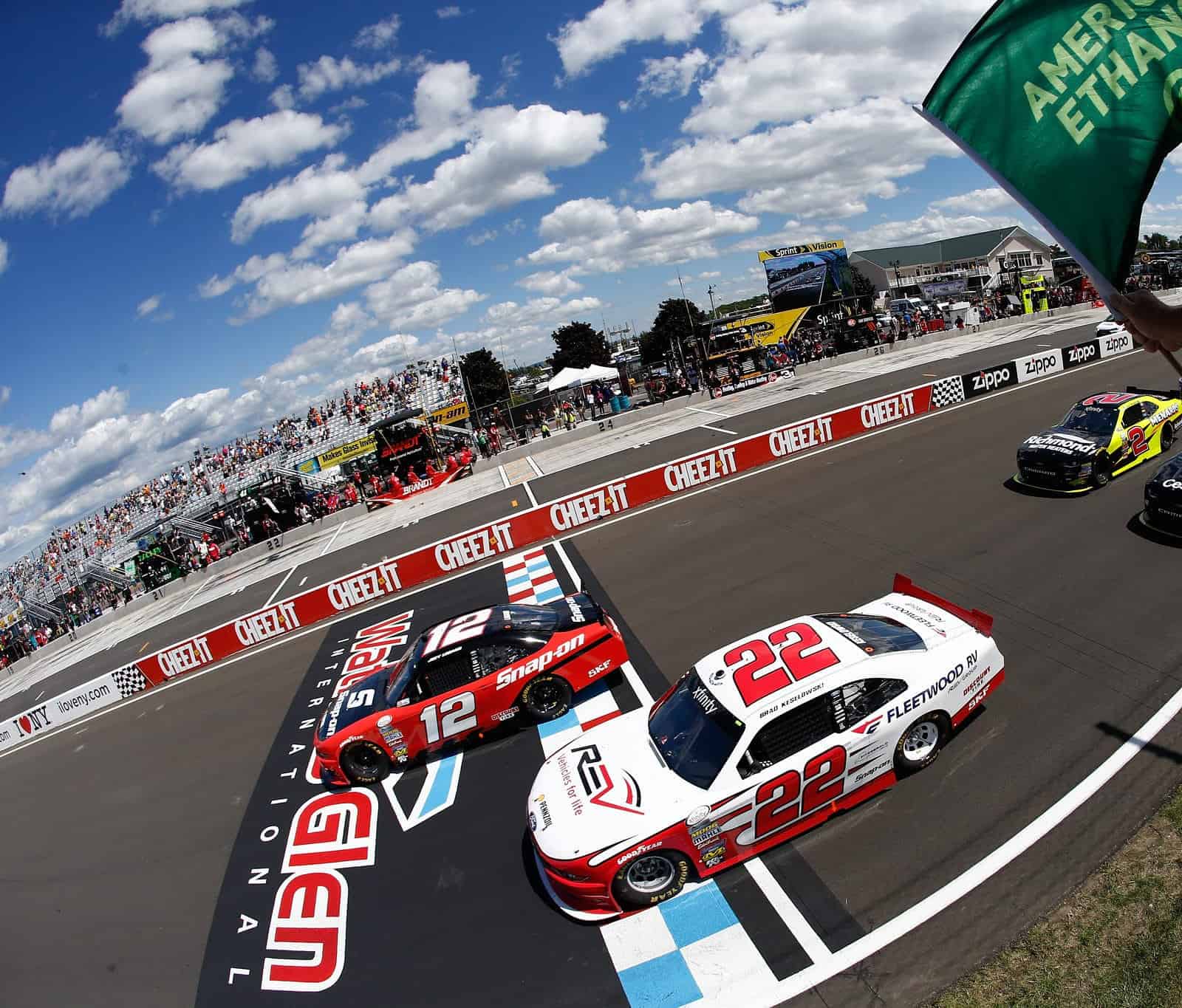 Amid one of the worst NASCAR XFINITY Series seasons in Team Penske‘s history, the organization needed some right turns -both figuratively and literally- to get the ship sailing in the right direction.

Typically one of the dominant forces in NASCAR’s second series along with Joe Gibbs Racing, Penske witnessed the lion’s share of struggles to start 2016.

It appeared the organization would win early to begin the season as Joey Logano fell just a few feet short of beating Chase Elliott at Daytona International Speedway. However,after that close call, the team slowly spiraled into a six-month slog, going winless and searching for speed as Joe Gibbs Racing claimed 13 of the first 19 events of the year.

Going into Saturday’s Zippo 200 at the Glen at Watkins Glen International, Penske’s trio of Logano, Brad Keselowski and Ryan Blaney had managed only seven top fives in 21 starts, and Logano’s runner-up to begin the season was the organization’s only top-two performance.

Thankfully for Roger Penske and Co., that all changed with Logano’s win at the Glen.

Immediately upon their return to the newly-repaved track, Penske established themselves as the team to beat. Logano sat inside of the top four in each of Friday’s three practice sessions, with Keselowski joining him for the final two. The duo swept the front row in qualifying for the 82-lap event, beating out Kyle Busch, Paul Menard and a host of other strong drivers.

In typical road-course style, the 200-mile race saw multiple strategies and cautions appear throughout the day, but through it all the Penske duo led the way. When the laps were winding down, it was Logano and Keselowski racing for the victory, with Logano ultimately prevailing for his second-consecutive win.

“It’s no secret that we’ve had a little bit of a rough start this year,” said Logano. “To be able to have those two cars racing up front for the win… I know I was out there making qualifying laps for 20 laps and I was pretty sure my car wasn’t going to hold together, but I had nothing to lose driving the [No.] 12. car, so I was basically out there all or nothing.”

Sure, Keselowski didn’t get the finish his team felt he deserved — the 2013 winner was relegated to 24th after a broken track bar and pit road penalty in the closing laps — but his speed and Logano’s convincing win assured that Saturday served as a banner day for Ford’s top team.

Penske still has room for improvement on the oval side of the tour, but Saturday’s race served as a much-needed shot of energy and morale during a trying 2016 campaign.

“We have struggled this year,” said Mike Nelson, Team Penske Vice President of Operations. “It was nice to get over the hump a little bit with both cars running 1-2 at the end of the race, having a shot to win and getting it done. It’s a big boost for everybody back at home, and hopefully it’ll lead into a little bit of momentum going into the next few races.”

Penske will have a chance to keep their road-course momentum going next weekend when the XFINITY field heads to Mid-Ohio Sports Car Course.