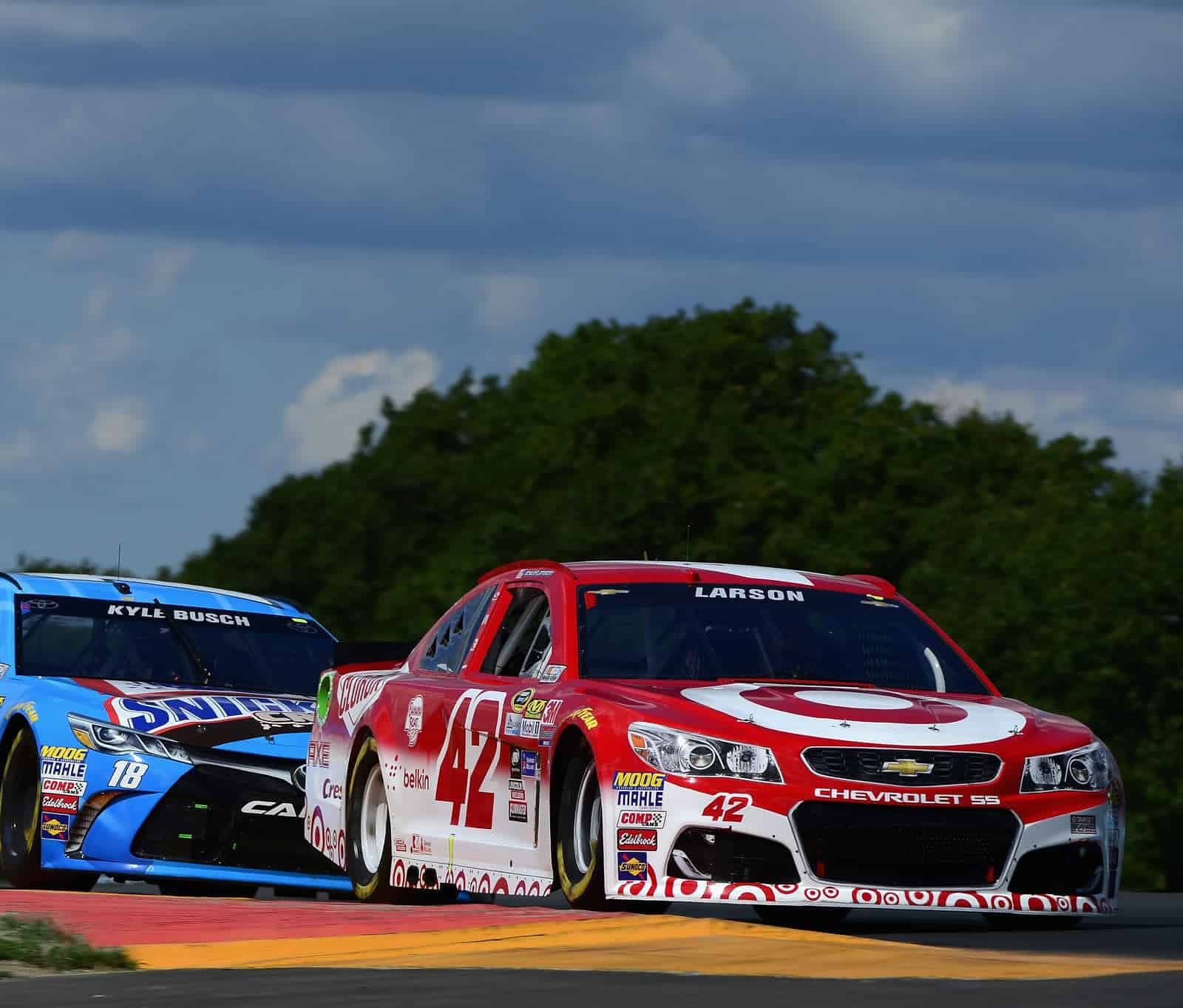 Oh how quickly things can change.

For a time, it appeared that Martin Truex, Jr. and Kyle Larson were each due for a leap into the top 5 of these rankings. Then, in the final 300 yards of Sunday’s Cheez-It 355 at the Glen, everything went awry as both drivers were sent spinning and, in Larson’s case, stopping well short of the finish.
Such is the tale of road course racing. All it takes is one move from either a competitor or someone around them to completely alter someone’s race.
That makes for exciting racing for fans, like the sellout crowd at Watkins Glen International, and thrilling moments for winners such as Denny Hamlin, but it makes gauging each driver’s performance just a bit more difficult.
Still, we gave it our best.

“FURNITURE ROW ISSUED A “BOLO” IN THEIR STORES FOR BRAD KESELOWSKI. HE’S NOT WELCOME, APPARENTLY.” – @AnnoyingRaceFan
“The man tried an ultra-aggressive pit strategy and got lucky thanks to the wrecks. I don’t think anyone ever went 41 laps on fuel in Cup at Watkins Glen when everyone still ran 22 gallon fuel cells.” – Phil Allaway, Frontstretch

“That beer can car got CRUSHED, and it cost him the points lead – like that matters.” – Pete McCole

“Fuel was not a concern this time, but being stuck back in the pack when things got crazy took him out of contention.” – Gable

“Went from second to seventh in 100 feet. Must have felt like every race he’s run this season. Seriously, if there’s any team that needs an exorcism, it’s this one.” – McCole
“HE WISHES WATKINS GLEN WAS ONLY SIX TURNS.” – @AnnoyingRaceFan

“His team got him penalized out of a likely win at The Glen. He is the spring Bristol winner.” – Turnbull
“Swept the poles at the road courses and had a hot rod before a penalty did him it at the Glen. Next Edwards will try to force journalists to use alliteration with the terms backflip, broom and Bristol as he searches for a sweep.” – Bearden

“IT’S HARD TO BELIEVE SOMEONE WITH A FIREWORKS CACHE AND A FLAME THROWER COULD QUIETLY FINISH FIFTH.” – @AnnoyingRaceFan
“A guy who missed the first eight races of the season now has one of the series’ most consistently top-performing teams.” – Utter

These two Chase hopefuls saw their days swing in different directions after the final turn, as Elliott moved further ahead of the bubble and Larson saw his hopes come crashing down a bit. Perhaps the two will find better luck in Bristol after an off-weekend.

Kyle Larson (16 Points) – “Got wrecked like he had a target on his back. Thankfully, that Target will be gone after 2017…” – Bearden

In a stat that defies all logic, Truex has led more laps than Kyle.