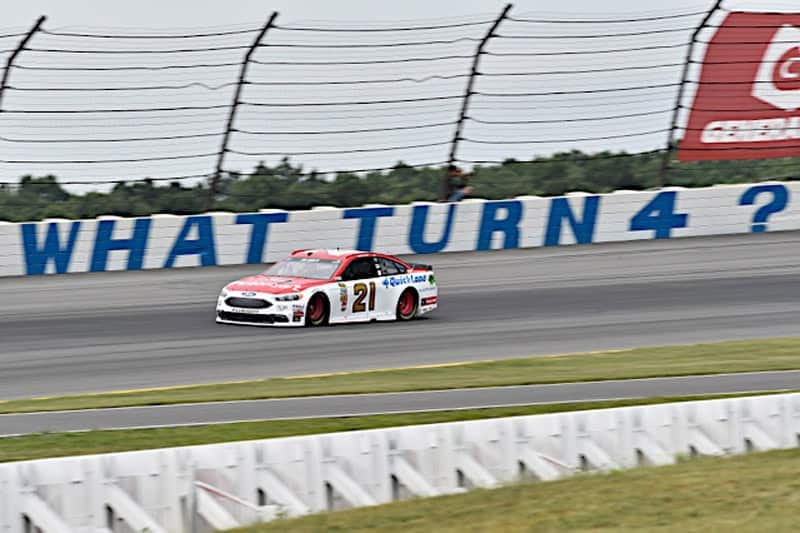 However, when the agreement was announced as a one-year deal, talk immediately began to shift from Furniture Row to Joe Gibbs Racing as speculation arose that Jones will return to Joe Gibbs’ team in 2018.

“If we don’t have him, we will have somebody else,” Visser said on the show. “With how we’re running, we will get a very, very good driver after he leaves, if he leaves, and I’m fairly certain he will. We will attract one of the best drivers in the garage for that second slot I am confident. The cars are just going to be running too well. The first car is running too well. It all builds on itself. It all kind of snowballs in the right direction.”

While the driver Jones could potentially replace at JGR has yet to be unveiled — Matt Kenseth and Denny Hamlin have been speculated early on, but nothing’s certain — Visser’s acknowledgement of the part-time deal continues a recent trend for upcoming stars in the NASCAR’s lower divisions.

With the creation of the charter system for 2016, many of NASCAR’s teams forged or strengthened alliances in an effort to gain power. While the long-term results of such a move have yet to be seen, one immediate effect of the move is that many of the power teams have lent their future stars to their affiliates for partial or even full-season runs.

Coming off a limited tour in 2015, Team Penske prospect Ryan Blaney and Wood Brothers Racing have competed full-time in 2016, vying for a Chase spot over the summer months despite not owning a charter as the rookie occasionally dips down to run XFINITY Series race for Penske.

After winning the 2015 NXS championship for Roush Fenway Racing, Chris Buescher has found sudden opportunity in Cup amid the same leasing system, stealing a weather-shortened victory at Pocono Raceway and fighting for an automatic Chase berth in his first full year with Front Row Motorsports, an affiliate of RFR. While Buescher has yet to make a start in any series for RFR this season, the organization continues to promote Buescher along with its other drivers on social media and has helped FRR with equipment for the rookie throughout the year.

To a lesser extent, Ty Dillon has also seen the benefits of a new alliance, splitting a partial schedule with Michael McDowell for Circle Sport – Leavine Family Racing, an affiliate of Richard Childress Racing, ahead of what he believes will be a 2017 move to the Sprint Cup Series.

Drivers being lent out to friendly organizations is nothing new in NASCAR. In fact, it’s been seen often in recent history – brothers Austin and Ty Dillon efforts filling in for the absent/injured Tony Stewart, plus Trevor Bayne‘s Daytona 500-winning stint with Wood Brothers Racing, immediately come to mind.

However, what separates the current crop of young talent from the previous group is the fact that they’ve run for full seasons.

For years fans have complained about how challenging it is for upcoming drivers to get a chance to compete full-time at the Cup level, especially in any sort of competitive ride. Sure, a few drivers with the right combination of sponsor money, luck and raw talent have gotten the opportunity – Kyle Larson, Joey Logano and Brad Keselowski are the most notable in recent history – but many others have fallen by the wayside, running out of money and equipment before their talent could help them rise to the next level.

Suddenly, and perhaps largely due to the alliances strengthened by the charter system, drivers like Blaney and Buescher have gotten a chance to move up, despite their teams largely being forced to stick with traditional sponsors.

Yes, there will still be times when underfunded drivers fail to make it to the top and times when top-tier drivers pop up with big sponsor backing and go directly to an opening on a major team. Chase Elliott did just that this season, replacing the sort-of retired Jeff Gordon in the No. 24 based off of strong prior success and a major sponsor in NAPA Auto Parts.

However, for drivers that can’t necessarily bring sufficient financial backing, or ones waiting on a spot to open up at their team like Buescher, Jones and Blaney, it appears that opportunity – while slim – may just be out there. And in a Sprint Cup Series that sees nine of its top 10 drivers in points in their 30s or older, anything that can add fresh faces in somewhat competitive equipment is a significant gain.