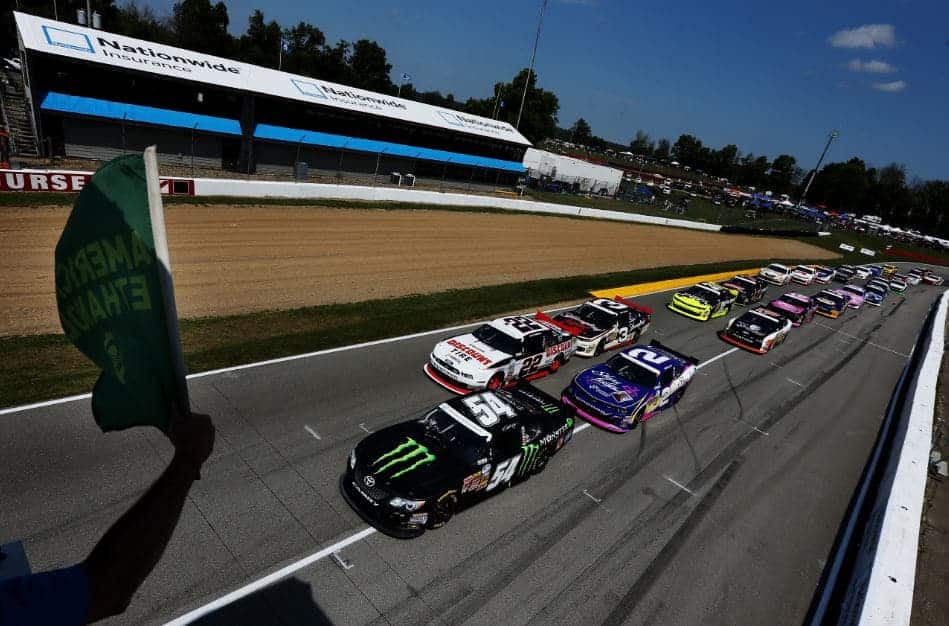 For the final time before the Chase, the stars of the NASCAR Sprint Cup Series enjoyed a week off after a wild afternoon at Watkins Glen International. While that left many of them to relax, it required the masterminds behind Frontstretch’s Power Rankings to be creative.

With no new race to base driver rankings off of, we’ve instead shifted the focus to the races themselves. NASCAR is past the halfway point of the season with the newly-implemented low downforce rules package. While there have been both highs and lows throughout the year, the package has largely been deemed a success.

Because of the improved on-track product, picking favorite races from the year proved much more challenging than expected, but our panel of experts proved up to the task, selecting their 10 favorite Cup races of the season to date.

Here’s what they decided on, complete with creative race names and haikus in the case of one writer.

Note: Each race can be viewed on NASCAR’s YouTube channel. Simply click the link attached to the race’s name to enjoy each of the year’s top 10 events.

“People are always saying how restrictor-plate races are the worst thing to happen in NASCAR, and in the case of a few races, they’re kind of right. THIS race was an exception. I don’t think there’s been a 500 since 2011 that had me so much on the edge of my seat.” – Pete McCole, AutoRacing1.com

“A.K.A. ‘A REALLY GOOD SNACK TO EAT WHILE YOU’RE ON A ROAD TRIP AND DOESN’T GIVE YOU BAD BREATH’ 355” – @AnnoyingRaceFan

“A Monday race, full of aggressive driving and strategy, with a constant fear of rain, and yet it was ultimately fog that prevailed to give Chris Buescher and Front Row Motorsports their first win together and gave the Chase battle a shocking new twist.” – Aaron Bearden, Frontstretch

“A.K.A. THE “CLOSEST KYLE LARSON HAS COME TO WINNING A SPRINT CUP RACE” 400″ – @AnnoyingRaceFan

“Cars flip through the air
Will the rain ever arrive?
Bad Brad was bad fast.” – Gable

“Didn’t provide the wild finish that many other early races supplied, but the classic racing that’s made Auto Club a sudden fan favorite was present once more.” Bearden

“For sheer dominance, this was a record-setting Truex victory.” – Spencer