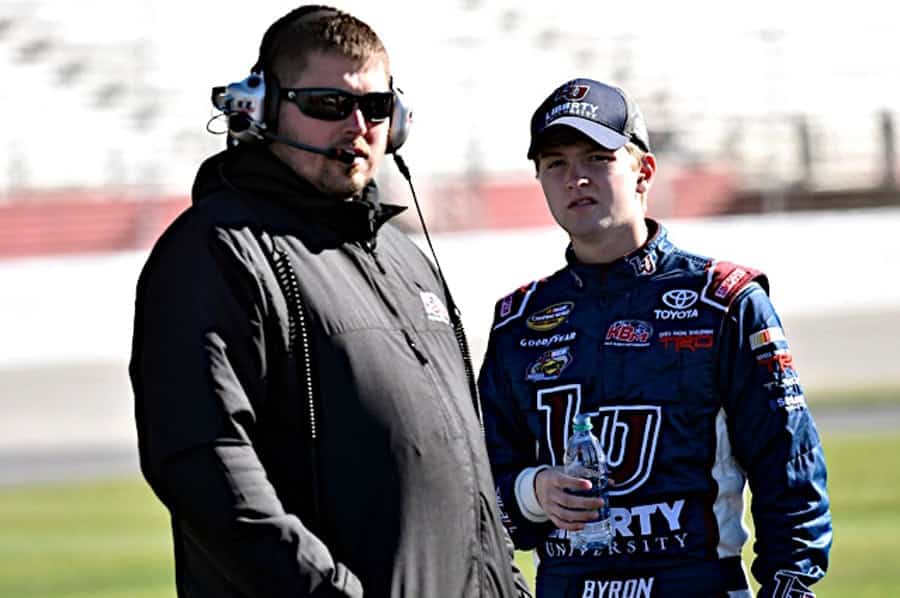 With William Byron announcing he’ll be racing for JR Motorsports in 2017, it sent shockwaves through the sport. Few expected this, Byron jumping ship from Kyle Busch Motorsports and Joe Gibbs Racing. He seemed on pace to become the next Erik Jones, following his slightly older teammate into Cup via JGR or a Toyota alliance.

But now he’s a Chevrolet driver, and Hendrick Motorsports staged a coup.

Byron’s announcement continued the upward trajectory of a career that didn’t even exist a handful of years ago. The 18-year-old driver graduated from the K&N Pro Series East as champion last season and picked up right where he left off in the Camping World Truck Series. But now, by aligning himself firmly in the Hendrick Motorsports camp, he made the one move that could put him in a better position than had he stayed with Toyota.

After all, the Toyota camp has a deep, deep field of talent. JGR is filled to capacity, and its hottest driver other than Kyle Busch is being farmed out to Furniture Row Racing for a year in 2017. Daniel Suarez is ready to go Cup racing, and the Truck Series is filled with drivers like Christopher Bell, Cameron Hayley and Ben Rhodes – young guns with a bright future. Byron isn’t the first Toyota driver to jump ship – Kyle Larson and Darrell Wallace, Jr. both left the manufacturer in search of a better opportunity. The waiting list was just too long to keep puttering away (albeit winning races) with Toyota.

Chevrolet, on the other hand, is just as stacked, but Hendrick in particular needs to set itself up for the future. Chase Elliott will be around for years to come, but Jimmie Johnson and Dale Earnhardt, Jr. are both getting older. Kasey Kahne has been out to lunch most of the season, and it’s little wonder why Rick Hendrick made a push to get Byron. After all, JRM’s current stable of full-timers is limited to Elliott Sadler and Justin Allgaier – both of whom had a shot at Cup and didn’t quite succeed.

But perhaps there was something more to Hendrick’s decision than just signing a superstar. Perhaps it’s fitting that Hendrick grabbed a hot young talent from Toyota after Toyota grabbed a hot young talent named Busch from Hendrick following the 2007 season. Of course, HMS let Busch go to make room for Earnhardt, but seeing Busch thrive under Joe Gibbs and battle for championships that he didn’t vie for during his brief stint at HMS must have grown old.

With Byron, HMS has a weapon it can use over the next 20 years to battle Gibbs and Jones. Once teammates, now competing for opposite sides – it’ll be a fun show to watch.

Yeah I’m sure he’s going to be the next Gordon or Johnson.