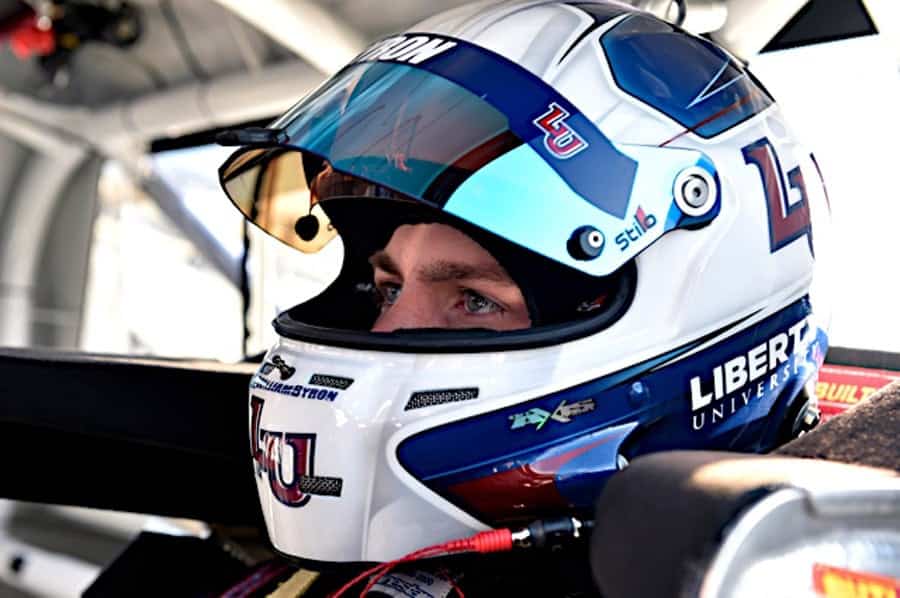 William Byron’s five wins in the NASCAR Camping World Truck Series during the 2016 season — so far — have garnered him attention from other teams besides his current Kyle Busch Motorsports ride.

And in 2017, he’ll be moving to one of those teams: Hendrick Motorsports.

After just one full season in the Truck Series, Byron will graduate to the XFINITY Series in 2017 to drive for JR Motorsports, Hendrick’s XFINITY and Truck series affiliation, in a full-time capacity.

A ride or car number for Byron has not yet been announced. Currently, the team fields three full-time teams for Justin Allgaier, Elliott Sadler and a rotating cast of drivers in the No. 88, plus a part-time No. 5.

“William is a special person and a special talent,” Rick Hendrick, owner of Hendrick Motorsports, said in a team release. “It’s been impressive to watch him come up through the ranks and have success at every level. What he’s already accomplished this season has been remarkable. On top of all his ability, he’s a terrific young man from a great family, and we think he has a very bright future with our organization.”

Added Byron: “Even before I started racing, it was a dream of mine to drive for Hendrick Motorsports. I have so much respect for the way Mr. Hendrick supports his people and encourages everyone to work together. This is the biggest announcement and biggest opportunity of my life, and I will do everything I can to make the most of it. I’m proud to be part of this team.”

Byron currently leads the Truck Series standings in his No. 9 sponsored by Liberty University. He made his series debut last season at Phoenix International Raceway.

It has not been announced if Byron’s new deal with JR Motorsports will include any XFINITY starts in 2016. Byron has yet to start a race in the series.