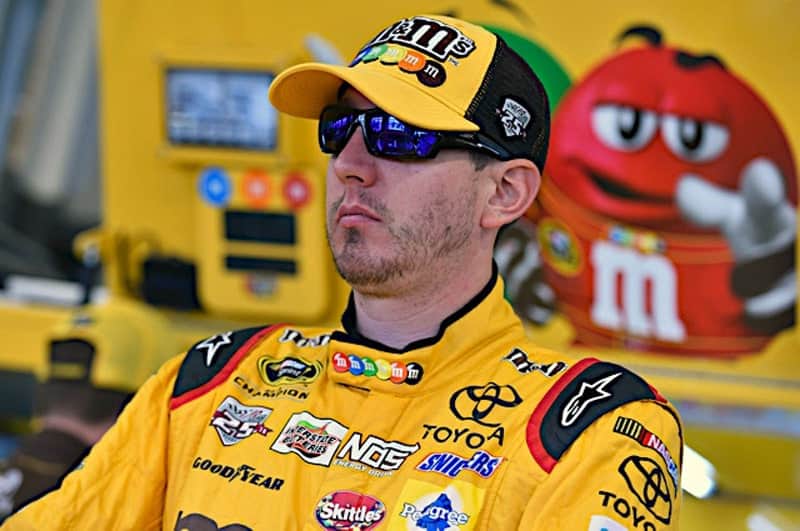 After a primarily drama-free opening practice, Happy Hour saw multiple stoppages due to both weather and accidents. Getting the worst of the session was Josh Wise, who got into the outside wall with a flat tire and will revert to a backup car.

Also suffering issues were Roush Fenway Racing teammates Greg Biffle and Ricky Stenhouse, Jr., who each looped their cars around on the half-mile track’s straightaways. Both drivers continued on without damage.

The Cup Series will return to action at 5:45 p.m. ET, when they return to the racing surface for Coors Light Pole Qualifying.

Practice 1: After a brief delay for rain, the NASCAR Sprint Cup Series roared to life for the first time in two weeks for opening practice at Bristol Motor Speedway. Unsurprisingly, it was the same organization that paced the field.

The opening practice session served as the first track time for NASCAR’s premier series since the addition of a “grip strip” on Bristol’s bottom lane. In an effort to return the half-mile to its old style, where the bottom lane prevailed as the fastest way around the track, Bristol added a compound called VHT to the track’s inside lane after polishing it and prepping it with Kentucky Speedway’s new “tire monster” machine.

The result in first practice -much like in Wednesday’s Camping World Truck Series race- was that the bottom lane gave way to quicker lap times, while the outside was a tenth of a second or more slower.

Teams will continue to monitor the altered racing surface over the weekend.

The Sprint Cup Series will return to action at 12:30 p.m. ET for final practice. The session will be aired on USA Network at 1 p.m. ET.