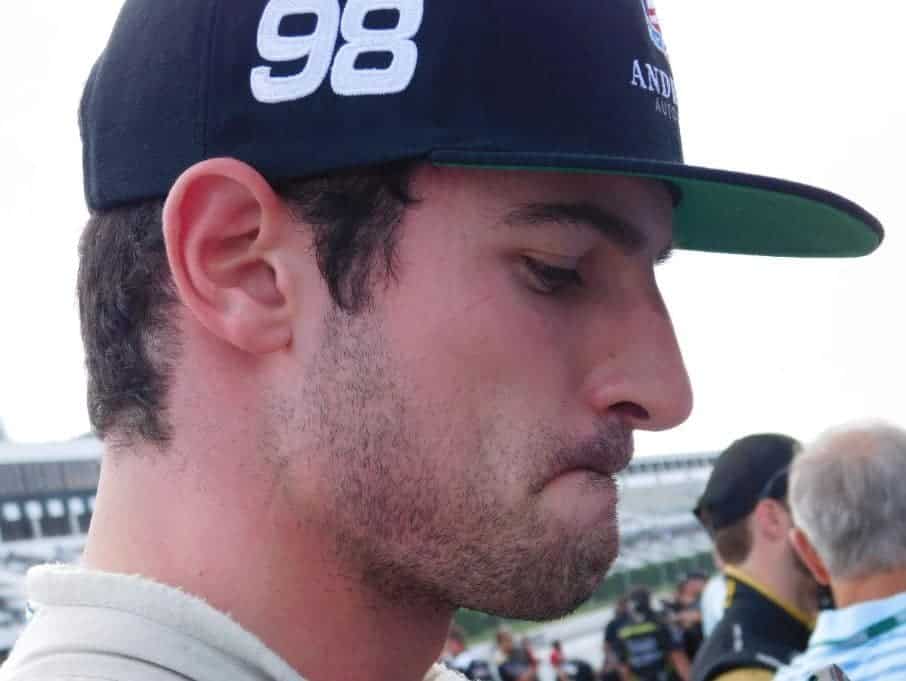 With eyes on the racetrack, pit lane in Pocono Raceway ended up having one of the scariest moments of the 2016 Verizon IndyCar Series season.

During a green-flag pit cycle on Lap 64 of 200 in Monday’s ABC Supply 500 at Pocono, a three-car accident occurred halfway down pit lane, involving Charlie Kimball, Alexander Rossi and Helio Castroneves.

While exiting his pit stall, Rossi was hit by Kimball, who was turning into his stall simultaneously. Castroneves was the innocent car, who found Rossi’s No. 98 Honda up in the air and on top of his helmet before landing back on the racetrack. All drivers walked away from the accident.

“I was still in the slow lane and there was a car there,” Rossi said. “It’s very unfortunate. I was concerned about Helio, so I’m glad he’s OK.”

Winning the Indianapolis 500 in May, Rossi climbed into the race lead before the scheduled pit stop took place.

“I’m not in charge of releasing cars so I don’t really have a gap that needs to be had,” Rossi said. “I was sent, I knew there was a car to my right [Kimball] and I stayed in the slow lane. That was all I could do.”

This all started because Rossi would not go to the outside of the pit lane right away after completing his stop. He drove through 3 pit stalls before coming out to the “slow lane” By that time he was faster than Kimball or Helio. He was bound to hit one of them staying in that slow lane. He had plenty of opportunity to pull out to the fast lane when he was done with his pit stop. Like you’re supposed to do. Kimball would of let him cross in front. That’s what the slowing car coming in does when seeing the accelerating car leaving his pit. Why was Rossi driving through 3 pit stalls when exiting his pit stop? That should be a penalty right there. Rossi is to blame for this one not Kimball.
None of this was mentioned on TV.