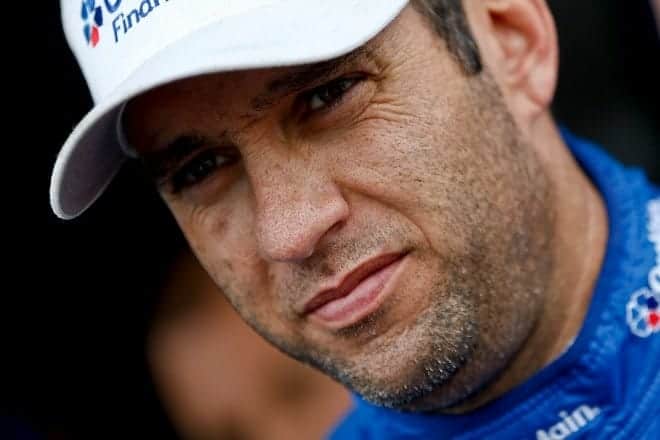 Elliott Sadler, OneMain Financial and JR. Motorsports have come to a multi-year extension agreement in the NASCAR XFINITY Series, as OneMain has committed to sponsor the No. 1 JRM Chevy 20 times in 2017 in a primary role.

Sadler currently leads the XFINITY Series points for 2016 as teams prepare for the first ever chase format in the series.

The announcement sets most 2017 puzzle pieces in place for JRM, as the prior announcement of William Byron‘s move to the XFINITY Series under the JRM banner means the team will maintain its status as a three-car effort full-time, with the No. 7 Brandt machine of Justin Allgaier also slated to compete.

This season, the team has fielded three cars every race, with Allgaier and Sadler joined by a rotating cast in the No. 88.

There are still questions to be asked of the organization’s 2017 plans, however, as during the team’s announcement, JRM also indicated a fourth part-time team will be assembled for select events. The team has not announced any driver for that team as of yet. This season, the fourth car has been the No. 5, which has been entered with Chase Elliott, Cole Custer and more.

Interesting. I wonder why the about face from One Main. My thought would be they would want to go with a young up n comer. Maybe making the farce known as the chase and added exposure from that convinced them to drop more $$$$$ for Elliott.

For a never has been, good deal for him…….. Coming from an Amrchairdiver/iracer here lol.

He has 3 Cup wins, 11 Busch, and 1 in the truck series. Not sure how that qualifies as a never has been.

Bout the same scorecard as Jimmy Spencer…… Who in all fairness (while I live in his hometown mind you) was truly a never has been as well. Kurt Busch was right…. And I like Jimmy. Mr. Excitement never left anything on the table each and every race. I took to Jimmy after Sr’s death til Kyle Busch.

Not hating on Elliott. Just can’t see how a sponsor is willing shell out +-8 million a year for someone like him at his age and point in career.

Exactly. This guy should have won at least one championship since he dropped down, especially since they cut off the Cup guys from it. Look at the teams he’s driven for and they’ve won championships right before, right after, or while he was driving for them, so it’s not the organization.
I do have to give him credit for setting a personal record and driving two consecutive years for the same team.

Shocked at One Main. I like Elliott but damn…really? He hasn’t exactly lit em’ up in the very long time he has been in the upper series of Nascar. All I remember about his Cup career was his superspeedway crashes.

Another seat that could go to a talented up and comer. But hey it isn’t my money. But I do know Elliott should be on his knees daily thanking anybody and anything for his exceptional good fortune. One could argue he should be having a retirement party at Shoney’s come the end of this season. IMO.