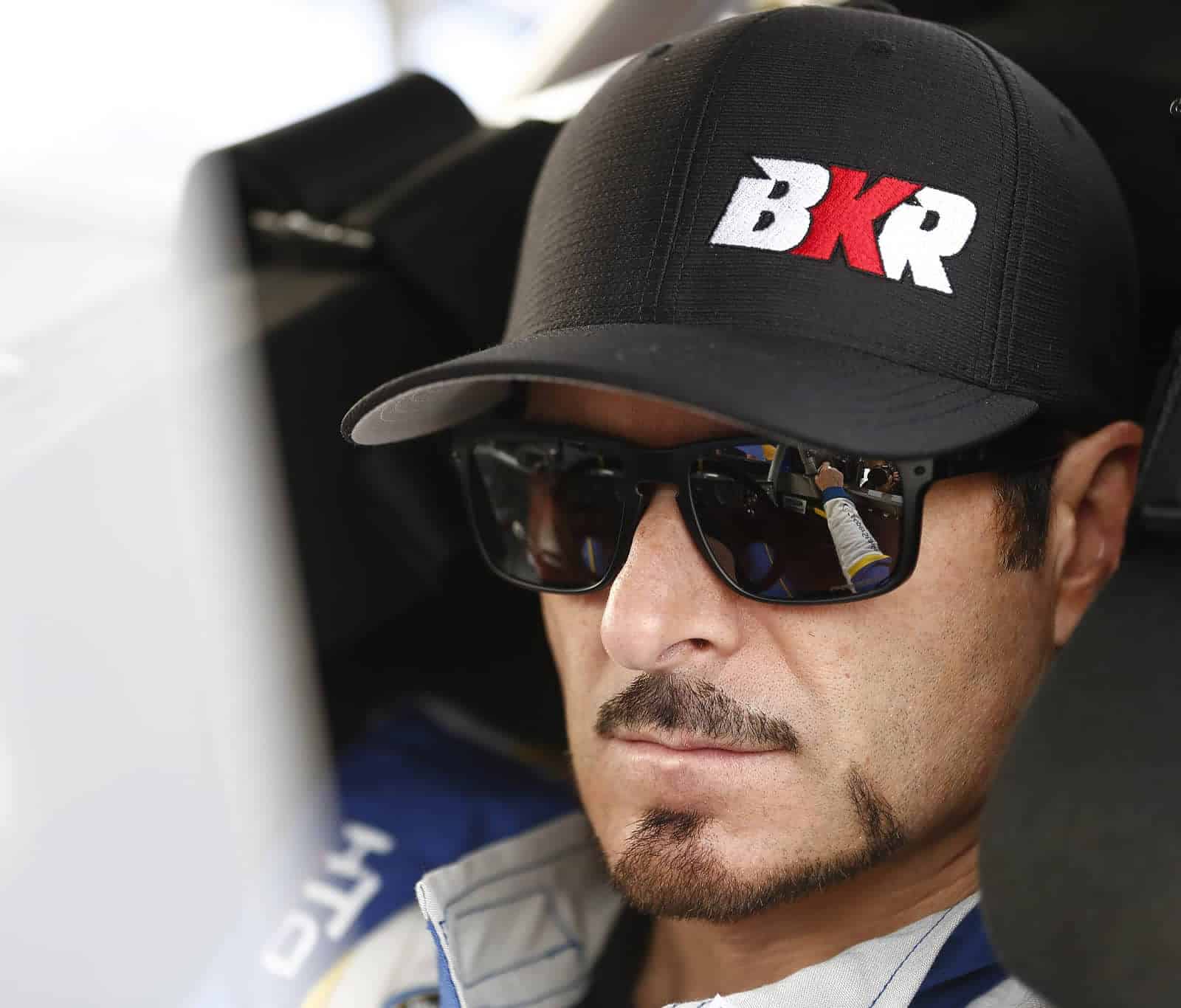 NASCAR’s XFINITY Series will take on the winding, twisting, four-mile Road America course in Elkhart Lake, Wisconsin this weekend.  That means that a cadre of racers who specialize in turning right and left will face off against the NXS regulars one last time in 2016.

The practice of teams bringing in a road course specialist has fallen out of favor in the Sprint Cup Series.  As NASCAR’s top level drivers got acquainted with road racing, and as quality rides became less frequently available to part-timers, opportunities for road ringers dried up.

That is not the case in the XFINITY Series.  This weekend’s race will feature more than a few unfamiliar (or perhaps less familiar) faces hoping to follow Justin Marks’ path to an upset road course victory.  But who really stands the best chance among the road course specialists to get it done at Road America?

A glance at the entry list for this weekend’s race reveals a distinct divide among the road course specialists.  All of the ringers have either found seats in well-funded equipment or underfunded equipment.  That situation is a product of the XFINITY Series garage, which offers very little middle ground between the haves and the have-nots.  Accordingly, equipment is going to be the biggest determining factor in who runs well.

Quality of equipment should give an advantage to Owen Kelly.  The Australia native has raced at Road America twice before, and he posted top fives in both events.  For the second time this year, Kelly joins forces with Joe Gibbs Racing, stepping into the No. 18 car.  His first start of the season came at Mid-Ohio.  Kelly qualified well there, but struggled to stay on the track in the rainy conditions.  Still, the combination of JGR’s strength this season and Kelly’s past success at Road America definitely makes him one to watch.

Meanwhile, Canadian Alex Tagliani will once again join forces with Team Penske and pilot the No. 22 car.  Fans might remember that the last time Tagliani raced in the XFINITY Series, he was on the receiving end of a bump and run from Regan Smith at Mid-Ohio last year.  The last lap, last corner maneuver handed the victory to Smith and left Tagliani frustrated.  So expect an all-out effort from the former CART and Indycar racer in what will probably be his only NXS start this year.

Tagliani has good reason to be confident heading into this weekend.  In addition to last year’s near-miss at Mid-Ohio, he came very close to winning at Road America in 2014.  After making a late pit stop, Tagliani came charging through the field in the closing laps, advancing from outside the top 20 to second.  In fact, Tagliani has collected four NXS top five finishes with Team Penske, three of which are seconds.  Is this the weekend when he finally breaks through and wins?

Another road course specialist who landed a good car is Michael McDowell, the only Sprint Cup regular who will compete at Road America.  McDowell has been a fixture in NASCAR for nearly ten years, and it is easy to forget that he has a road racing background.  Several of McDowell’s recent NXS starts have come on road courses, usually with JGR.  In his four appearances at Road America, McDowell has often performed quite well but not gotten the finish to show for it.  This year, McDowell will give it another try, this time with Richard Childress Racing’s No. 2 team.  Coming off a victory at Bristol, the organization will have plenty of momentum, and that could work to McDowell’s advantage.

As for other road course specialists in strong cars, Marks will be back with Chip Ganassi Racing.  A second win would be an instant highlight in a part-time season that has provided Marks with more downs than ups.  Kenny Habul also returns to JR Motorsports for his third start of the XFINITY season.  Habul, the owner of the SunEnergy 1 corporation, will hope to rebound from a disastrous race at Mid-Ohio.

The rest of the road course specialists have been relegated to underfunded equipment.  They will be going up against long odds to secure a good finish, but Road America has produced plenty of surprises since joining the XFINITY tour.

One of the additional road ringers, Australian James Davison, will make his XFINITY debut this weekend.  He will follow in the footsteps of Nicolas Hammann and Israel’s Alon Day, who both made their first NXS starts this year.  Hammann is a native of Elkhart Lake and will make his second start of the year for Mike Harmon’s team.  Earlier this month, he competed at Watkins Glen but dropped out of the race after completing 67 laps.  Day, meanwhile, fared better in his foray into NXS racing.  Driving for Carl Long at Mid-Ohio, Day finished a respectable 13th after running as high as the top five.  What will his second XFINITY start bring?

As usual, there will be a lot to watch for at Road America.  Expect many of the NXS regulars to take advantage of a race with few Sprint Cup interlopers.  But also expect the road course specialists to make their presence known.