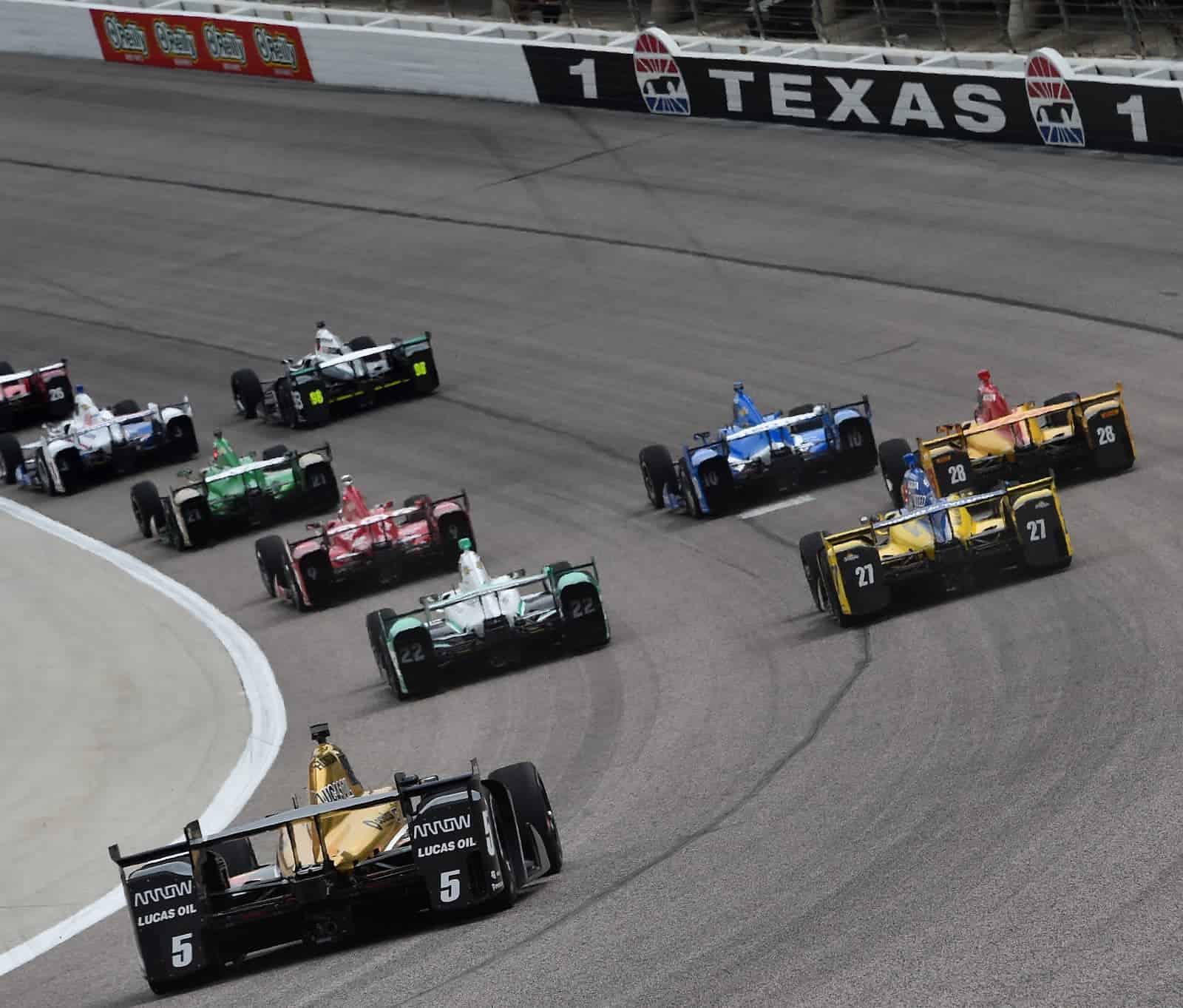 Back on June 12, while NASCAR rolled through the Irish Hills of Michigan and the world geared up for the Olympics, the Verizon IndyCar Series attempted to complete 600 kilometers of racing at Texas Motor Speedway. 71 laps, a brutal crash and multiple rain delays later, the race was postponed to a later date.

“We maybe could have hung around and try to get it dry tonight and run enough to get halfway, but that’s not right,” Eddie Gossage, Texas Motor Speedway president said at the time. “We want to give the fans a race. That’s the plan.”

Two months later, as NASCAR again heads to the Irish Hills of Michigan, and the last Olympians return to their homes, IndyCar will attempt to hit the reset button, restarting the Firestone 600 71 laps in on Saturday, Aug. 27.

As the series returns, many things will be the same. The cars being driven in the event haven’t changed, nor have their running order. INDYCAR will again attempt to run the race on Saturday night, and the drivers that crashed out before June’s postponement won’t be among the field competing for the win.

What has changed is the complexion of the championship.

When the IndyCar field arrived at the 1.5-mile TMS in June, the story of the year was Simon Pagenaud. Coming off of an underwhelming first season with Team Penske, Pagenaud hit his stride at the start of 2016, surging to a dominant points lead with three wins and five top-two finishes in the opening five races.

Pagenaud struggled to a 19th-place finish with motor woes in the Indianapolis 500 and had one mid-pack (13th) finish between two races at Belle Isle, but the Frenchman’s dominant advantage in the points and consistent speed placed the driver as the top dog in the series.

On the other end of the spectrum, Pagenaud’s teammate Will Power was looking to build momentum.

Looking for a resurgent year after an uncharacteristic 2015, Power was forced to miss the season-opening Firestone Grand Prix of St. Petersburg with a misdiagnosed concussion. Adding insult to injury, inconsistency plagued Power through the first of two races at Belle Isle, dropping the Aussie to 12th in the standings.

A win in the second Grand Prix of Belle Isle finally gave Power some momentum heading into Texas, but there were no signs of the run that was to come.

Now, as IndyCar returns to Texas, everything’s changed. A few bad runs from Pagenaud, most recently a 20th-place finish at Pocono, coupled with a run of five-straight top-two finishes from Power have seen the gap between the Penske duo close to just 20 points with three races remaining.

Despite trailing Pagenaud, Power has become the championship favorite for many. The Australian has a combined five wins at the remaining tracks on the schedule, including three victories at Sonoma Raceway, which hosts the double-points championship finale. Pagenaud, on the other hand, has none, and has never raced an IndyCar at Watkins Glen International.

Power will roll off fourth when the Texas race restarts, while Pagenaud will have to climb from 15th to maintain his advantage.

Beyond the championship battle, a strong race for the win is sure to play out over the final 177 laps at Texas.

James Hinchcliffe has been the running joke of the IndyCar community over the last two months, continuing to be listed as the leader at Texas even as he failed to lead a lap in any of the five races separating the race’s two stints.

Despite having strong cars on ovals, the ‘Mayor of Hinchtown’ has struggled through the summer months after a storybook pole run in qualifying for the 100th Running of the Indianapolis 500. Hinchcliffe is still looking for his first win of 2016, and his second since joining Schmidt Peterson Motorsports in 2015.

Hinchcliffe will be one of many drivers looking for their first victory when the series returns to action at Texas. Joining the Canadian inside of the top five are three other drivers winless through the 2016 season to date -Ryan Hunter-Reay, Mikhail Aleshin and Ed Carpenter-  and one driver, Power, who needs to maximize points in his hunt for the championship.

Hunter-Reay and Aleshin will return looking for victory just one week removed from podiums at Pocono. Aleshin ran a strong, consistent race from the pole before finishing second, while Hunter-Reay saw his dominant backup car fail to make it to victory lane after electrical issues required the Floridian to come to pit road to cycle his engine. Hunter-Reay rallied from the back of the pack to rise to third over the ABC Supply 500’s final run, but ran out of time to catch Power and Aleshin for the victory.

In all, eight of the top nine drivers taking the green when Saturday’s Firestone 600 resumes will be aiming for their first victory of the season. Throw in Power’s quest to cap off one of the greatest championship comebacks in IndyCar history and the paddock is set for a shootout under the stars.

For two of IndyCar’s bright young shoes, the return to Texas will be watched from afar.

Josef Newgarden and Conor Daly will be forced to sit out Saturday’s return to the 1.5-mile oval after being ruled ineligible to return following a vicious crash in June’s first attempt at the race.

Both drivers were considered out before rain halted the race in June, and are therefore unable to return. The loss of points will effectively end Newgarden’s championship hopes, with the Floridian due to lose up to 50 points after entering 100 points behind Pagenaud in third.

Hinchcliffe will lead the IndyCar field back to green shortly after 9:15 p.m. ET on Saturday. Here is how the paddock will line up when they return:

Coverage for the Aug. 27 Firestone 600 at Texas Motor Speedway will begin on NBCSN at 9 p.m. ET.