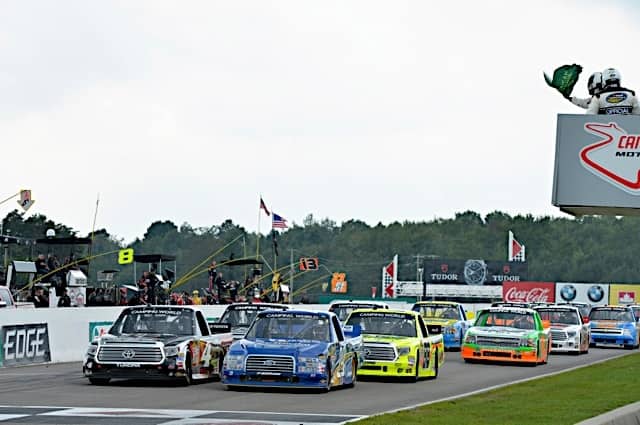 The Camping World Truck Series heads north of the border this weekend to compete at Canadian Tire Motorsports Park for the fourth consecutive season.

Austin Cindric will compete for Brad Keselowski Racing for the second time this season Sunday. He failed to make his first race of the season at Dover, but competed at Bristol two weeks ago and finished 18th. This will be his first Truck Series start at Canada.

Michigan winner Brett Moffitt returns behind the wheel of the No. 11 truck for Red Horse Racing this weekend. This will be his fifth start of 2016, including three consecutive finishes of third-place or better.

Canadian and NASCAR Next competitor Gary Klutt will pilot the No. 51 truck for Kyle Busch Motorsports this weekend. Klutt competes in the NASCAR Pinty’s Series and has six starts at the road course. Cody Coughlin was originally scheduled to pilot this truck, but he will instead compete in the late model race at Winchester Speedway.