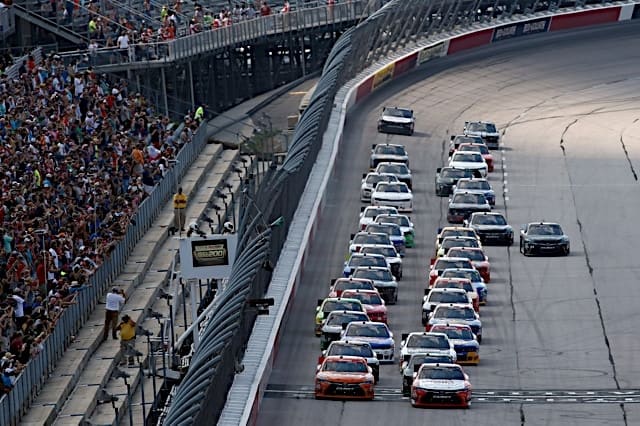 The XFINITY Series will make its annual stop at Darlington Raceway on Saturday.

Paul Menard will attempt to deliver the No. 2 car its third consecutive victory this weekend. Austin Dillon captured the win at Bristol and Michael McDowell scored his first career NASCAR triumph last weekend at Road America. This will be Menard’s seventh series start in 2016. His best finish of second came in his last race at Watkins Glen.

Denny Hamlin looks to remain undefeated in the XFINITY Series this season as he makes his second start of 2016 on Saturday. His first race came at Charlotte and he led 76 laps en route to victory. He is the defending race winner at Darlington and will aim for his fifth series win at the track “Too Tough to Tame” this weekend.

Kevin Harvick will pilot the JR Motorsports No. 88 car for the fifth time in 2016 this weekend. He last competed at Indianapolis in July and finished second. He finished fourth in this event one year ago.