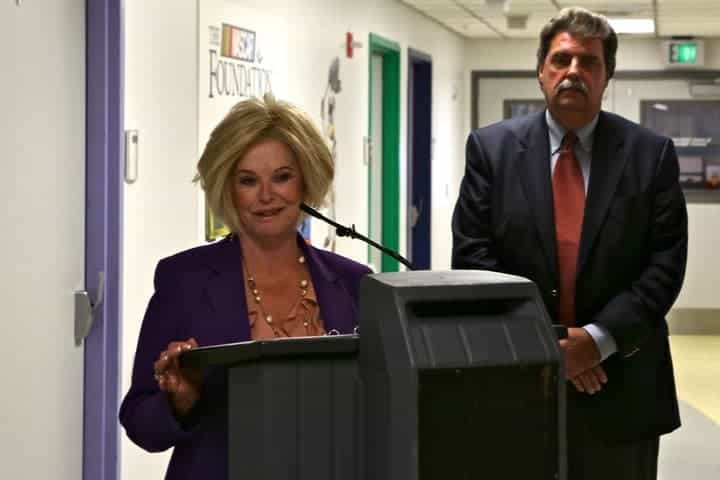 Prior to her death, France served as the executive vp and treasurer of NASCAR.  Additionally, she was the chairwoman emeritus of the NASCAR Foundation.

Upon hearing the news of his mother’s death, Brian France penned some thoughts.

“Last night, the NASCAR family lost a mother, a grandmother, a friend and the light that guided the sport’s charitable arm,” Brian France said in a statement.  “My mother taught us incredible values, that of love, patience, compassion and joy. She embraced life every day, and nothing fueled her passion more than children. Her unmatched efforts in building The NASCAR Foundation improved the lives of millions of children throughout this country. And because of that, her legacy will live forever.”

France was likely best known as a philanthropist, donating large sums of money for various causes that she believed in.  One of the most notable of these causes was health care for children, something that she believed that every child deserves.  One of her biggest project was “Speediatrics,” the Pediatrics unit at Halifax Health Medical Center in Daytona Beach, roughly one mile from Daytona International Speedway.  An addition Speediatrics unit has opened at Homestead Hospital in South Florida.

Funeral information has not been made available as of this time.