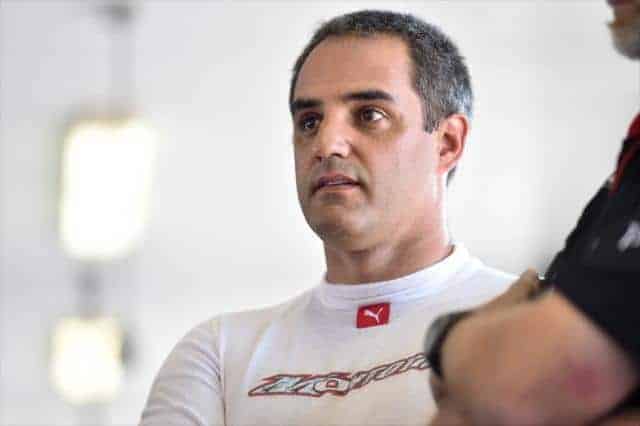 Any time you’re on a three-man list alongside Mario Andretti and Dan Gurney, you’ve done pretty well in your time behind the wheel of a racecar.

For Juan Pablo Montoya, after tasting victory in the FIA Formula 1 World Championship, Verizon IndyCar Series and NASCAR Sprint Cup Series, he can proudly call himself one of the most successful journeyman racers of all-time.

Bursting onto the F1 scene in 2001 – when Michael Schumacher ruled supreme in a car that was as loud as the vibrant red of the Ferrari chassis – Montoya grabbed a first victory at Monza, en route to a further six wins before leaving the sport in 2006.

Through seven seasons in his next journey, the Sprint Cup Series, Montoya once again won in his rookie season, winning at Sonoma Raceway in 2007.

At 40 years old, Montoya is currently in his third year of full-time IndyCar action after leaving Sprint Cup racing at the end of 2013. Winning three races entering the 2016 season – including the 2015 Indianapolis 500 – a lost championship by tiebreaker at Sonoma Raceway last season gave the hawkish driver an extra boost to get the title in 2016.

Montoya won the season-opening St. Petersburg Grand Prix in March, but the Colombian’s season took a quick decline afterward, as four finishes of 20th or worse populated a six-race run through the months of June and July. Sitting 13th in points, Montoya’s championship hopes appear to be lost.

But, as Montoya told Frontstretch at Pocono Raceway in August, he and the team have continued to push forward, bringing a different kind of “fun” to the mix in his later years of motor racing.

Then again, since his first day in a racecar, perhaps “pushing” is what he’s always done best.

Zach Catanzareti, Frontstretch.com: Going to the beginning, what was it about racing that first turned you on to it?

Juan Pablo Montoya: My dad used to race. I went to the go kart tracks since I was very young and it was just my passion.

Catanzareti: Describe your ladder system going up into Formula 1, how you got started and what drove you to get up into the biggest series in the world.

Montoya: I always raced with a hope of go karts. As a kid, you never understand the big picture, especially growing up in Colombia, you don’t see it and you don’t understand it. I raced a year here in the States and then I moved to Europe and raced in Europe.

Catanzareti: How different is racing in Europe compared to racing in the States?

Montoya: It was really tough. My first year there, especially the first six months. It was tough. It was really, really tough. The level was incredible but you knew you had to deliver. So I worked really hard through the year and I got to a point where we were getting the job done. It was nice.

Catanzareti: Where do your Formula 1 victories rank on your trophy case? How high do you hold those memories?

Catanzareti: Looking back on how you used to race with the aggression – you still have that – but do you believe you’ve become a smarter racecar driver over the years?

Montoya: Yeah, of course you become smarter. You end up assessing the situations better and that’s it. You take it as it comes. You got to be careful. Being too smart is not good for a racecar driver because you to push the limits and the envelopes. If you start getting comfortable, you start getting yourself in a bad situation.

Catanzareti: Traveling all over the globe for those many years, what’s it like seeing all those types of people and those kinds of tracks? How much do you value that experience you got?

Montoya: It’s OK. I don’t think about it too much. The day I stop racing, Ill look back on it and I’m going to have great memories of everything I achieved and that I’ve done. But nowadays, I don’t even think about it, you know what I mean?

It’s funny, I was talking to my guys here earlier today about Mid-Ohio, for example. And for me, Mid-Ohio was like three months ago and it was our last race two weeks ago.

Catanzareti: Can you describe going up the Eau Rouge corner at Spa? I spoke to Takuma Sato and he spoke about how it felt, especially in the early 2000’s going up there.

Montoya: Yeah, before the repave it was a lot of fun. It was really bumpy, you used to bottom-out really hard and it made the car really skid around a lot. It just made it fun. After they repaved it, it just became, like, not even a corner.

Catanzareti: Do you still follow Formula 1 today and still keep in touch with guys like [former McLaren teammate from 2005 – ‘06] Kimi Raikkonen?

Montoya: No, I really don’t. I’ve watched some races and that’s it. I did a little bit of TV for America last year and that was it.

Catanzareti: Moving to NASCAR, if you could pick one thing that really surprised you the most on what was different from F1, what would that be?

Montoya: How much the cars moved. I never thought – I knew they were going to be different but I never really expected them to be that different.

Catanzareti: What was your favorite moment?

Montoya: I think the beginning; the first three years were really good. Then we started making changes and it made it really tough because the cars weren’t as competitive. It made it frustrating when you went to places that you knew you could run well and you didn’t.

But it was OK, it was part of racing.

Catanzareti: Breakdown how different teammate roles are. From F1, it seems there a lot of pressure to beat your teammate. In NASCAR and now here in IndyCar, it seems there’s more of a teammate relationship. Is it different or similar?

Here, everybody has the same cars so it’s more important to make sure your team is ahead of everybody else’s. There, where the car is, it’s more of how well developed it is, and where you rank is if you can beat your teammate or not.

Catanzareti: Where do you think you’re at in your career right now? Being here in IndyCar, you’re still fast and winning.

Montoya: It’s good. This year has been frustrating because, as I said before, the speed is there, it’s just [pauses] I just cannot get a break. Today [in a practice crash at Pocono] we just made a mistake on cold tires in qualifying trim. We’re trying to prevent things from getting out of hand but we just haven’t made good calls about it. We just haven’t executed well.

It just seems like every week we just keep putting more dirt on top of us to make it even harder. It’s amazing, these guys just keep pushing and pulling together. It makes it fun.

Catanzareti: Returning here to Pocono after what happened last year. Have you paid attention to what F1 has done with the Halo device and the Aeroscreen and what are you thoughts on that?

Montoya: I think it’s fairly early days. I think they haven’t – not even in F1, they’re not sure what they need to do, how they need to run it. I think what happened to Justin [Wilson] was very tragic, it was a big loss for everybody. But if you really look at the bigger picture, it was a bit of a freak accident. The guy leading crashes and [Wilson] is running 20th and he gets hit? It’s tough. It can happen.

I think, in the future, you will see something done about it. You just have to make sure we don’t create another problem by doing so. That’s where IndyCar is really good.

My friend, excellent article but it is Colombia, not Columbia or Columbian driver. Thanks!!