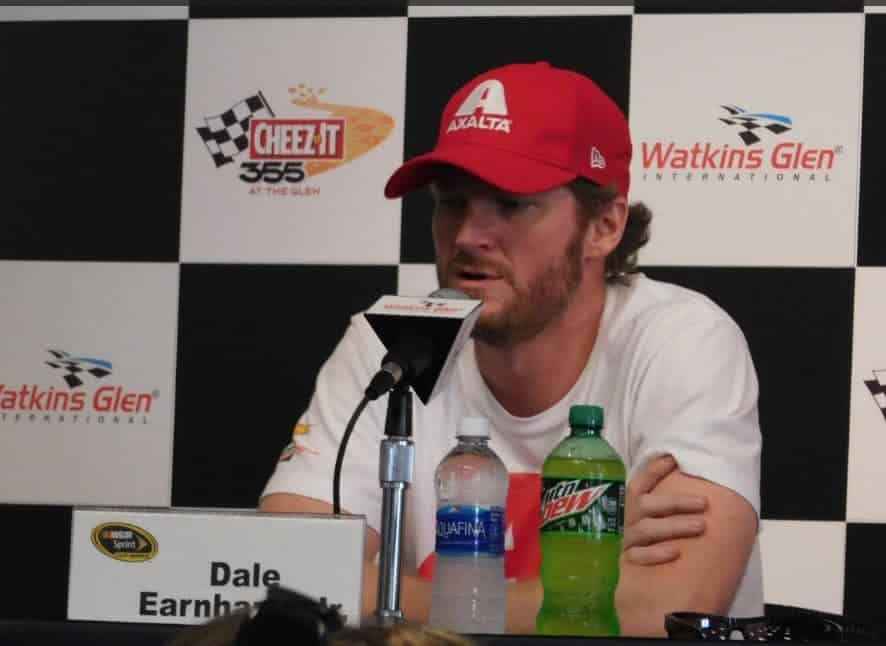 Did you notice? … Dale Earnhardt Jr. is still within the top 25 in points even though he has only run 18 of 24 races? He currently sits 22nd in the standings, ahead of 11 drivers who have made every race this season. Peers he’s currently beating? Paul Menard, Aric Almirola and Clint Bowyer, all of whom have qualified for the Chase since 2014.

This is little solace to Earnhardt’s fans, however – what they want is a healthy driver and a chance at some wins and a title when he returns. And while Earnhardt’s only chance to qualify for the Chase will be at Richmond – and that’s assuming he’s cleared in time and wins the race – his points position shows just how big of a difference there is between the haves and have-nots in the Cup garage.

Perhaps the best example of this lack of equity comes from a driver like Earnhardt’s Loudon and Michigan sub Alex Bowman. Bowman’s best non-plate finish during a two-year stint in Cup for BK Racing and Tommy Baldwin Racing was a 20th-place run at Bristol in 2015, yet in his two races driving for Hendrick Motorsports this season he ran in the top 10 before an accident at Loudon and engine issues at Michigan dropped him down the order.

But it’s not only Earnhardt and Bowman who have shown just how much good equipment can make up for in terms of missed starts. Tony Stewart, driving in two fewer races than Earnhardt this season, has the same amount of top fives as Earnhardt and currently sits just 41 markers behind the No. 88. And last season, Kurt and Kyle Busch missed three and 11 races, respectively, during the regular season and yet sat ninth and 27th going into the regular season finale at Richmond.

Did you notice? … Jimmie Johnson is starting to heat up again as the Chase approaches? It seems like we hear the same song every season: Johnson wins early and spends the remainder of the regular season experimenting for the Chase. But while Johnson won twice during NASCAR’s early West Coast Swing, it seemed as though this year’s slump might be different. Johnson’s summer stretch from Pocono through Watkins Glen only saw him finish in the top 10 once while racking up four crashes. Combine those “meh” results with HMS’ general lack of speed and it seemed as though Johnson might not even be a threat for the title once the points reset in two weeks.

But the last two races have been good for the No. 48 team, with two solid top 10s giving the team some much-needed momentum

heading into the postseason. Johnson and company will need all the momentum they can swing as the new elimination-style playoffs have been nothing but trouble for the driver who once made the Chase his personal playground.

Will he be able to put together another solid 10-race stretch or will there be another early exit before Homestead approaches?

Did you notice? … Quick hits before we take off…

Some of that has to do with the current point system NASCAR uses. There is virtually no difference between a last-place finish (1 point) and missing a race (0 points). So for these drivers who have missed some races for medical reasons, it’s not much different than if they’d had a stretch of bad races where they finished back in the 30s. So you can have a driver miss quite a few races and still rank 20-something in points. That was different under the old point system, but that’s how it is now.