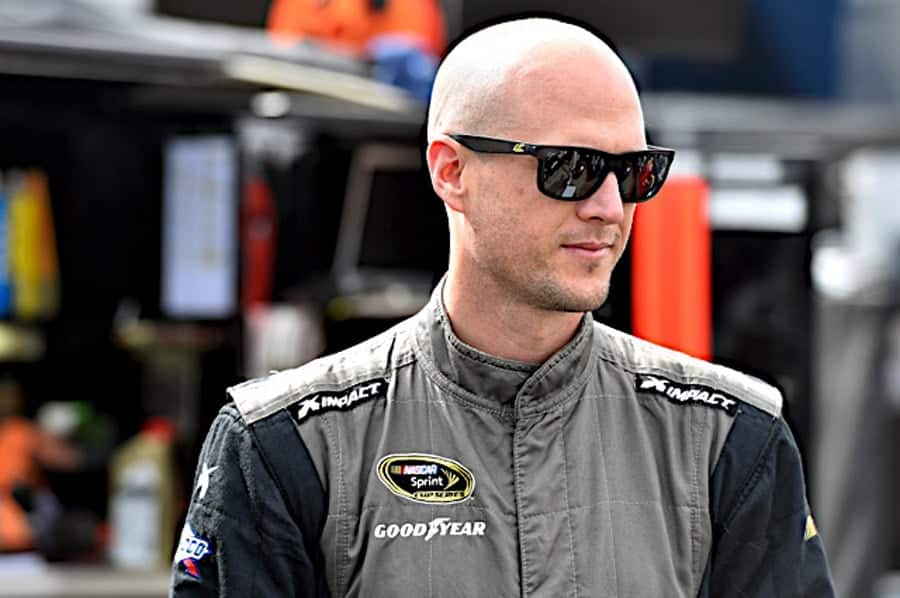 Earlier this week Josh Wise flocked to Twitter, hoping to gain sponsorship for this Sunday’s Southern 500.

We have been digging on getting a sponsor for a throwback scheme @TooToughToTame
Lots of irons in the fire.

NASCAR fans around the world tweeted out and got the word out that The Motorsports Group and Wise needed a sponsor for the second annual throwback weekend at Darlington Raceway, and in the end the efforts proved successful.

On Wednesday the team announced on Twitter that Incredible Bank would be the sponsor for Darlington, replicating Dale Earnhardt’s No. 30 ARMY car he drove at Charlotte in 1976.

“It’s a huge victory for us,” Wise told Frontstretch. “It means more than I can really describe. This season been filled with so many trials, and myself and the team have worked very hard. This is a great reward for our hard work and it gets my team and myself a good boost going into the final stretch of the season.”

With seven full-time employees on the team, including Wise, the car was wrapped and out of its Mooresville, N.C. shop, heading down the east coast to Darlington.

Wise has competed in 20 of the 24 races in 2016, including a season-high finish of 24th at Kentucky in early July. TMG is in its first full season of Cup Series competition, sitting 40th in the owners standings, last of all full-time teams.

Last season, driving for Go Fas Racing, Wise failed to qualify for the throwback race at Darlington. This weekend, there are 40 slots on the entry list, ensuring that he will be racing a throwback paint scheme.

“This was something that was very important to me,” Wise said of the throwback scheme. “NASCAR fans are so excited about this weekend and to miss the opportunity to take part would have been hard to swallow. We have thrown everything we have at trying to find a sponsor for weeks and when it seemed like nothing was going to happen, I figured I would reach out through social media to the fans. I’m so thankful for the support that transpired.”

The No. 30 has been sponsorless in 12 of the 20 races that the team has competed in this season. TMG also had no sponsors in the four races that it failed to qualify for, including the Daytona 500 and Brickyard 400.

Introducing Incredible Bank to the sport is something that the team would like to build upon, as the sponsor is set to return to the No. 30 car in two weeks at Chicago.