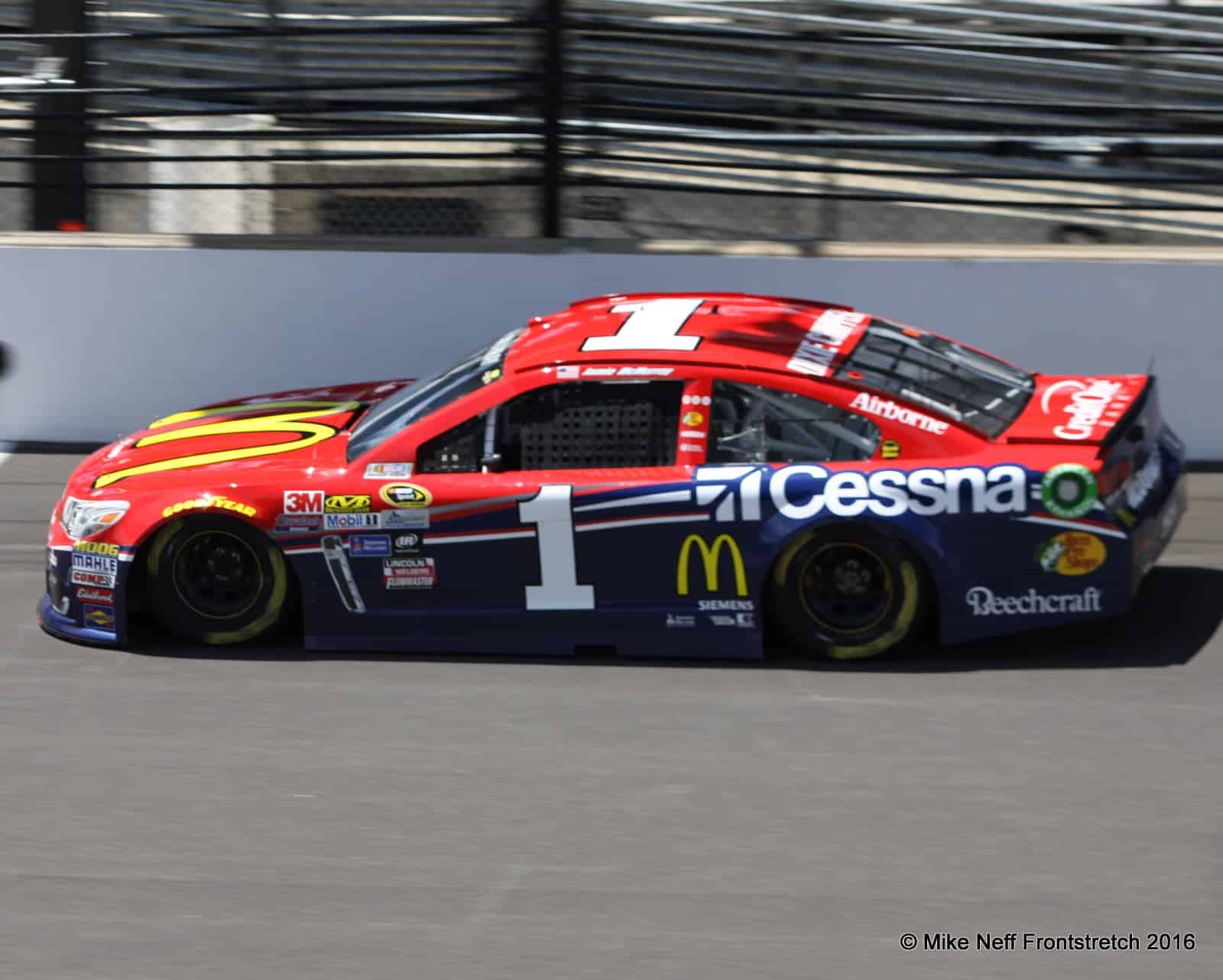 With only two races remaining before the Chase cutoff at Richmond, Jamie McMurray finds himself on the hot seat, currently sitting 15 points to the good of the bubble.

In recent weeks, Chip Ganassi Racing has been on an upward slide, with both of the teams consistently running toward the front of the field. Kyle Larson punched his ticket to the Chase last week at Michigan, leading 41 laps en route to his first career win and clinching his first ever playoff birth.

Prior to that race, McMurray sat comfortably on the Chase grid, sitting 42 points above Trevor Bayne, then the first driver outside the bubble. However, with five top-10 finishes in the last seven races, the No. 1 car is confident in the direction that CGR is going, even more so when he made his first career Chase in 2015.

“At this point right now our cars are the best that they have been in two years,” McMurray told Frontstretch during a teleconference. “Kyle [Larson] won last week, and we have consistently been running in the top 10 for like the last five or six weeks. If we can get locked in with the No. 42 car already in, I feel really good about our chances.”

The current hot streak of the former Daytona 500 and Brickyard 400 winner is one that McMurray has earned. Since Kentucky in early July, the No. 1 car has five finishes of eighth or better, including back-to-back-to-back eighth-place finishes. But, the team has failed to lead a single lap all season long.

In 2015, McMurray had 10 top-10 finishes in the 36 race schedule, failing to make it out of the first round of the Chase by a single point. Through 24 races this season, the No. 1 team has eight top 10s, with a solo top-five result at Talladega, coming home fourth. But compared to last year, he feels that the team has elevated it’s performance.

“Our whole team and our whole organization, we started off last year really the strongest that we were,” McMurray said comparing this season to last. “We made the final round of qualifying like the first eight or 10 races and ran really well. When we got to the Chase last year we brought new cars out, but they didn’t have any more speed in them than what we had been racing.”

Last season, McMurray was among the top 10 in points for 17 consecutive races, ranging from Richmond in the spring to the Southern 500. Though he is in the midst of one of the best streaks of his career, the highest he’s been in the championship standings is 12th. With new winners such as Chris Buescher and Larson, it has hurt the 15-year veteran’s chances of making the playoffs.

“If you look at the best time to win a race and the best time for the cars to be the best, it’s right now,” McMurray said. “The Gibbs [Joe Gibbs Racing] cars seem pretty normal the last couple weeks. My gut tells me they are holding back and maybe not showing everything that they have. Until you get to Chicago when everybody brings their best stuff out, it’s hard to pick anything at this point.”

The two races that remain between McMurray and a Chase slot are Darlington and Richmond, two tracks that he’s had some success at in the past.

At Darlington, McMurray has five top-10 finishes in 15 starts with a best finish of second in 2010. Richmond has been a place that he’s posted three fourth-place finishes since 2013, last year finishing 13th, already locked into the Chase.

McMurray, Chase Elliott, Austin Dillon and Ryan Newman are all separated by 27 markers. At the end of Richmond, if there are no new winners, the No. 1 car needs to be in front of just one of those drivers to make the Chase.