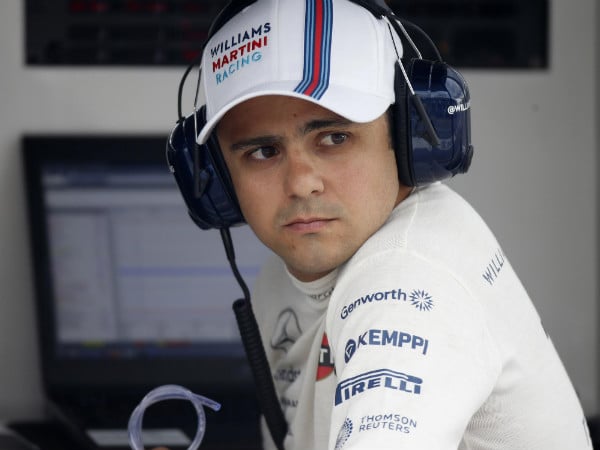 This week Felipe Massa announced that this year would be his last in Formula 1.  In some ways, this proclamation comes as no surprise.  The 35 year old Brazilian driver has put together a rather solid, yet hard to say it, unspectacular career.  Let’s look at the numbers first.

In 242 starts, Massa has earned just 11 wins.  Sure, his time driving for Sauber and current team, Williams, are probably not the best barometer for success, but he still drove for the much-heralded Ferrari team for eight years.  With that in mind, 11 wins looks a bit paltry.

Even if wins may not be the best marker of a career in F1, as the team has almost everything to do with success, Massa’s appearance on the podium hasn’t always been common.  For his years in the sport, he’s amassed just 41 podiums.  These statistics seem to indicate that Massa is a decent driver but not one of those talents that found a way to drive a car to exceptional limits.

These assertions are not to say that Massa is a bad driver or bad teammate.  He’s neither one of those things.  He’s been a stalwart in the series for quite a while now and a driver doesn’t maintain that position without having something to offer.  It’s just that he’s never been exceptional.

It’s possible that his career may have been drastically changed had he won the driver’s championship in 2008 when he lost to Lewis Hamilton – by one point – but what if’s are not a way to analyze anything.  If that were the route to take then looking at how his life was altered at the Hungarian Grand Prix in 2009 might be a better place to start.  There, during the second round of qualifying, Massa hit a spring that came off of Rubens Barrichello’s car, with the spring shattering through Massa’s helmet.  He sat out the rest of the season.  That injury ended a three-year run where he had finished in the top four in points.  Henceforth, he would finish no higher than sixth.

Massa may best be remembered for losing the driver’s championship, and in some ways that’s more than many other drivers will ever have.  What he should be remembered for is being a welcome presence on the grid.  Massa has never been one to lash out at his team, and with few exceptions, has rarely said anything against his teammates.  His quiet presence will be missed.

– Max Verstappen has not been immune to criticism since joining Red Bull this year.  The drivers who he has incensed the most been the Ferrari duo of Sebastian Vettel and Kimi Raikkonen, something that didn’t change at last week’s Belgian Grand Prix.  Starting the race, Verstappen failed to get to full throttle as quickly as Vettel and Raikkonen, but entering turn one had pulled alongside the two.  The three collided with Verstappen prevailing and continuing the trend that is now becoming solidified.

The move made director of competition, Charlie Whiting, hold a tete-a-tete with Verstappen prior to this week’s Italian Grand Prix.  The result seemed to be of little consequence, but the matter seems to make one question something else: just how hard are drivers “allowed” to race each other?

What seems to be occurring is that Verstappen, as a young driver, is antagonizing the elder statesmen by driving them harder than they are used to.  How dare he!  One of the fascinating things in sport is watching young participants bring their brash attitude and enthusiasm in an arena where the veterans have their acknowledged way of doing something.  What will be interesting to watch is how Verstappen drives going forward, especially as his team director, Christian Horner, has supported him fully.

– With Massa vacating his seat at Williams Martini Racing for next season, there might be some intrigue with regard to how the driver line-up shifts.  Jenson Button, currently with McLaren, long has been rumored to take that seat as McLaren looks to move Stoffel Vandoorne up to drive with Fernando Alonso.  All that seems like smooth transitions until the plight of Sergio Perez is factored into things.  The better wording there might be to look at how the sponsors behind Perez see things as they seem to be unhappy with him driving for Force India.

McLaren’s contract with Vandoorne is up for renewal this month, which means that some kind of decision is forthcoming.  The big question for the team is whether or not they want to move the young talent up to an unproven car or lend him out for the 2017 season, which is tied to whether or not it’s best to have Button shake down the car for one more year in preparation.  For the most part silly season has been quiet this year but it looks like it may get a little more interesting.

The first Italian Grand Prix came into being in 1921.  The track, Autodromo Nazionale Monza, or better known as Monza, has hosted every Italian GP since 1950, with the lone exception being 1980, when it underwent significant upgrades and is 3.6 miles in length and has 11 turns.  One of the key elements of the track is the high speeds and does not have some of the tight turns elsewhere.  Not surprising, Michael Schumacher leads all drivers with five wins, while Vettel and Hamilton are tops among active drivers with 3 apiece.