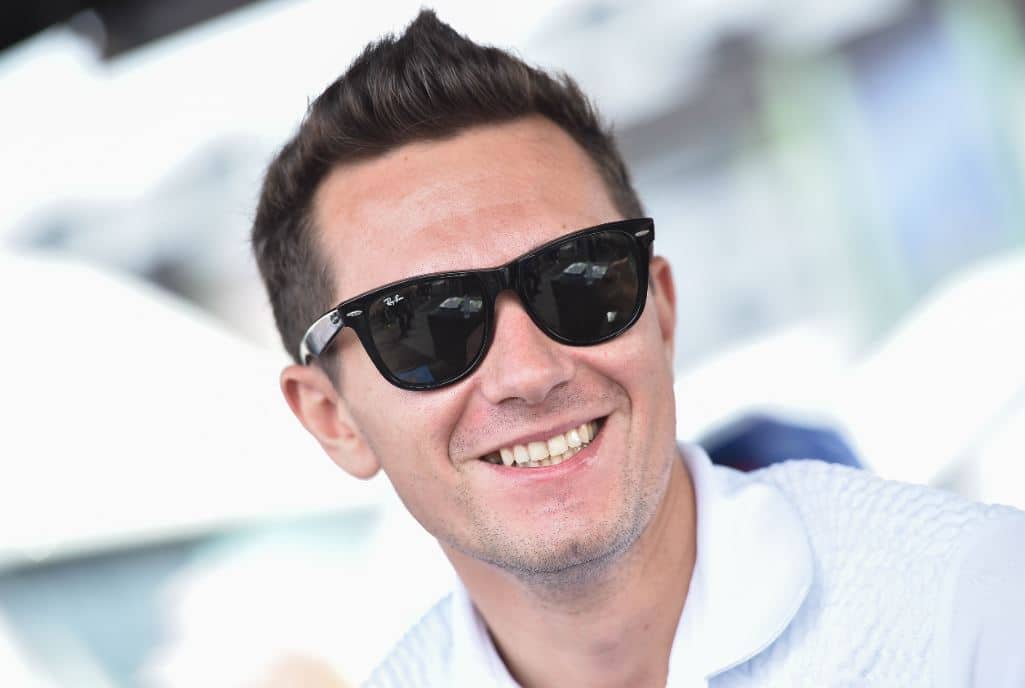 When Ryan Hunter-Reay sat in disbelief when asked about Mikhail Aleshin‘s comeback from a season-ending crash at Auto Club Speedway in 2014, Aleshin replied with a statement that runs deep in his racing background: “Don’t forget, I’m from Russia.”

Suffering multiple broken bones and a concussion in that Fontana accident, Aleshin made his comeback at Sonoma Raceway last summer, finishing 10th for Schmidt Peterson Motorsports.

With a full-time deal set for 2016, Aleshin burst out of the gates with a fifth-place finish at St. Petersburg in March before qualifying a strong seventh for the 100th Indianapolis 500 in May.

Despite eight consecutive finishes of 13th or worse, the return to oval racing at Iowa Speedway was well-timed, giving Aleshin another top 5 to his year. With solid momentum heading into the 500-miler at Pocono Raceway, Aleshin outperformed his expectations, grabbing his first pole and leading 87 laps before finishing second to Will Power.

Sitting down with Frontstretch before his pole lap at Pocono, Aleshin spoke about his start in racing, why IndyCar is where he wants to be and how his return has molded his passion to compete.

Zach Catanzareti, Frontstretch.com: Why did you get into racing? Did you like racing when you were a kid?

Mikhail Aleshin: Yes, definitely. Me and my dad always watched F1 races. We definitely liked it then I tried go karts and I liked it as well. Obviously, I was a kid at 7 years old so why would you not like the go karts?

And that’s how it all started.

Catanzareti: Was F1 the biggest racing in your mind in Russia growing up?

Aleshin: Definitely because that was the only professional racing that was shown to me at this time.

Catanzareti: Breakdown how you got into IndyCar, GP2 and that whole ladder system you used to get where you are now.

I did some GP2 races but couldn’t focus too much on that. Then I went over here to IndyCar because since around 2010 I was thinking about IndyCar more than anything else.

Catanzareti: Did you imagine yourself racing in the US?

Aleshin: I could imagine, yes, since 2010. Before, I had different priorities but I always wished to race IndyCar a little bit because I wasn’t sure how it was here. It’s just so different but I’m very happy to be here because that’s exactly what I needed.

Catanzareti: When did IndyCar first come into mind? When did you get the idea to come over?

Aleshin: I thought it was going to be good stuff, good idea to do that. I had a test at the end of 2013 with Sam Schmidt’s team, where I am at the moment. After that, we signed the contract. I went to the test and that was my first time in the US.

Aleshin: I had that podium from the first season and, of course, every time going to a new track, it’s amazing compared to what I had in Europe. I had been racing there for 15 years so it’s all the same tracks, you don’t learn anything. Here, you come and it’s completely different world. So that’s what I loved about it.

Catanzareti: After your Fontana accident at the end of that season, what was the 2015 year like for you getting back into a racecar?

Aleshin: It was great. The doctors told me not to race so much next year [2015] but I raced.

Catanzareti: You didn’t have any second thoughts about racing again? You really wanted to race again?

Aleshin: Yes, of course. I don’t have any problem with that. That’s not my first accident, it’s no problem at all. I came back last year in the last race of the championship in Sonoma, finished 10th up there straight away.

Again, I wanted to come back to this team because it’s a great team. I had a lot of good memories from it. This team moved forward from that as well. I am happy to be here.

Catanzareti: Mid-Ohio, you led a lot of laps, how much confidence does that give you going into these final races of the season?

I think a win is in the near future for Aleshin. Fun racer to watch, he’s pretty fearless. Thanks for the article!