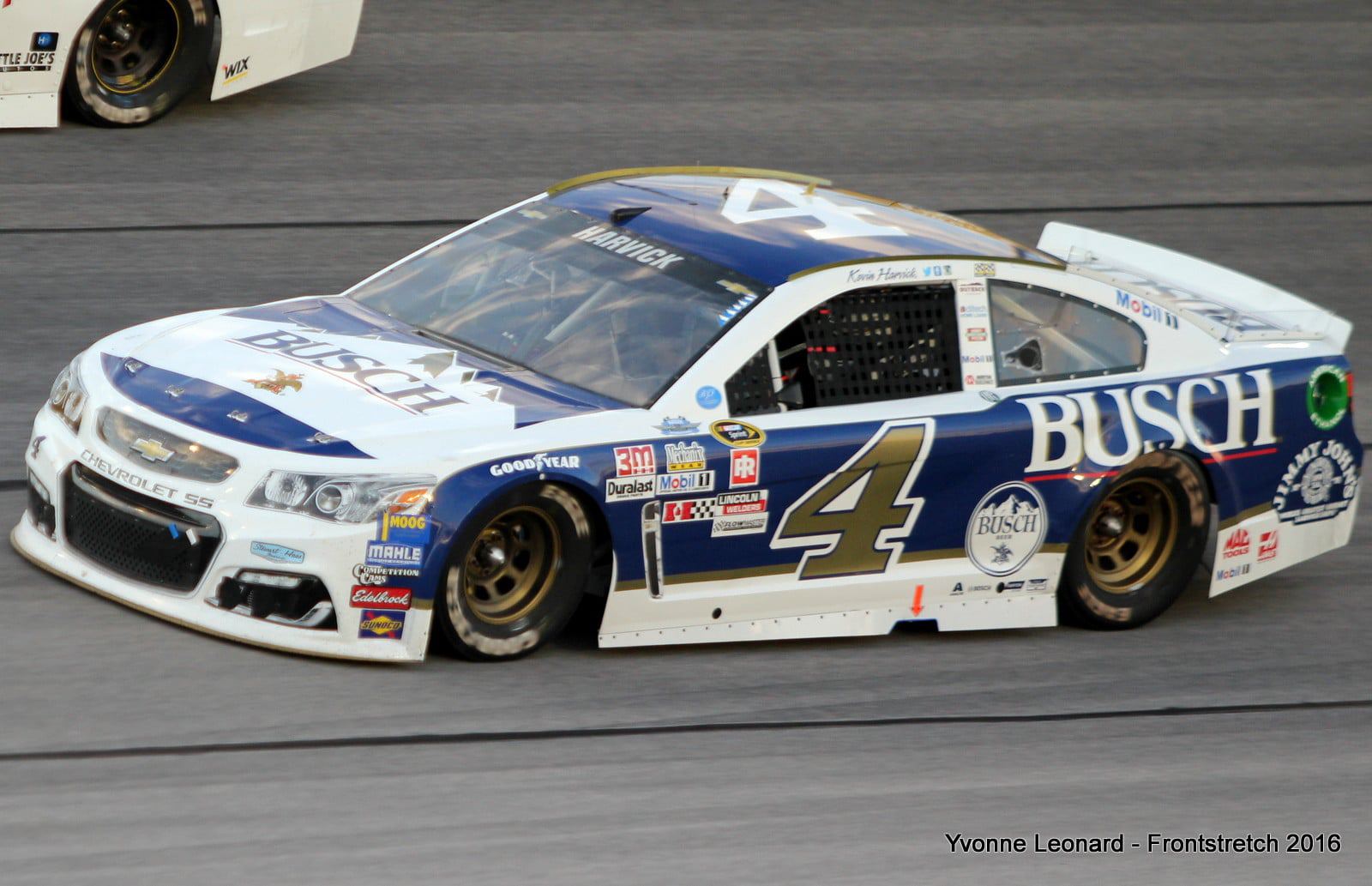 If taken only in fleeting glimpses, Sunday’s throwback-filled Bojangles’ Southern 500 at Darlington Raceway may well have looked like the days of old. Liveries of stars retired or otherwise long gone filled the NASCAR Sprint Cup Series field and the only non-throwback scheme —Brian Scott‘s No. 44– met an early end after a collision with Allison… err.. Tony Stewart’s No. 14 Chevrolet.

Through all of the throwbacks and fun, however, a real race with championship implications played out. In the end, it was Martin Truex, Jr. taking his second victory of the year in one of the season’s four big races.

Truex’s win gave Toyota a sweep of the season’s grandest events and helped once again to remind people that the veteran’s near-win in the Daytona 500 was more than just a lucky fluke.

Did Truex finally rise to the top of our rankings with his first multi-win season? Let’s take a look and see.

“Pit road mistakes or not, Harvick’s team is among the top performing at this point in the season.” – Jim Utter, Motorsport

“Had a fast race car Sunday night but problems with loose wheels cost him any shot of winning the race.” – Pete McCole, AutoRacing1
“I know NBC televised the race, but I would have laughed if they brought Darrell Waltrip in to the broadcast booth for just enough time to sing, ‘You picked a fine time to leave me, loose wheel.'” – Bryan Gable, Frontstretch

“Is he peaking at the right time or still too early?  We’ll find out in the Chase.” – Gable

“Busch and his team could never seem to get a handle on the racecar all night. Managed to get up to fourth place but faded pretty quick.” – McCole

“Had a disappointing Southern 500, but still contends every week. His collapse-under-pressure days seem behind him.”  – Turnbull

“Consistently fast, but gremlins continue to dog his efforts.” – Spencer
“The No. 19 team has been rather quiet lately, and a tire rub certainly did not help matters.” – Gable

“Turned the corner after a tough summer.” – Utter
“Did very well at Darlington.  Still think he’ll need one of those ‘sexy restarts’ Saturday night though to completely lock himself into the Chase.” – Phil Allaway, Frontstretch
“Sunday’s finish at Canadian Tire Motorsports Park should’ve brought back memories for Elliott – his first NASCAR win came in similarly dramatic fashion after contact with Ty Dillon in 2013.” – Bearden

“The number of times he has posted practice speeds outside the top 20 only to turn around and finish in the top 10 will never cease to amaze me.” – Gable
“Did not have Ricky Craven Tide Ride luck at Darlington, but ran well.” – Turnbull

These two drivers both went in to Darlington looking for a win to build some momentum with the Chase approaching, but their hopes of winning were left in the past with their liveries. Better luck at Richmond, gentlemen.

Jimmie Johnson (11 Points) – “A promising start to the Darlington weekend turned sour in a hurry.” – Spencer

How they’re made: Following the conclusion of each NASCAR Sprint Cup Series race, members of a voting panel, including Frontstretch writers, members of accredited media including Motorsport, NASCAR and USA Today, as well as writers from other sites and social media favorites submit their top 10 drivers for the Power Rankings. The drivers are then given points based off their position, with first place getting 10 points, and each subsequent driver getting one fewer point until the 10th-place driver, who gets just one. Points are then tallied, and the rankings are created.