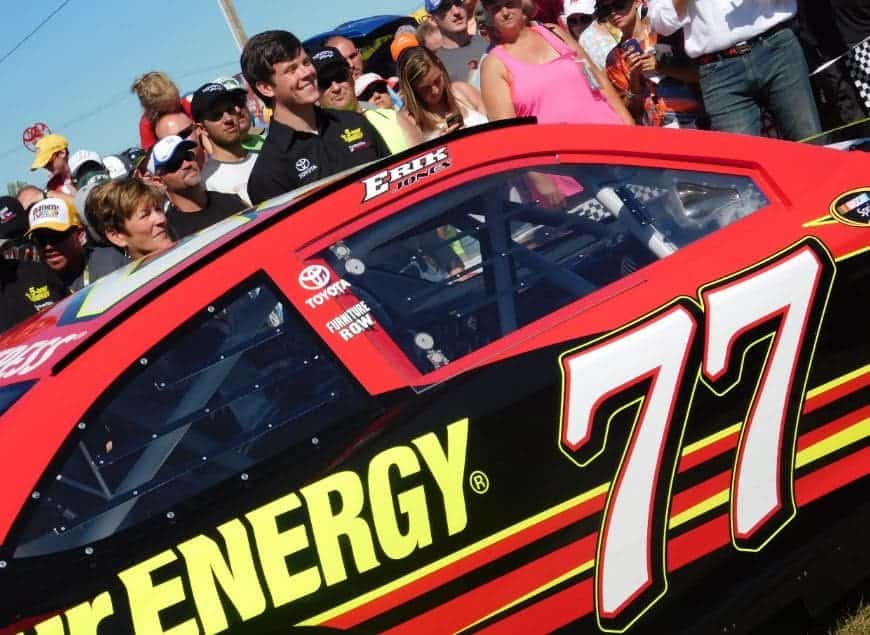 Currently the leader of the No. 18 XFINITY Series team for Joe Gibbs Racing, Gayle has recorded nine victories in 2016, seven with Kyle Busch and one apiece with Denny Hamlin and Sam Hornish, Jr. Since 2013, he’s racked up 17 total victories as a crew chief.

“I watched Furniture Row Racing from afar and have been impressed with the success they have had with Martin [Truex, Jr.] in the No. 78 Toyota,” Gayle said in a team press release. “This is a great opportunity to join a first-class team led by owner Barney Visser, who is deeply committed to provide the necessary resources to be successful in the Cup series. I also want to help Furniture Row Racing grow an already strong relationship with Toyota and Joe Gibbs Racing.”

Gayle and Jones worked together in the XFINITY Series during the 2015 season. In eight races together, the duo picked up a victory at Chicagoland Speedway, leading a race-high 94 laps. During the eight-race span. the team had three top-5 finishes and seven top 10s.

“I have had the opportunity to work with Erik in the XFINITY Series and there is no doubt in my mind that he has an incredible future in the Cup Series,” Gayle said. “His talent and maturity are beyond his years and there’s not a better young driver to work with as I begin a new chapter in my career.”

There are no plans to move Gayle over to the No. 20 XFINITY Series car for the remainder of the season in preparation for the grind next year in the Cup Series. A replacement crew chief for Gayle in the series has not been announced.