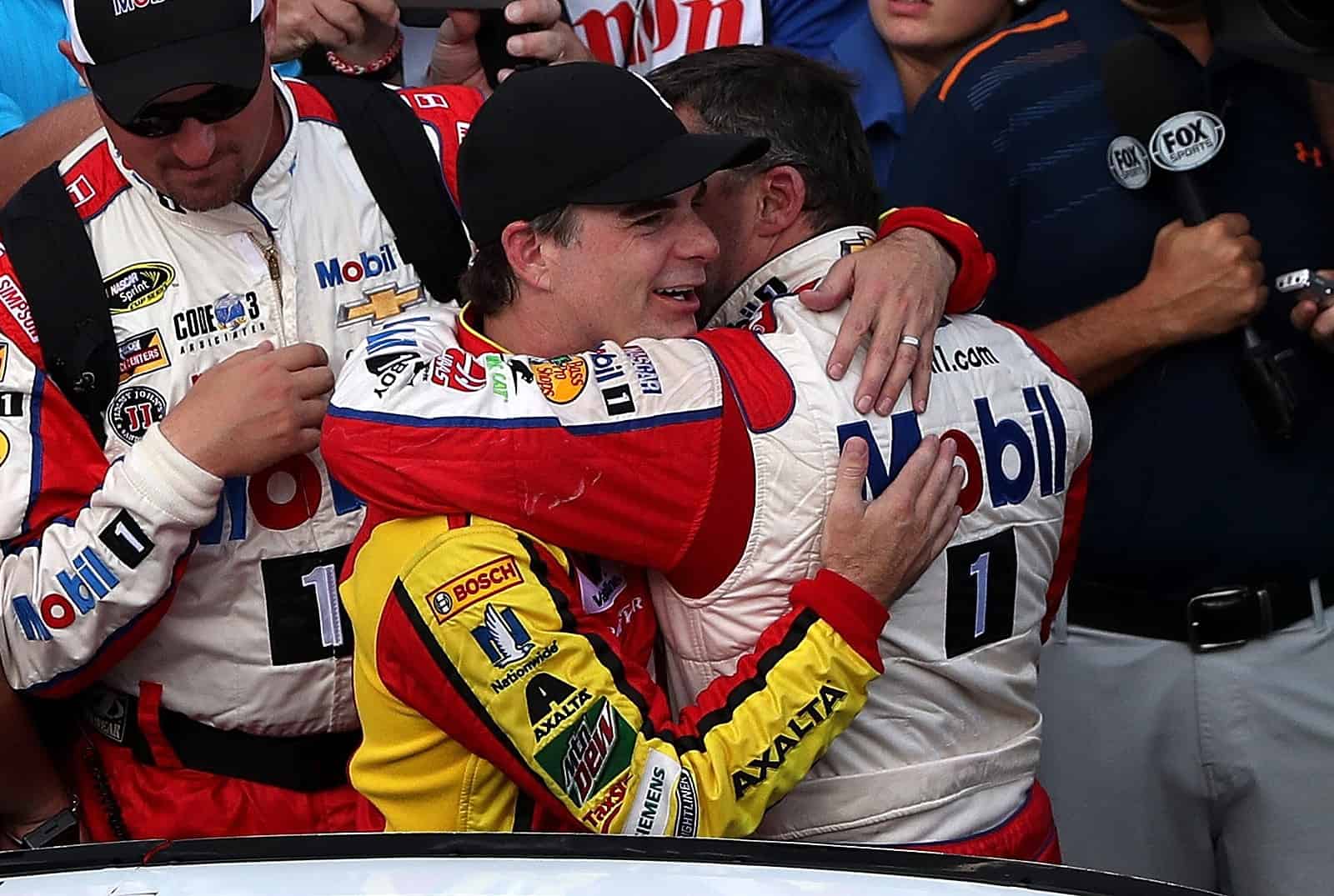 In some alternative universe right now, much like our own yet inherently different in a few capacities, the NASCAR Sprint Cup Series (or the NASCAR ____ Cup Series — fill in the blank!) is entering its second race of the season at Richmond International Raceway with nary a whisper of the Chase for the Sprint Cup, because it doesn’t exist. The point system is instead cumulative to the end of the season, or, I dunno, sudden death, something different.

You ever envy those theoretical others? Wouldn’t blame you; we reach critical mass this week with talk of the Chase, what with the regular season of the series ending after this weekend and the 10-race playoff kicking off the following week. For the 40-car field at Richmond, it’s their last chance to have a shot at the championship; after Richmond, well, if you’re not in the top 16, there’s always next year.

And it won’t slow down from there — because why would it? Weeks, months have been spent talking up the Chase, and once it’s here, it’s not like everything just falls off without another mention. Get ready for two and a half months of discourse about who’ll slot in where, who’s moving on, whose title hopes have been dashed, etc., etc.

But hey, look, there’s a race this weekend regardless of the Chase — two, actually, when it comes to the NASCAR national touring series. And there’s plenty to talk about that has little or nothing to do with the Cup title, too.

The thing to remember about Tony Stewart and Jeff Gordon is that neither of them have a Chase berth on the line this weekend. Stewart’s already in by virtue of his win earlier this year, and Gordon’s far from eligible. So both of these soon-to-be-retired and sorta-retired drivers’ have no bearing on anything other than the simple concept that Saturday night could very well be the final time each of the multi-time Cup champions will strap into a Cup car at a track that’s been good to both of them.

These are drivers who’ve found success at practically all of the tracks they’ve run, and Richmond certainly slots in as a fairly bountiful harvest on both ends. Plus, Gordon still has nothing to lose, while this is Stewart’s last race where he can drive with reckless abandon (that is, until/if he gets knocked out of the Chase come next week), so there’s little to lose and much to gain.

2. Will every driver be running at the finish yet again at Richmond?

You know what’s incredibly rare in any NASCAR series? Having the full field — whether it’s 40, 32, whatever — still on the track when the checkered flag flies.

You know what’s even rarer? Having it happen twice at the same track in one season.

But that’s a possibility this weekend, since the April Richmond race featured a 40-car finish, something that’s even more of a feat given that it happened on a short track, which are often known for their feisty, no-holds-barred racing.

Look, will it happen again? Probably not. When it comes to the spring Richmond race? Sure, OK. The fall event? This thing could get dicey even before the concept of a playoffs was introduced. Hard to imagine summer 2016 will see a single-file race without even a small sampling of crumpled sheet metal before the night is over.

Well, despite a 43-car entry list that features three full-time Cup drivers (Brad Keselowski and Austin Dillon are coming down for a Friday night show too), it should be a good show at Richmond as the series nears its inaugural Chase after next week’s Chicagoland Speedway event. As it stands, four different drivers could make their XFINITY debuts — Brandon Hightower, Brandon Brown, Alli Owens and Clint King — while a fifth, Austin Theriault, will attempt his season debut in the series after a few Camping World Truck Series starts.

Add to that part-timers like Gray Gaulding, running his second race for Roush Fenway Racing, and Jeb Burton, a former full-time competitor relegated to intermittent starts in the No. 98. Hermie Sadler even comes out for a rare event instead of interviewing drivers on the television broadcast.

There’s even Alex Bowman, now a bona fide replacement for Dale Earnhardt, Jr. in the Cup Series over these last 11 races but also a very good candidate for a first-time winner this weekend (since we’ve had such a rash of those lately and all).

Even if Busch and Keselowski run away with the thing, at least there are some good stories to follow.

If Gordon should win do you really think Brian wouldn’t make up a new rule to get him in the ludicrous chase? Because he can!

Hehehehehe…History does often repeat itself. :)