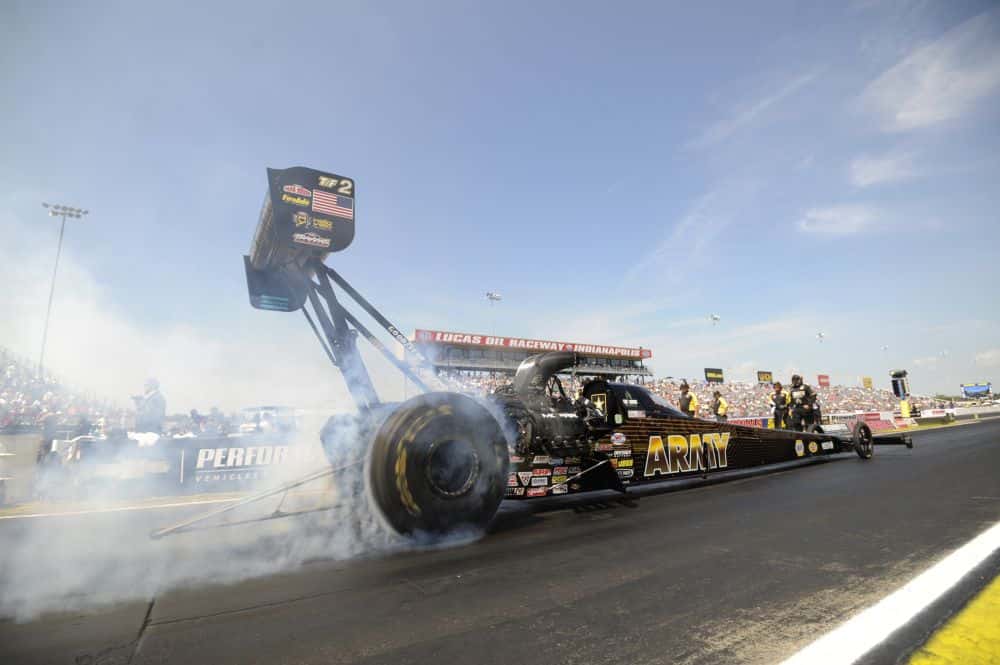 For starters, there was the Traxxas Nitro Shootout. Interesting observation: the ladies did quite well as Leah Pritchett faced off against teammate Tony Schumacher on the Top Fuel side. Give it to the veteran as Schumacher walked away with the win, his second in the All-Star event. He made it a true daily double and won his 10th U.S. Nationals title on Monday so a good weekend for The Sarge.

On the Funny Car side, Traxxas driver Courtney Force went up against teammate Robert Hight  and came away the victor in her sponsor’s event. Happy sponsors are a good thing. Monday was the thing though and it was Matt Hagan who took home the big trophy for the U.S. Nationals win in the end. Hopefully it made an ailing Hagan, who was suffering from a head cold, feel better, but I can’t unhear the snot comment so thanks for that, Matt Hagan. If you were watching, surely you know what comment I mean.

Perhaps lost in the shuffle was the completion of Pro Stock’s rained out finale from Seattle. Give it to the underdog, Aaron Strong over Vincent Nobile. Strong had never even scored a round win and now he has a Wally. Anything can happen in drag racing, perhaps more so than in other forms of motorsports.

“I can’t even believe it. Pro Stock has been around for 40-plus years, and to be one of the very few like that, it’s unbelievable,” said Strong. “With all my years of bracket racing, I did look at the scoreboard – even though I shouldn’t in a Pro Stock car –and saw my win light on. I was like, ‘Is my win light on or is that just the sun on it?’ but it was lit up.”

Robert Hight and Ron Capps both walked away from scary incidents, a testament to the safety measures in place in NHRA. In Hight’s case, it’s almost mind-boggling to see someone sit in the middle of an explosion the intensity of what Hight did and then appear on television talking about his day in the office just minutes later.

Capps got upside down in the gravel when his chutes failed to open and he could not get the car stopped during Sunday qualifying. He was fine, although very anxious, and rightly so, about the fact that he was trapped in the car until safety crews could get enough hands on deck to flip him back on his wheels. There are two ways out of a Funny Car and neither of them are an option when it’s on its lid.

And then there was Big Chief. He didn’t qualify for eliminations, but he didn’t realistically expect to. He was at a big power disadvantage and he knows he needs a different engine combination to be competitive. Most fans probably understood that too. They still turned out to see him. Drag racing being what it is, they had the opportunity to go to the pits and see the Crowmod up close and perhaps meet Big Chief. That being said, mission accomplished for both Shearer and NHRA. We’ll see where that goes next.

Finally, there is the Countdown. Indy was the last regular season race and the field is now set. Leah Pritchett squeaked in ahead of Terry McMillen, Alexis DeJoria didn’t have the weekend she wanted but stayed ahead of Chad Head, Alex Laughlin missed his chance in Pro Stock, much to the relief of Elite teammates Jeg Coughlin and Erica Enders who were on the bubble, and a wide open Pro Stock Motorcycle field was whittled down to the ten contenders with the back half of the top ten locking in at Indy. On to the next to get the Countdown underway. 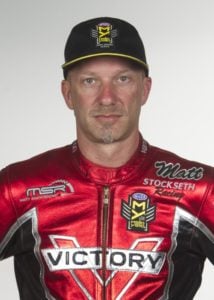 Some things most people don’t know about Matt: Matt is a second generation racer and his father is none other than 2013 Pro Mod champion Rickie Smith. They became the first father and son to win NHRA championships in the same season that year. Racing is also for couples and in that spirit, Matt’s current PSM teammate is his wife, Angie Smith.

In case you missed it, Ron Capps had a scary ride into the sandpit and onto his roof. Capps was fine, but it took a few minutes to get him out of the car. Since the exits for a Funny Car are either to flip open the body or go out the roof hatch, neither was accessible while Capps was upside down. Safety workers had to flip the car back onto its wheels to get him out.

Word of the Week: Line-loc

If you were watching the finals of the U.S. Nationals, you might have seen Pro Stock driver Bo Butner roll off the starting line before the Christmas Tree came down in his first round loss to Curt Steinbach. It was noted that it appeared to be a failure of his Line-loc. This is a mechanism that locks the front brakes on the car so that a driver can do a burnout and also to remain still on the starting line prior to launch. You can hear a Pro Stock car revving up before the drivers leave the line—Line-loc allows them to do this and remain in place. A driver rolling off the start prematurely means for some reason the system did not hold the car.