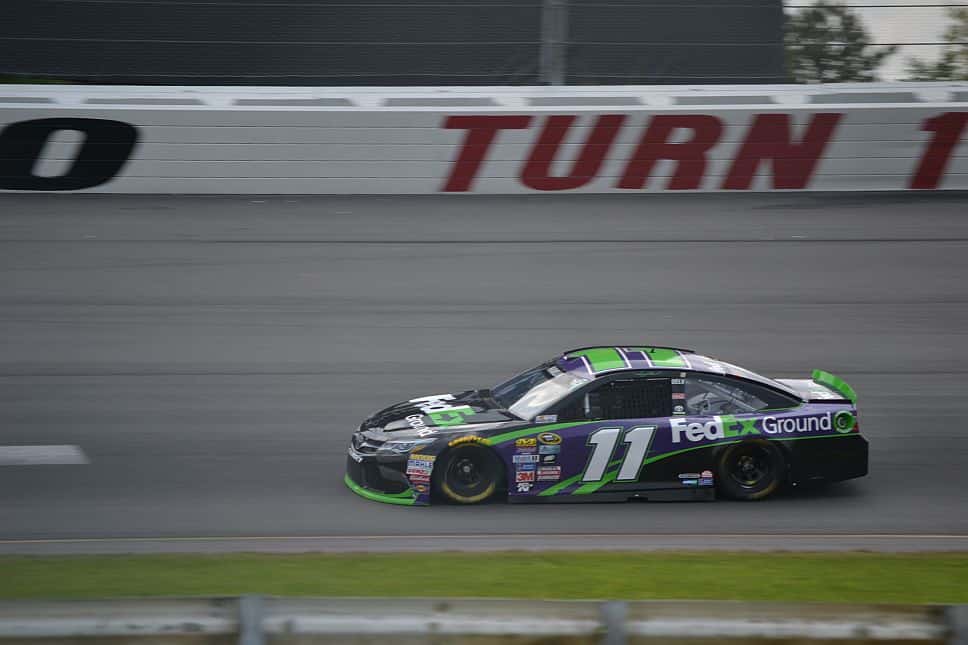 Denny Hamlin has a good seat as the NASCAR Sprint Cup Series begins its final race of the regular season before the Chase for the Sprint Cup begins next week.

Hamlin won the pole for the Federated Auto Parts 400 at Richmond International Raceway, starting on the front row as the field fills out the Chase Grid Saturday night.

Hamlin’s Gibbs teammate Matt Kenseth will start third, while Jamie McMurray is the highest starter who is not already locked into the Chase, taking the fourth spot.

Jeff Gordon and Tony Stewart, in what may be their final Richmond starts, will roll off the grid 11th and 14th, respectively.

Only Cole Whitt failed to qualify.

The Sprint Cup Series tackle Richmond tonight (Sept. 10) at 7:30 p.m. ET. The race will set the remainder of the 16-spot field for the Chase. Currently, 13 drivers have won their way in, meaning three spots will go to the best finishers in points, barring a win by a driver not already locked in.

Chase Elliott, Austin Dillon and McMurray currently hold those positions, with Ryan Newman, Kasey Kahne and Ryan Blaney the next closest. A fourth spot may be available on points if Chris Buescher, currently 30th in points, drops outside the top 30 by race’s end. He comes in 11 points ahead of 31st-place David Ragan.

The race will be televised on NBC Sports Network.