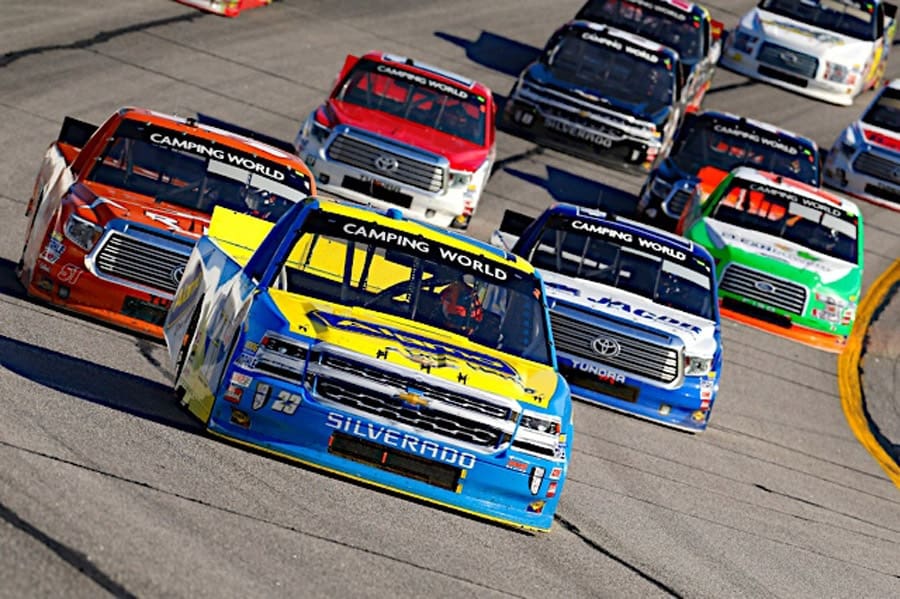 The NASCAR Camping World Truck Series will close out its regular season this Friday night at Chicagoland Speedway.

Matt Tifft will make his return to competition following undergoing surgery to remove a low-grade glioma in the brain in June. He will pilot the No. 11 for Red Horse Racing on Friday night for the fourth time this season. His best performance came in his last outing at Charlotte in May, where he finished fifth.

Kyle Busch returns behind the wheel of his organization’s No. 18 this weekend. He has two top-five finishes in his three Truck Series starts this season, including a victory at Martinsville. In his last start at Kentucky, he finished 30th after crashing.

Daniel Suarez will make his ninth Truck Series start of 2016 this weekend. His best result of second this season came in May at Dover. In this event one year ago, he finished fourth.

Action from Chicagoland begins on Thursday with two practice sessions, the first at 4 p.m. and final at 6:30 p.m. (all times ET). Qualifying will take place on Friday at 4:45 p.m. followed by the race at 8:30 p.m. on FOX Sports 1.