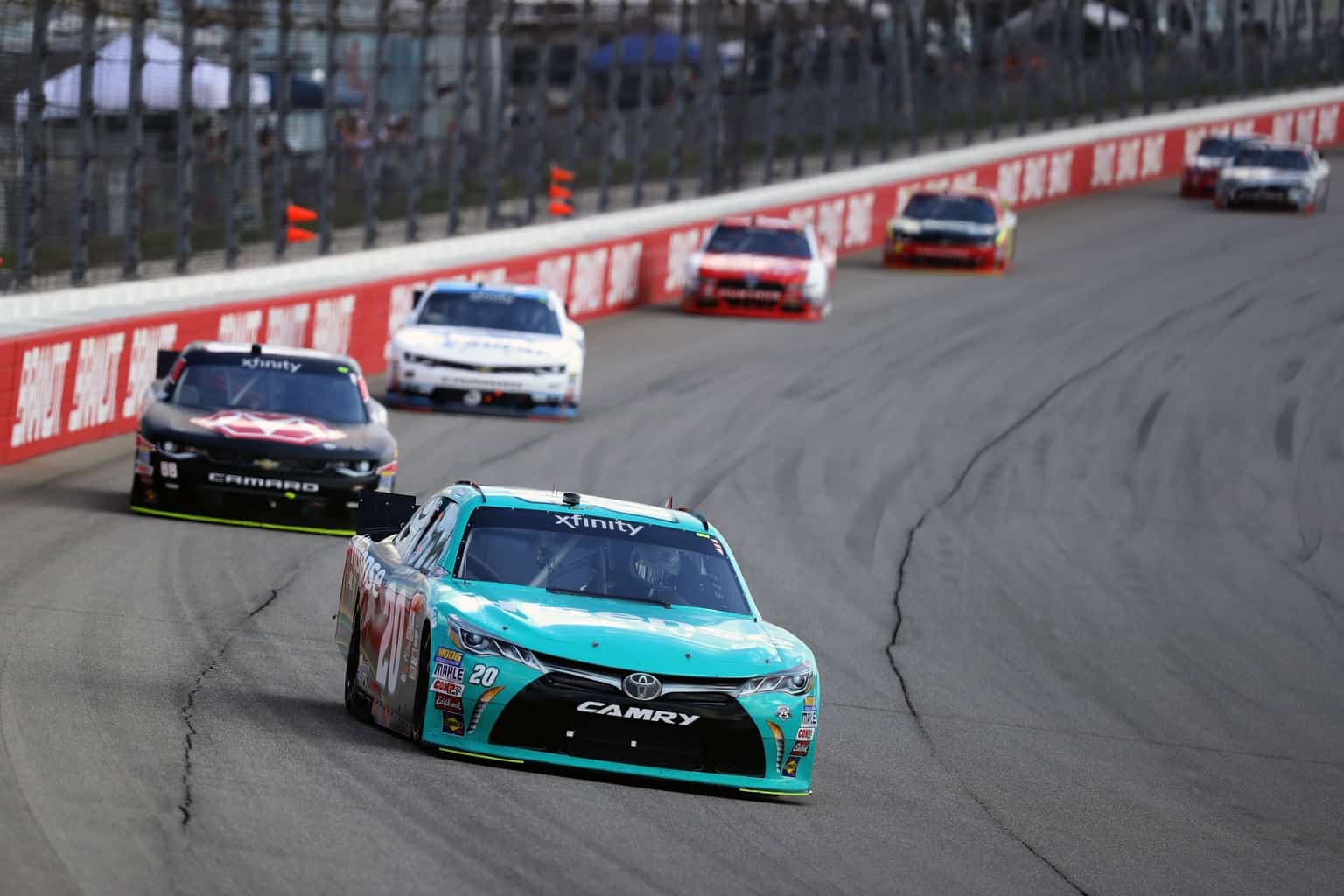 Joe Gibbs Racing’s No. 18 Toyota entered Chicagoland Speedway looking untouchable on 1.5-mile tracks in the NASCAR XFINITY Series this season, with four poles and five wins in five races. For much of the race, it seemed like that trend would continue, too. But when Kyle Busch spun with a flat tire on lap 181, it was his teammate Erik Jones that took advantage for a critical win.

Jones drove to the lead on the race’s final run and held off a hard-charging Kyle Larson to claim the Drive for Safety 300 at Chicagoland, his sixth-career XFINITY Series victory, and fourth of 2016. Thanks to the win, Jones will enter the inaugural XFINITY Series Chase six points ahead of his closest competitors with the top seed in the playoff.

“I knew we were in a good spot on tires, but we pretty far back – think we restarted sixth there,” Jones said. “I didn’t know if Hisense Camry was going to have enough time to get back up to the front, but we had a really good restart and got clear to third and then just had to go chase Elliott (Sadler) down. It was a matter of time before we got around him. What an awesome day. Get a win before the Chase, this is a great momentum for us.”

Larson soared over the final stint to catch Jones with two laps remaining, but a failed pass attempt and trip into the outside wall left the Sprint Cup Series regular .392 seconds behind Jones when the checkered flag flew.

Elliott Sadler held on for third after being passed by the top two in the final 10 laps. Daniel Suarez and Justin Allgaier rounded out the top 5, with Clint Bowyer, Joey Logano, Brendan Gaughan, Paul Menard and Brandon Jones completing the top 10.

The caution flag waved eight times on the day, with the last caution flying for a spinning Busch from the race lead. Busch would maintain his place on the lead lap after the crash, but rose only to 13th over the final run after restarting at the tail-end of the field for a pit road penalty.

11 different drivers held the race lead throughout the day, with Busch leading a race-high 154 of 200 laps.

Saturday’s race served as the final event of the 26-race regular season. The 12-car Chase grid has been finalized following the race’s conclusion. For more on the Chase grid, click here.

The XFINITY Series will return to action on Sept. 24, when the field heads to Kentucky Speedway for the VisitMyrtleBeach.com 300.

The Busch race was on the main NBC network Saturday and they’re televising the Rio Paralympics on Sunday. I guess they’d rather show a lot of physically challenged athletes than a few mentally challenged drivers.

I guess Kyle will throw the Goodyear tires under the bus because they couldn’t take his abuse.

If he blesses us with an interview.

WASN’T THAT GREAT I TURNED IT OVER WITH ABOUT 20 LAPS TO GO AND WAS PISSED TO SEE HE WAS DOMINATING AGAIN AND I WAS JUST ABOUT READY TO TURN TO SOMETHING ELSE AND THEN I SEE THAT PUKE MR WONDERFUL KYLE BUSCH GO FOR A SPIN THEN I HAD TO WATCH IT TO THE END.