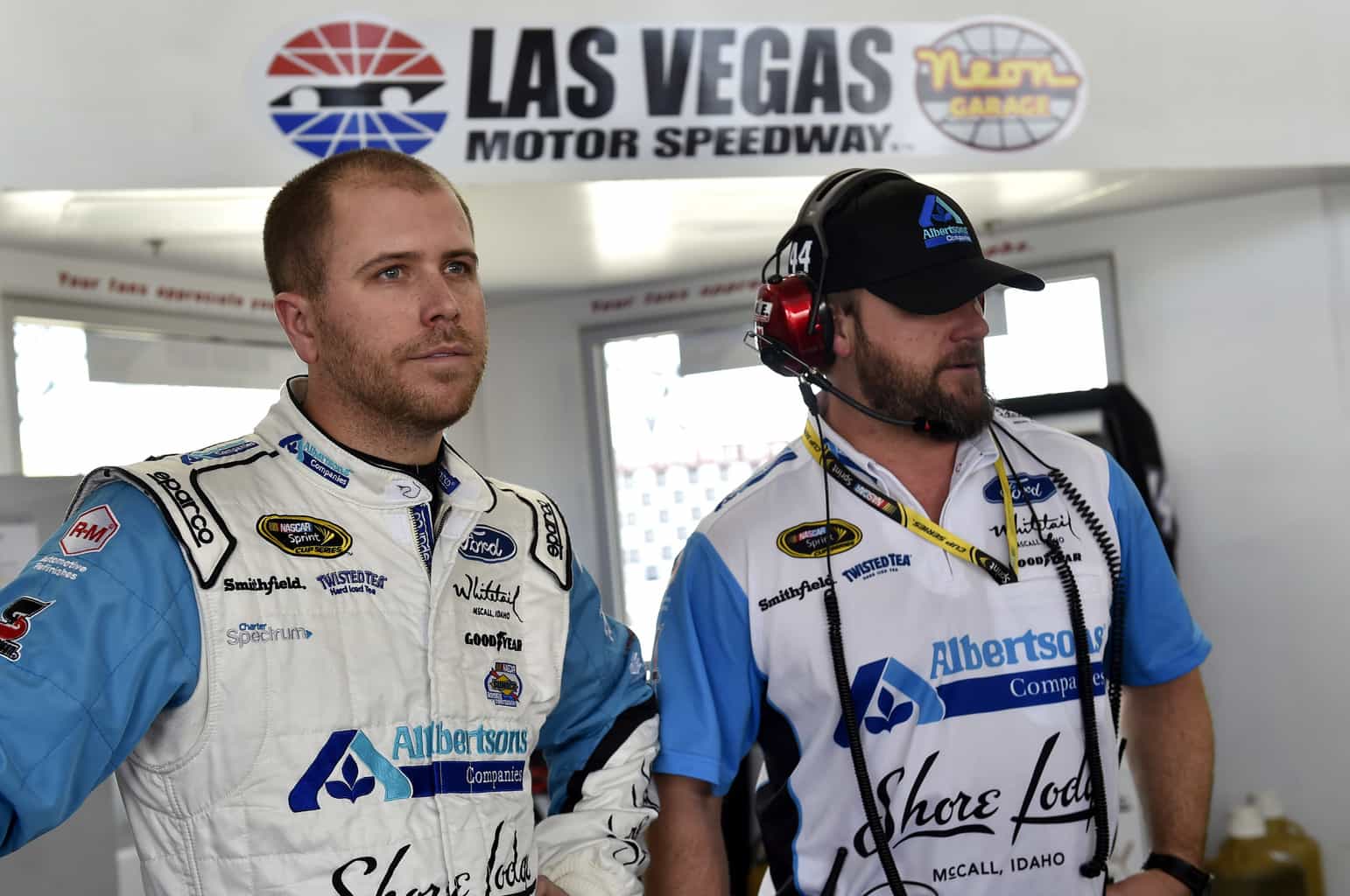 Richard Petty Motorsports has made some recent changes in its organization. While the No. 43 team was changed on top of the pit box, the No. 44 stayed the same. As a result they’re making a change in its lineup and having Chris Heroy pick up where Trent Owens left off. There have been a couple of tough weeks for Heroy’s team, but it’s focused on getting better.

Heading into this weekend, he’s focused on qualifying as a number one priority. Getting better starting positions will help keep the No. 44 on the lead lap and put it in position for better finishes. It also participated in the test at Chicago a few weeks ago, which has the team feeling confident about what to expect from this tire compound at Chicagoland. Fuel mileage and pit stall strategy are also on the agenda this week. You’ll also gain insight into Heroy’s pizza choices in this week’s edition of Tech Talk.

Mike Neff –  You’ve had a tough couple of races, ending with DNFs due to crashes over the last two events. Before things went south at Richmond International Raceway, how did you feel like your evening was going?

Chris Heroy – Our long-run pace was better than last race. We were kind of starting in the back and had a few issues with got us caught a few laps down. We were working our way back onto the lead lap. The car wasn’t driving too badly; we looked like we were going to be OK. Then we just got caught in the wreck. We’ve had quite a few of those. It just kind of happens. We were going to get on the lead lap and were headed towards a good finish.

Neff – Over the last few years NASCAR has tried a handful of tire compounds at Richmond, with mixed success. Did you feel like this year’s package was racy and gave you an opportunity to do what you wanted to do?

Heroy – The package allowed you to tune your car for the long run and have a car that could make some gains. I thought it raced well and was a pretty good package for there. We had some significant tire falloff, in the two-second range. Any time you have that level of falloff you are going to have good cars and bad cars and people racing on top of each other. I thought it was a solid tire.

Heroy – We’re just trying to get better. As I mentioned earlier, we’ve started in the back a few times. We need to qualify better. With the threat of rain on the track for much of Friday we’re going to be in qualifying trim all day to try some different concepts and some new setups and some different things to see if we can move the needle a little bit. Once we start qualifying in the top 20 that allows you to stay on the lead lap longer. That translates to better pit stalls and that sort of thing. It sets you up for a better race. The car has been driving pretty good, especially as we get deeper in the race, but just get behind because of qualifying. We’re going to put a big effort into qualifying well.

Neff – Chicagoland is different from the other intermediate tracks, although they all have their own characteristics. It has the arched back straight. Does that come into play at all for the setup of your car or do you treat it as it is a straight line?

Heroy – No, we just treat it as a back straightaway. It might affect the line you drive on entry into [turn] 3. Entry to [turn] 3 at Chicago is pretty free, but it shouldn’t affect too much.

Neff – This race, like most of the Chase races, is during the daytime. Do you feel like you are going to get much in the way of track swings thanks to temperature or do you think it will be pretty consistent based on rubber buildup?

Heroy – The rubber buildup is the only thing that will really affect how the track handles. This time of year, especially over the last month, it is pretty stable in terms of temperature and conditions. I think the rubber will be our biggest concern. As that builds we’ll get tighter in the middle of the turns.

Neff – As for the tires at Chicagoland, do they seem like they are going to fall off at a decent pace? The track surface there has aged quite a bit.

Heroy – We actually tested there about six weeks ago. We saw a decent amount of falloff, maybe .6 second after about 15 laps. If you extrapolate that out and you’ll probably a second and a half of falloff over a fuel run. You’ll want to come in early on green-flag runs. You’ll see some pretty good racing. It is pretty rough there with multiple grooves so you should definitely see a pretty good race.

Neff – Especially at Darlington Speedway, we’ve seen some guys dealing with rubber buildup on their grills. It has been a while since we saw that in the Cup series. Is that something that will be a concern at Chicago with the aged surface?

Heroy – I didn’t see a ton of tire marbles like we saw at Darlington. When the tires marble off you’ll see that happen more often. In Chicago we didn’t see that much during the test. You never know when you get everybody running around. At little bit of rubber can turn into a lot when you have 43 cars out there.

Neff – Chicago offers quite a few options for lanes thanks to its age. When you head into the weekend can you try and set up for a specific lane or do you let the reaction of the truck in practice dictate where you’re going to try and run?

Heroy – I let it play out in practice. You try and give him options that will run well everywhere. At any track if you become a one-groove pony you’re going to end up in some difficult situations. So we try and come up with a setup that will run variety of grooves and let the driver pick it.

Neff – Fuel mileage is a factor at almost every race these days. Is that something you specifically calculate when you first get to the track or do you let that number evolve over the weekend.

Heroy – We have the EFI data. We looked at it closely after the test and we’ll also look at it after practices so that we will know what the lap times will look like in the race vs. practice. We will make adjustments off of that. Fuel mileage is definitely important but with the falloff we come to pit road earlier and earlier in the fuel run so it really doesn’t come into play until the very end. By the time that comes about we normally have a really good idea of what we can get and save as need be.

Neff – You’ve been starting pretty far back in the pack. When you are getting ready for a Chase race, knowing the importance that people are putting on the guys running for the title, as you pick your pit stall are you mindful of what the Chase guys are doing or are you completely focused on what you guys are trying to accomplish?

Heroy – We have just as much of a right to win the race as they do. We’ll be respectful and try and stay out of their way but, when it comes to our race we are going to run it.

Heroy – Giordano’s is good. I might get one tonight. I have family who grew up in Chicago so I’ve had deep dish around for a long time.