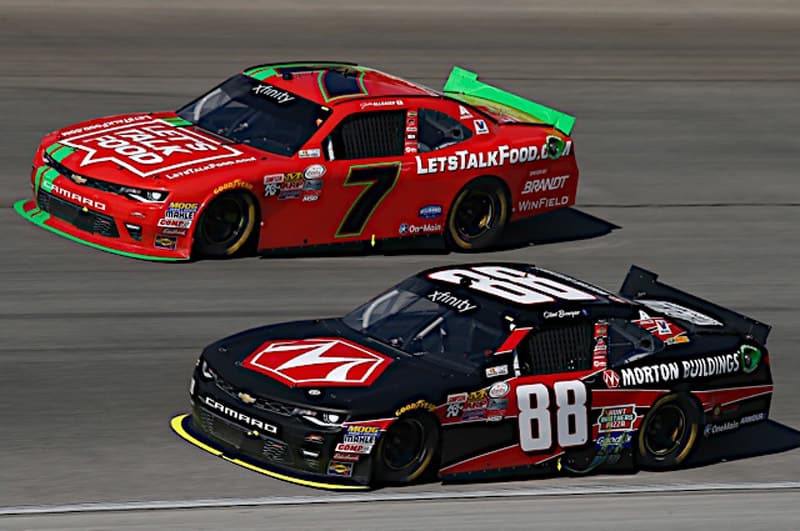 The NASCAR XFINITY Series returns to Kentucky Speedway this weekend for the first race of its inaugural Chase for the Championship.

As of Monday, there are 39 cars entered, meaning all will make Saturday night’s race, barring any entry list updates (though the Nos. 77 and 97 of Obaika Racing are currently not entered).

Sam Hornish, Jr. returns to the No. 2 car for Richard Childress Racing this weekend. In his two starts with this team in 2016, he has scored two top-10 finishes, including a runner-up result at Mid-Ohio.

Matt Tifft will pilot the No. 18 car for Joe Gibbs Racing on Saturday. This will be his first XFINITY Series race since undergoing surgery to remove a low-grade glioma from his brain in June. His last series start came at Dover in May where he finished eighth.

Ryan Blaney will pull double duty this weekend as he will compete at Kentucky on Saturday night before racing at New Hampshire on Sunday. He has two XFINITY Series victories at Kentucky in the No. 22 car, in this event in 2013 and 2015.

Josh Berry will compete for JR Motorsports in the No. 88 car this weekend. He drove this car at Iowa in July and finished ninth. This will be his first start at Kentucky.

Action begins on Friday with two practice sessions, the first at 3:30 p.m. and second at 6 p.m. (all times ET). Qualifying takes place at 4:45 p.m. on Saturday followed by the VisitMyrtleBeach.com 300 at 8 p.m. on NBC Sports Network.