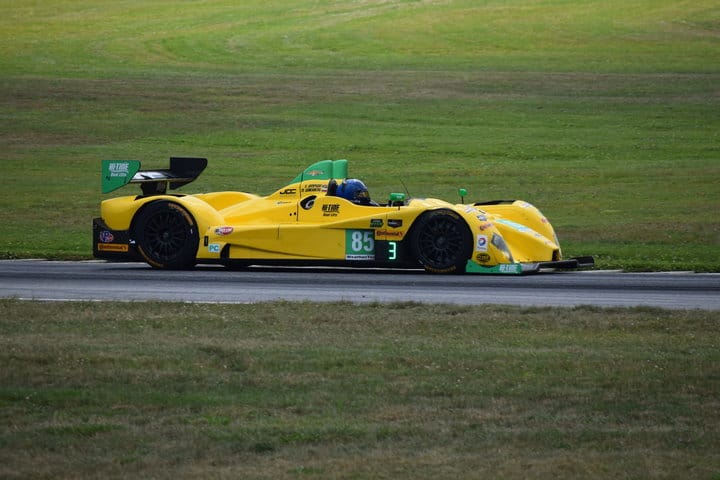 On Thursday, JDC/Miller MotorSports, which currently fields the No. 85 in the IMSA WeatherTech SportsCar Challenge’s Prototype Challenge class, announced that they are moving up to the new Daytona Prototype International (DPi) class full-time in 2017.  The mount of choice for the team is the ORECA 07 chassis, paired up with the Gibson engine.  The Gibson engine is the spec engine that all 2017-spec P2 cars will run in the FIA World Endurance Championship and the European Le Mans Series next year.

It should be noted that the team is not abandoning the Prototype Challenge class, which will race for the final time next season.  Rather, this new entry is in addition to the team’s existing programs for 2017.  Those programs would be the PC entry, entries in the revamped IMSA Prototype Challenge by Mazda, which will feature LMP3 cars as the top class and the single-car entry in the Continental Tire SportsCar Challenge.

Team co-owner John Church is very excited about the move.

“This is a very exciting program for 2017 and we felt this was the right time to move into the P2 class,” Church said in the team’s press release.  “We are confident in Oreca and feel they share our vision and goals. We have had a very strong relationship with them over the past 3 years.  Clearly our long-term goal is to become part of a DPi manufacturer program in the future.”

The driver lineup for 2017 is somewhat unclear.  The release does state that current drivers Misha Goikhberg, Chris Miller and Stephen Simpson will return to the team in 2017 and be involved with the DPi effort in some way or form.  There was no mention of any of the drivers competing full-time in the car.  The team plans to set their driver lineups in stone in the coming weeks.  The artist’s rendering of the team’s DPi entry (placed on a current ORECA 05 since the ORECA 07 has not been unveiled yet) indicates that the new DPi entry will use No. 85 next year, resulting in a new number for the PC car.

“We are delighted by the commitment of JDC-Miller MotorSports with the new ORECA 07 LM P2,” de Chaunac said in a statement.  ”

JDC/Miller MotorSports is the second team to officially commit to the new DPi class for 2017.  Earlier this week, Tequila Patron ESM announced a two-car full DPi effort with Nissan engines and custom bodywork.  SportsCar365.com reported two weeks ago that PR1/Mathiasen Motorsports is also considering moving up and has had discussions with more than one P2 manufacturer about acquiring a chassis to use with the Gibson engine next year.  However, nothing is official there as of yet.