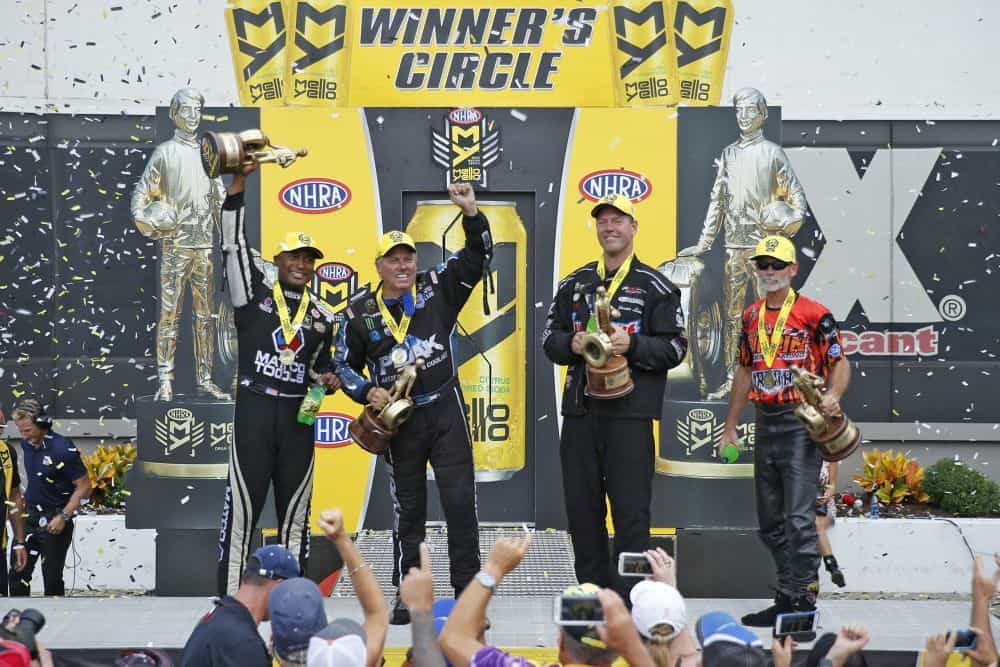 One Countdown race is in the books and there are just five more to go before we put an exclamation point on the 2016 season. Time flies by. How important is the first race of the post season battle? After all, there are five more to go, right? Greg Anderson summed it up in Charlotte by noting you can’t win the championship in Charlotte, but you can sure lose it. So who looks to be in good shape and who is already playing catch up?

For the good, last weekend’s winners, of course, look great. Antron Brown started his championship run last year in exactly the same way, with a win in Charlotte. John Force served notice about his intentions to get No. 17. He’ll be bringing his A game and he doesn’t care if you think he’s getting old. He says he feels great and he’s ready to go.

Jason Line showed that appearances can be deceiving. While it may have looked like Team Summit was slipping in recent weeks, what they were really doing was anticipating a points reset that would put their ever-gaining competitors right on their tails, so in typical KB Racing fashion, they set out to test some things to help keep them ahead of those competitors. They put some of that into play in Charlotte and it looks like the strategy is paying off.

Chip Ellis gave everyone in Pro Stock Motorcycle not riding a Harley a little hope that maybe, just maybe, they can finally beat these guys this season.

On the down side, the first round of Top Fuel featured some big upsets. It showed that you can never take anyone in the other lane as a “gimme” and put a number of drivers behind the curve, including eight time champion Tony Schumacher. No one fell further behind that defending Pro Stock champion Erica Enders though. She missed making the show, and as such, had zero chance to earn points while all of her competitors raced away from her on Sunday.

There are still five more weeks to make things happen, but some drivers might already be spending much of that time trying to dig their way out of the holes they found themselves in after Charlotte.

* Doug Kalitta will vary from the familiar red, yellow, and white Mac Tools scheme this weekend to feature DeWalt colors for the next two races, the AAA Midwest Nationals in St. Louis and the NHRA Keystone Nationals in Reading, Pennsylvania. 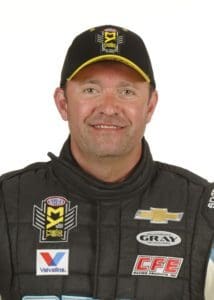 2010 – Earned first career win at Pomona 2; made it to the Countdown and finished fourth in points.

Some Things Most People Don’t Know About Shane: It’s a family affair. Shane is a second generation driver. His father, Johnny Gray, raced in both Pro Stock and Funny Car. His brother Jonathan is also a racer and is currently running in Pro Mod. The third generation has also taken an interest in racing, but in this case, it’s dirt racing. Shane’s oldest son Bryce has raced dirt bikes competitively. His younger sons, Tanner and Taylor, currently race mini sprints on a regular basis. Shane loves going racing with his sons.

Shane’s wife Amber is competitive, too. She was Shane’s teammate when they competed and won over 40 events in the United States Team Roping Association.

Before driving Pro Stock, Shane raced in NHRA’s Competition Eliminator category. He also competed in the American Drag Racing League (ADRL) and Outlaw 10.5 with a 1967 Chevy II, and has competed in Open Wheel Modified and Quick 8 bracket races. His first NHRA national events was the 1989 Mopar Mile-High Nationals in Denver where he raced in Super Comp when he was just 16 years old.

Shane now lives in Mooresville, N.C., and when he’s not racing, you’ll likely find him out on Lake Norman on his boat doing some fishing.

What would the Sarge change about NHRA drag racing if he could?

Word of the Week: Diversity

Talking about it with a colleague this weekend, we noted that people frequently ask why the NHRA does not have a diversity program like NASCAR does. Simple. Because it doesn’t need one. Look at the Countdown fields or the winners from this season or last season’s champions, and you can see why NHRA doesn’t need one. Women, African-Americans, Latinos, and drivers from countries all over the world are out there competing and winning every week.