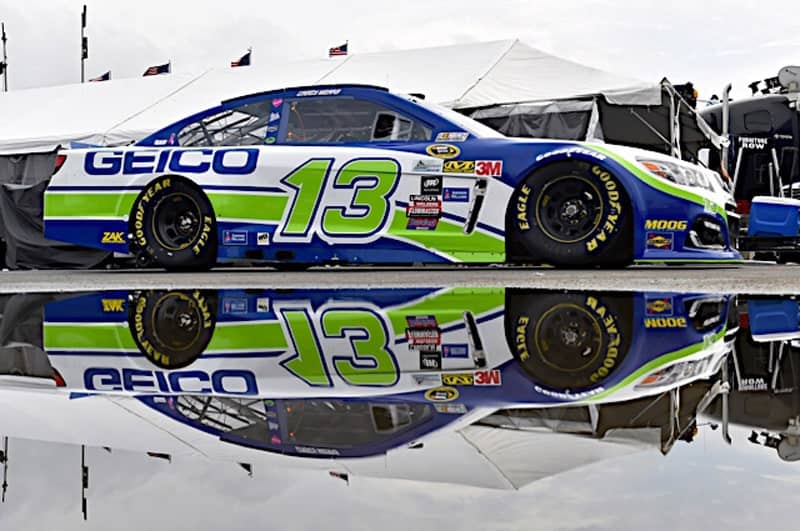 I had a conversation this past weekend with Germain Racing driver Casey Mears, and I asked him the one thing he wished that NASCAR fans understood about his job.

Mears’ words are true for teams at every level of the sport.  Elite teams struggle with setups on a weekly basis, but the difficulty is magnified for the smaller teams in the sport.  Consider that any given week, there is a top team who’s having a hard time hitting on the right setup.  At New Hampshire Motor Speedway, Joey Logano, a driver who has won at Loudon in the past and is in the title hunt, struggled to find the right combination. Logano drives for a team with dozens of personnel and almost-unlimited resources in terms of parts and pieces as well as data.

Put that next to Mears’ team, which is one of the better-off teams in this group but still doesn’t have close to the same resources in terms of personnel or equipment as a team like Logano’s, and it’s easier to see why it’s unfair to lump in these teams together.  It isn’t that the drivers aren’t talented. After all, among this group are six NASCAR Sprint Cup race winners, as well as an XFINITY Series champion and Rookie of the Year, plus multiple race winners in that series. It’s more likethey have a bit less of everything they need, and no factory support from the manufacturers.  For these teams, perhaps the best measure of their talent isn’t where they finish, but which better-equipped drivers they are outperforming.

Also, last week, a few readers wondered how I define the small teams in NASCAR. A detailed explanation can be found here.

While I’m pretty comfortable with the way I define the teams on the small team list, it’s definitely a fluid process.  For continuity’s sake, once the year starts, I’m generally committed to a list.  Otherwise, it would change several times a year.  It’s totally possible for a team to move onto or off of the list. Look at Furniture Row Racing, which was easily defined as a small team as recently as the beginning of 2015; now it’s bypassed mid-tier and is among the sport’s elite.  A couple of teams, like Wood Brothers Racing and JTG Daugherty Racing, could move into that middle tier depending on late-season performance, and Richard Petty Motorsports, which I’ve had on the mid-tier list for a couple of years, has kind of slipped to small team as its support has diminished.

Top of the Class: New Hampshire

New Hampshire didn’t get its reputation of being difficult for nothing.  Only Ryan Blaney finished in the top 20 from the small teams group, coming home 12th and taking Rookie of the Race honors as well.  AJ Allmendinger and Clint Bowyer were the only others in this group to finish on the lead lap, with Allmendinger in 21st and Bowyer 22nd.  Bowyer’s finishes in the No. 15 continue to make 2016 HScott Motorsports’ most successful season; the team hasn’t announced plans for 2017 yet, but it’s unlikely that they’ll be able to fill Bowyer’s shoes.

Michael McDowell actually had a much better run going than his 26th-place finish, but a blown tire late in the race sent him looping around on the track and cost him a couple of laps. McDowell and the No. 95 team are still in the midst of their first full season of races, and they have been quite impressive overall. New Hampshire certainly wasn’t kind to Casey Mears, but the No. 13 team had a better day than the 27th-place finish reflects in terms of making gains throughout the race after a disappointing qualifying session. Matt DiBenedetto (28th) and Landon Cassill (29th) also had OK runs — nothing to write home about, but nothing disastrous. Chris Buescher’s 30th-place run all but sealed his fate in terms of the Chase—he’d have to pull off a miracle win at Dover to continue—but he said it best on Sunday: the worst his Front Row Motorsports team can finish in points this season is 16th, something a lot of much bigger teams cannot lay claim to, and it’s gotten some attention, which is exactly what a small team needs to attract the sponsor dollars to take the next step.

BK Racing has made some gains this year, but at this point should be putting two cars in the top 30 every week, and this week, that didn’t happen, as David Ragan finished 32nd.  The team is capable of better.  Tommy Baldwin Racing’s No. 7 and Regan Smith have also shown enough progress this year that Smith’s 34th-pace run is a definite disappointment. Four of the final five drivers in the group—Premium Motorsports’ Cole Whitt (35th) and Reed Sorenson (36th), GO FAS Racing’s Jeffrey Earnhardt (37th), and The Motorsports Group’s Josh Wise (39th), finished about where expected in their badly underfunded equipment—props to them for sticking it out every week, but they need backing to improve measurably. Michael Annett’s 40th-place finish after a crash was a disappointment, though overall Annett has been about a 30th-to-35th-place driver this season and really needs to be showing a little improvement as 2017 looms.

Ty Dillon will take over the seat of the No. 95 at Dover with backing from Death Wish Coffee on the hood.  Dillon is expected to move up to the Sprint Cup Series full-time in 2017, most likely with Richard Childress Racing, and an alliance with RCR for the No. 95 puts Dillon in the seat for a handful of races this year.

another awesome recovery! P12 after spending most of the day mired up in the junk. crew hung tough, blaney did a great job. etc. etc

I've forgotten my hairbrush. This is disastrous. Not sure what to do.

Gonna try another approach today. I've tried to drive the wheels off it, they just gave us new 1's. I'm going to drive the ? plum outta it.

He doesn’t ask for much…lol… https://t.co/cx7H1yEyev

Well…got in a solid 4 holes of golf before getting caught in severe downpour. I look like I jumped in a pool fully clothed