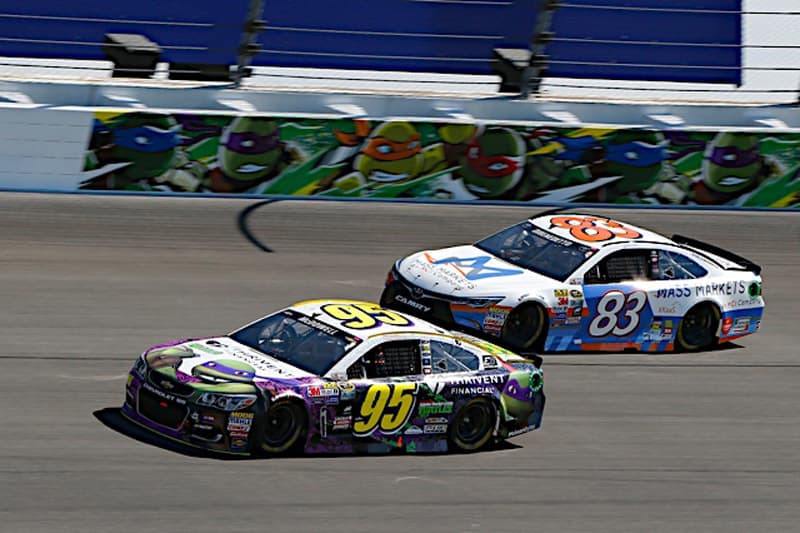 Wouldn’t it be nice if life regularly offered us a chance for a restart, a chance to pull back even with the leaders after falling behind? A chance to get our lap back when we feel like we are a lap down to the rest of the field. A chance to win a race when moments earlier we thought we had no chance at all.

Life can work that way sometimes, but it’s not just a matter of getting a restart, it’s what you do with that chance that matters the most, and maybe that’s the biggest lesson of all we can learn from Kevin Harvick’s victory at New Hampshire Motor Speedway on Sunday.

HOT
Harvick had been pretty good most of the day but certainly didn’t have a dominating type of car. But in the bad-luck-good-luck-even-out category, he got some good fortune Sunday after having some bad luck during the Chase opener at Chicagoland Speedway. Harvick started in second place next to leader Matt Kenseth on a late restart and used that opportunity to earn his third win of the season and a spot in the second round of the Chase. Unlike last year, when he was in a win-or-go-home scenario to get to the second round of the Chase at Dover International Speedway, he won’t have to worry, he can just be happy Sunday.

NOT
On the flip side for Stewart-Haas Racing, team owner Tony Stewart is pretty much in that win- (or almost-win) or-go-home situation. Stewart is in his final season and made the Chase with a win on the road course at Sonoma Raceway. While running in the 15th-to-18th range much of the day Sunday, his team went for a big change on late pit stop and it backfired, leaving Stewart with a 23rd-place finish and 11 points behind Kyle Larson for the 12th and final spot in order to advance. And now, Stewart fans have to wonder if Sunday’s race at Dover will be the last meaningful (as in championship-contending) race of Stewart’s career.

HOT
He was the only driver who didn’t have to win to be guaranteed a spot in the second round of the Chase. But Martin Truex, Jr. did lead 141 laps and had one of the more dominant cars on the day. The point here is that even though there was no pressure on the No. 78 team to win at New Hampshire, it very well could have. That means one should watch out for the No. 78 when the second round begins in two weeks.

NOT
I’m really not sure what is going on with NASCAR’s post-race on-off-sort-of-on inspection policy. At first we were awaiting points penalties for Truex and Jimmie Johnson last week, only to be told that the infractions were so minor there would be no penalty. And yes, the Hendrick Motorsports haters will have to ask, did it happen just because Johnson was involved? Then, at the pre-race driver’s meeting this week, the drivers and crew chiefs were warned about swerving on the cool-down lap after the race to reset their chassis. So I guess it was the “big brother is watching you warning,” which basically tells crew chiefs and engineers that they can still be creative (wink, wink). Whatever the policy, it should have been set and enforced (or not enforced, in this case) long before this key point in the season.

HOT
When looking at the points picture heading into the pivotal Dover race, the top nine drivers in the points without a win in these first two Chase races are in pretty good shape. Kurt Busch is in 11th with a 15-point lead over 13th-place Jamie McMurray and Austin Dillon, so barring a 30th-something finish he is in good shape. The points leader is Brad Keselowski with a 35-point advantage over McMurray and Dillon, so he is virtually guaranteed a spot in the next round. Kyle Larson is on the bubble in 12th with a six-point lead over McMurray and Dillon, plus the 11-point lead on Stewart. So no matter what’s going on, the four guys going for one spot could be the real race worth watching Sunday.

NOT
Michael McDowell is not in the Chase but has found himself having a direct influence on the race winners in each of the last two weeks. At Chicagoland, it appeared Chase Elliott was going to win, only to have McDowell blow a tire and open the door for Truex’s victory. Then Sunday, it was McDowell (this time due to some late contact) who blew a tire again, giving Harvick his second chance. Just one of those odd things that sometimes happens in sports. Here’s hoping these things don’t come in threes.

Predictions
While the pressure will be on Larson in this race, he may well be up to the challenge. He has four top-10 finishes in the last five races at Dover, so I’m going with the No. 42 to win this week. The deep sleeper underdog who you might or might not think about picking is McMurray, who has two top 10s and an average finish of 13.4 in the last five races at Dover.