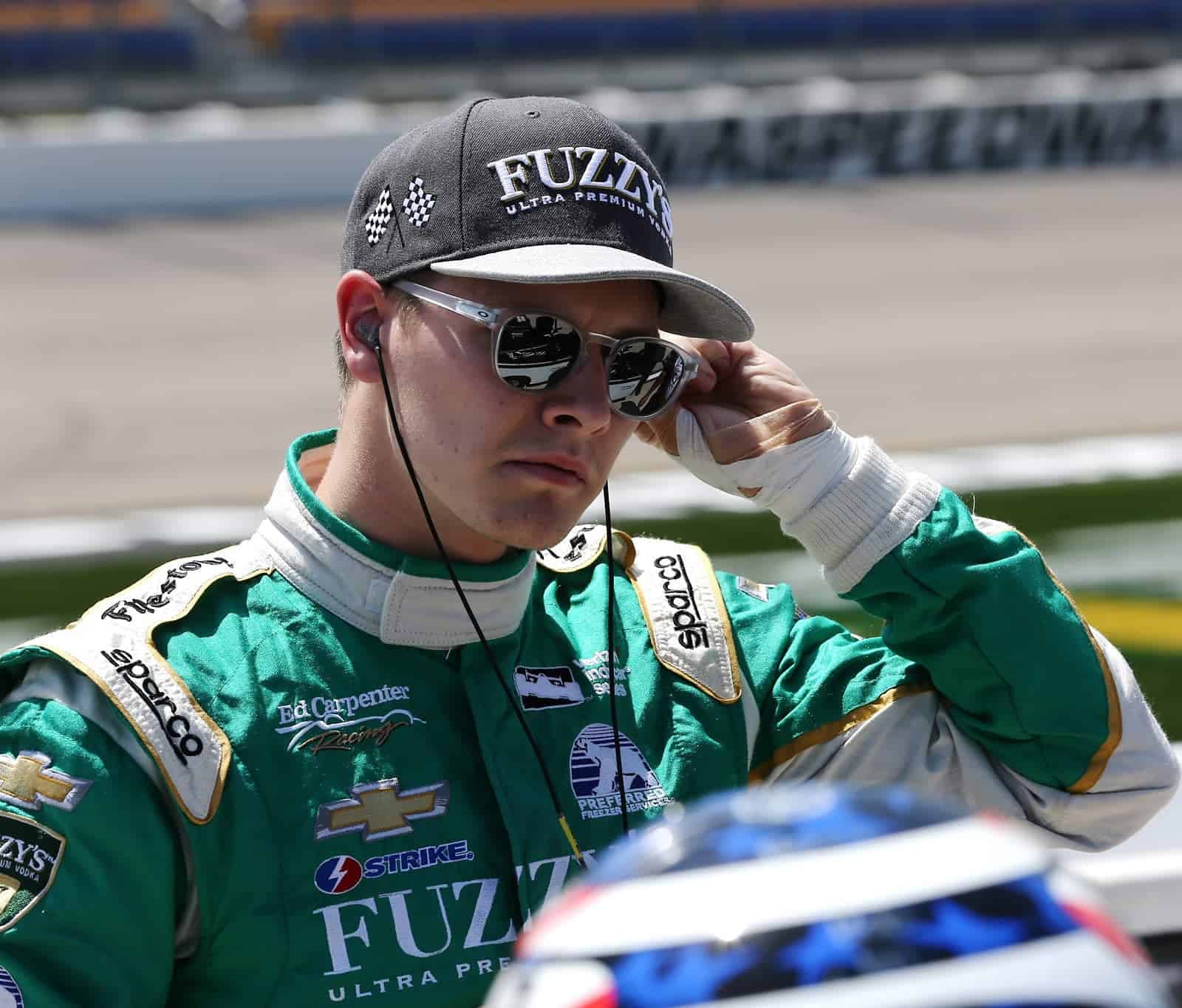 Verizon IndyCar Series (VICS) fans aren’t quite sure where Josef Newgarden will drive come 2017, but we now know one thing for certain: It won’t be with Ed Carpenter Racing (ECR).

ECR released a statement on Thursday confirming that Newgarden, 25, won’t be returning to the organization in 2017. No replacement driver has been named at this time.

“While it’s disappointing that Josef will not be returning, it’s also not a total surprise after all of the speculation the past few weeks,” ECR owner Ed Carpenter said. “I wish Josef the best in his future endeavors, but also remain focused on ECR’s continued success. We are positioned well moving into 2017 and I have total confidence that we will continue to deliver the high level of performance we expect as a team.”

Thursday’s news fuels rumors that Newgarden could be making a move up to one of IndyCar’s top teams. RACER reported earlier in Sept., that the Tennessean will be replacing 2015 Indianapolis 500 champion Juan Pablo Montoya, though neither groups has made an announcement at this time.

Newgarden just wrapped up his fifth year in the VISC with a sixth-place run in the the season-ending GoPro Grand Prix of Sonoma. The result capped off a career-best performance for the Chevrolet driver in his second year affiliated with ECR. Newgarden finished off the season fourth in the standings, rallying from a poor start with three podiums including a dominant win at Iowa Speedway to finish strong despite suffering broken bones in a vicious crash at Texas Motor Speedway.

Newgarden found his greatest success to date in his two years affiliated with ECR. After making his debut and running three seasons with Sarah Fisher Hartman Racing, Newgarden made the leap over to Carpenter’s team as part of a combination of the two organizations into CFH Racing in 2015. It was there that Newgarden earned his first win at Barber Motorsports Park, as well as a second triumph in Toronto.

Newgarden remained with ECR when Sarah Fisher announced her departure from IndyCar ownership before the 2016 season. However, the pairing are confirmed to have lasted only a season together after Thursday’s announcement.

With Newgarden out, ECR is on the hunt for both a full-time driver and someone to split duties in the No. 20 Chevrolet with Carpenter, who only runs ovals. ECR enters 2017 with seven victories since their 2012 debut.

Any driver announcements for the team will come at a later date.