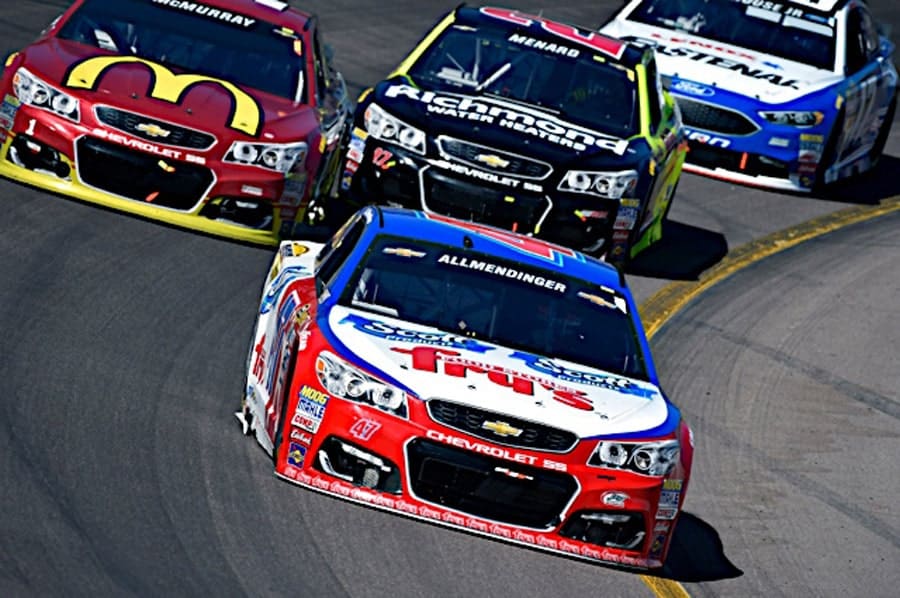 One of the chief worries about NASCAR’s charter system when it was instituted this year was how new teams would be able to get a foothold in the sport, and while that is a concern on paper, in practice, the charter system changes very little, because teams entering the spot already have the odds stacked heavily against them.  With the exception of Wood Brothers Racing and JTG-Daugherty Racing in an earlier incarnation, every team in the small team category this year has entered the sport since 2000 in their current incarnations (HScott Motorports bought out the longer-established Phoenix Racing), and seven of them have been racing full-time in the Sprint Cup Series for less than a decade.  The ones who generally score at the top of the charts among this group, Wood Brothers Racing and JTG Daugherty Racing are the two who were around before the turn of the millennium.

On the flip side of that, just one team that entered the sport in the last 20 years (Furniture Row Racing) has won multiple races at the Cup level.

As competitive and expensive as NASCAR has become, that’s the daunting reality faced by anyone looking to enter the sport’s top level.  (That’s not counting new teams within established top organizations, who will have a massive advantage over non-chartered small teams, but organizations new to the sport).  It’s a long, uphill battle to compete for top 20s anymore, because the elite organizations have that many cars running.

Premium Motorsports had slightly better success in the XFINITY Series as Jay Robinson Racing.  Germain Racing won two championships in the Truck Series. The Wood Brothers, Front Row Motorsports and JTG Daugherty Racing have wins in Cup.  Those teams illustrate just how much more difficult the Cup Series is, and how rough a road breaking into the series will be for anyone.  Unless a new owner enters the sport with the wealth of Rick Hendrick or Joe Gibbs, reality says they’ll be toiling among the sport’s smaller organizations for a very long time.

Top of the Class: Dover II

The only small team driver to crack the top 20 this week was AJ Allmendinger, who finished a solid 19th.  Chris Buescher also had a good finish in 23rd though it wasn’t good enough to make the cut in the Chase.  Buescher ran a smart, careful race.  A little food for thought on Buescher: his cars are prepared by Roush Fenway Racing, making him the most successful driver in 2016 in RFR equipment—a little something to hang his hat on.  Also in the top 25 was Clint Bowyer in 24th.  Yep, Bowyer was six laps down.  That says more about the quality of the race overall than it does about his performance.  Finally, If Bowyer makes the cut this week, then so does Casey Mears in that Mears finished 26th on the same lap as Bowyer, so it doesn’t seem fair to drop him into the next bracket even if the finish wasn’t quite what his team should be getting. Mears did gain a spot in points this week, moving into 28th.

BK Racing put both its drivers inside the top 30 this week, with Matt DiBenedetto in 27th and David Ragan in 30th.  While both drivers would like to be finishing better (and are capable), getting both teams on the same level is an important step for a two-car team, because the organization will grow more quickly if everyone is on the same page.  Front Row Motorsports also had a pair of top 30’s as Landon Cassill finished 29th.  Cassill is for sure a better driver than that, but his No. 38 team doesn’t get the same level of support from Roush Fenway Racing as Buescher’s outfit does, so the growth has been a bit uneven.

The rest of the small teams this week fall into two categories: those who are capable of finishing better and those who are finishing where they honestly should.  Count The no. 7 of Regan Smith (31st) and the No. 95, driven by Ty Dillon (32nd) this week on the first list along with Ryan Blaney, who got into the wall in the No. 21 after a tire went down and finished 19 laps down in 38th as a result.

Michael Annett (33rd), Timmy Hill (34th in the No. 98 this weekend in place of Cole Whitt; no word on why from the team), Reed Sorenson (35th), Jeffrey Earnhardt (36th) and Josh Wise (39th) end up in the second group.  To be clear, they’re all talented drivers racing for teams who work just as hard as anyone else, but they simply don’t have the funding and experience to be better.  There’s room to grow.

NASCAR Pinty’s Series driver D.J. Kennington will make his Sprint Cup debut at Phoenox International Raceway in November for Premium Motorsports.  The team has not confirmed whether Kennington will drive the No. 55 or 98 in his maiden race.

Matt DiBenedetto will be among the drivers racing pink cars this month for breast cancer awareness.  DiBenedetto will run a pink Cosmo Motors Toyota this weekend at Charlotte Motor Speedway

Cole Whitt will return to the seat of the No. 98 this week at Charlotte.  With 40 on the entry list for 40 starting spots, all teams will make the race.

Hate it when that happens…

welp. figures. best car we've had in a while. blew a right front

Blowing RF tires isn't fun. Especially off of turn 2 at Dover. 21 team worked hard to get us back out. Will regroup for Charlotte.

. @Chris_Buescher from across the restaurant told the staff at Texas Roadhouse it was @JEarnhardt1's 21st bday ??? pic.twitter.com/6Oq7TvGz4d

That couldn't have gone better?? https://t.co/dFVoGhDoVc