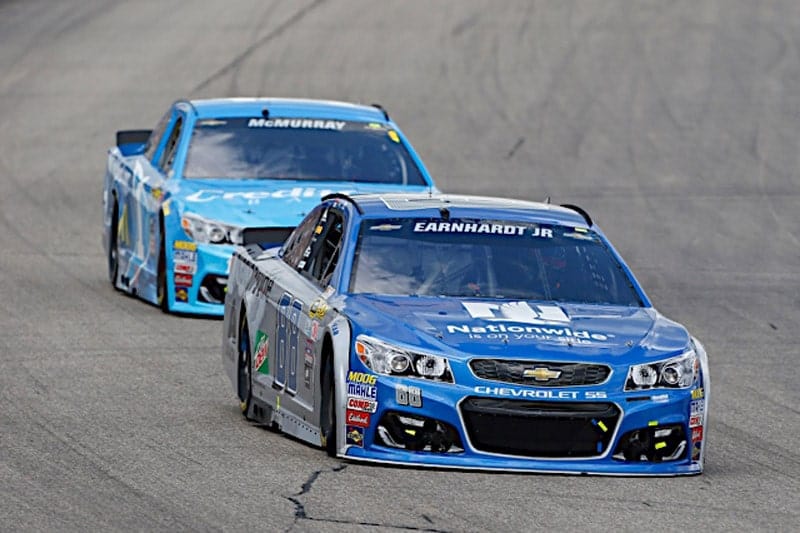 Just a few months ago, Alex Bowman would’ve slapped himself silly if he said he was going to be “a little frustrated” by qualifying second in a Sprint Cup Series race for Hendrick Motorsports.

However, both on the track and off, the racer in ‘Bowman the Showman’ came out during Thursday night’s qualifying session at Charlotte Motor Speedway, as he missed Kevin Harvick‘s pole lap by 0.004 seconds for Saturday’s Bank of America 500.

“I feel like I messed up [turns] 1 and 2 there,” Bowman said. “I really feel like we have a shot at it. I feel like our car was very balanced, it was only doing one thing all of practice, which was reassuring.”

Making his fifth of 10 scheduled starts in the No. 88 in Dale Earnhardt, Jr.‘s place in 2016, Bowman has surpassed nearly every career-high mark thus far, earning his first top 10 at Michigan while also leading a career-high six laps that day.

Inside the numbers and the recognition, however, is just a 23-year-old racer who is having the time of his life.

“It’s so cool going to the racetrack knowing you have the equipment capable of winning if give the right feedback and make the right calls,” Bowman said. “It’s been the most fun I’ve had since I ran ARCA and won a bunch of races back then.

Perhaps a reason for Bowman’s sky-high level of appreciation is the crammed condition of the 2017 Sprint Cup field. With no major rides for the taking, this could be his biggest shot he ever gets in his career.

“I don’t know what my future holds,” Bowman admitted. “There’s not really any rides open next year so this may be the rest of my Cup career. Not having anything set in stone, the one thing I said I was going to do throughout all these races was to make the most of it and have the most fun I possibly could.”

Running seven races for JR Motorsports in the XFINITY Series this year, Bowman sees himself as a strong candidate for either a full-time XFINITY seat or any future fill-in role – though he hopes the circumstances are never necessary for the latter.

“Obviously we all hope nobody needs a substitute driver,” he said. “But it doesn’t hurt my feelings if that does come up and I’m the guy who gets called. In a perfect world, Id love to run a fourth XFINITY car for JRM. The guys at JRM worked really hard to try and put something together but the chips didn’t line up in my favor.”

Though the future is up in the air, Saturday night is for certain. Despite running around numerous Chasers who kick off the Round of 12, Bowman is out to take advantage of his biggest opportunity yet.