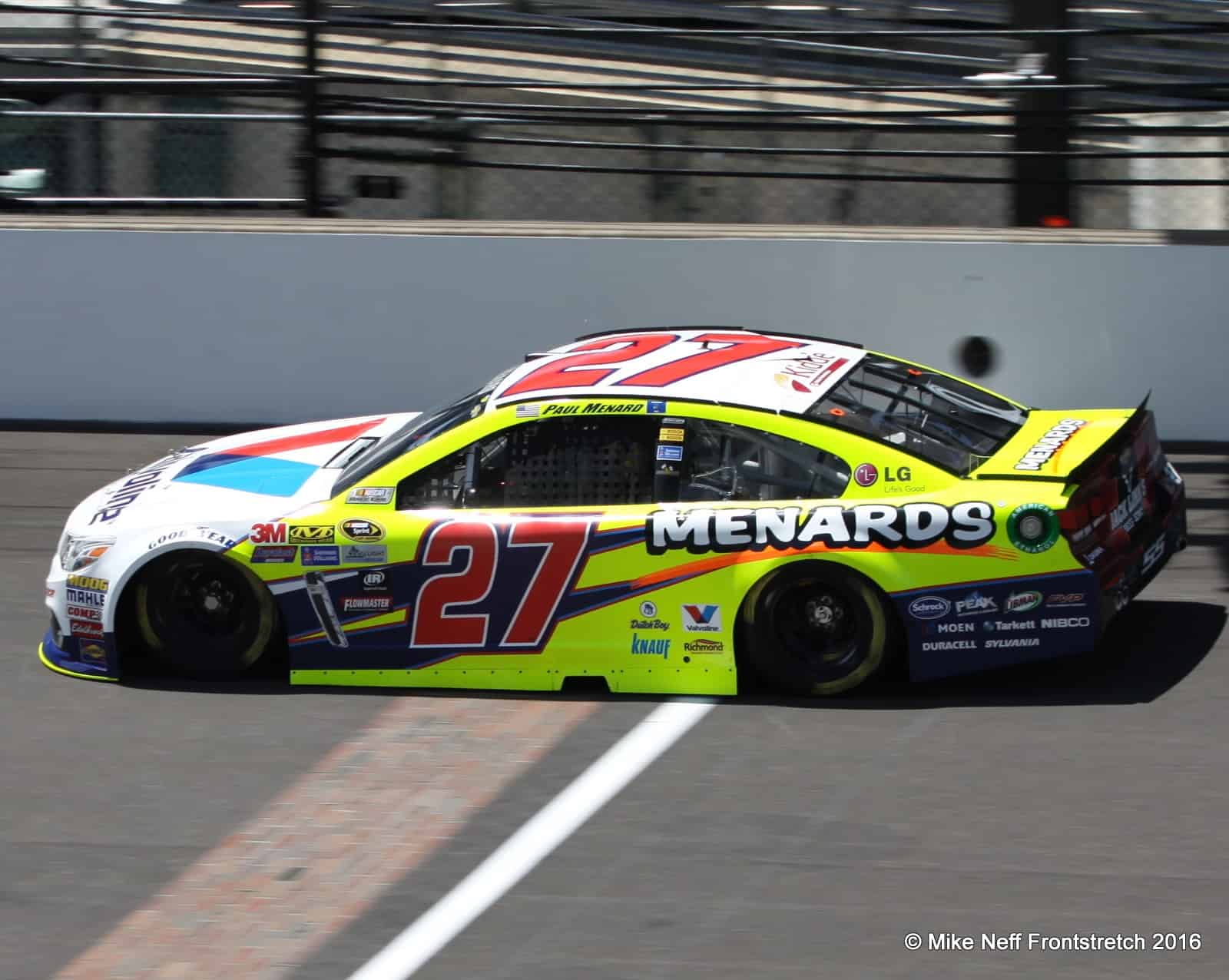 The NASCAR inspection crew had a busy week in Charlotte, as many teams failed different aspects of the grueling inspection process NASCAR puts teams through each and every weekend. No fewer than 20 infractions among 18 teams were handed out.

Paul Menard’s No. 27 Richard Childress Racing team failed LIS three times in pre-qualifying inspection, giving the team a 15 minute practice time penalty next week as the series heads into Kansas for the Hollywood Casino 400 on Sunday.

The No. 30 of Josh Wise was hit with a template inspection violation three times during pre-qualifying inspection, which will also cost his team 15 minutes of practice time next weekend at Kansas.

Written warnings were issued to many teams for a multitude of issues ranging from failed template inspections to LIS violations. Most notable were Martin Truex Jr., Kurt Busch, Tony Stewart and .Chase Elliott.

Only one penalty was handed down in the Xfinity garage over the weekend, and it was the No. 3 of Ty Dillon whose team failed the LIS station twice in pre-race inspection. The team fielded by Dillon’s grandfather, Richard Childress, was issued a written warning.