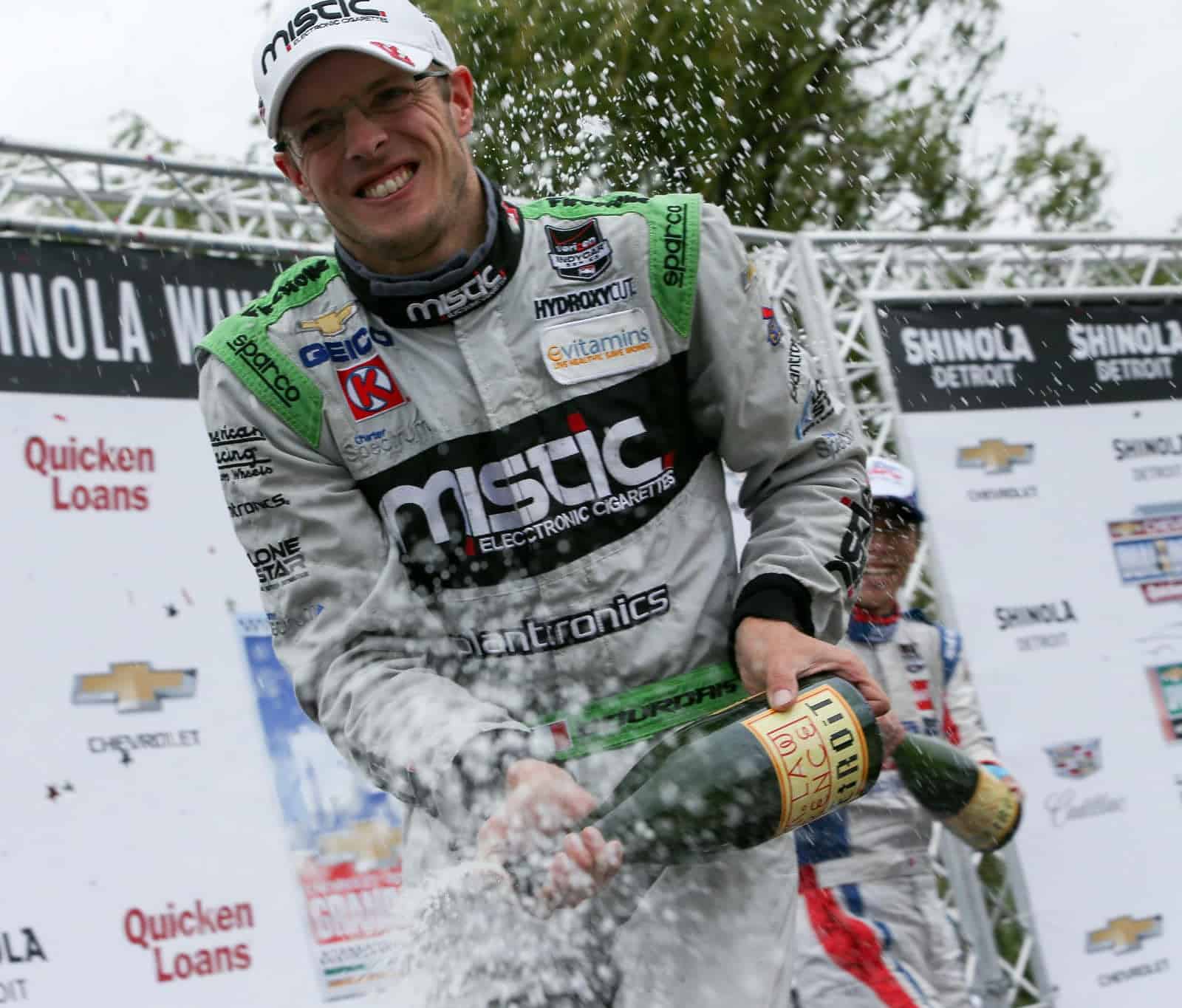 While Coletti has struggled, teammate Sebastien Bourdais is in the midst of his best IndyCar season to date. (Photo: Joe Skibinski)

Sebastien Bourdais‘ rumored return to Dale Coyne Racing was officially announced on Wednesday, giving the organization their first confirmed driver for 2017 Verizon IndyCar Series ahead of a Thursday test.

A four-time Champ Car champion, Bourdais first drove for DCR in 2011 after a brief stint in F1 and sports car racing. Now, after two seasons with Dragon Racing from 2012-2013 and a three-year run with KVSH Racing from 2014-2016, Bourdais is set to return to Coyne and Honda for a 2017 run.

“Back in 2011, Dale was the one who gave me the opportunity to come back to IndyCar, and I’m looking forward to a very exciting second stint with his team,” Bourdais said in a release.

“Thanks to Dale’s leadership and unconditional commitment to the series, we have been able to assemble a great group of guys, including Olivier Boisson, my race engineer for the last three years, as well as my former lead engineer from the Newman/Haas Racing days, Craig Hampson. The addition of these two great minds and friends, to Dale Coyne Racing’s existing group, will undoubtedly give me a great chance at running up front with a competitive car.”

“I would like to thank Chevy and KVSH Racing for their support and trust in me over the last few years,” Bourdais continued. “Now, a new chapter has begun and it would not have been possible without Honda’s commitment to our effort. I am thrilled to be able to get things going this early, and can’t wait to discover my new machine this Thursday.”

Bourdais isn’t the only one making the jump to DCR. As part of the announcement, the organization also confirmed the additions of Olivier Boisson, who will make the jump from KVSH, and Craig Hampson, a former Andretti Autosport member that once worked with Bourdais at Newman-Haas Racing.

“Sebastien has been on our radar ever since he left IndyCar to go to Formula 1 in Europe,” DCR owner Dale Coyne said. “We were honored to bring him back to the States to return to his roots in 2011, and even more excited about what our future prospects will be in 2017 and beyond.

“We have assembled a great group of guys over the past few years and with additions to our engineering department for 2017, we are definitely ‘putting the band back together’. We will have some greats from the Newman/Haas era of Craig Hampson chief engineer, Todd Phillips Chief Mechanic, Oren Trower as lead mechanic, Colin Duff and others all from the Newman/Haas team. Needless to say we look forward to 2017 with great anticipation.”

The announcement also confirms that DCR will remain with Honda for the 2017 season. There have been rumors that one or more teams could jump to Chevrolet after Chip Ganassi Racing’s decision to return to Honda next season.

Adding Bourdais should serve as a significant pickup for the team as well. Since returning to IndyCar in 2011, the Frenchman has tallied four wins and 8 podiums, including a victory in Belle Isle in 2016.

Bourdais hopes to continue his renewed success with DCR.

“I think I’ve proven I can do it in the right car,” Bourdais said. “It’s just tough to put yourself in that position more often. To be able to do that, you need the whole team behind you that gives you the car, week in and week out. I’m only as good as my car allows me to be.

“Dale puts forth a very strong effort and he’s very loyal to his people. He keeps going forward. Dale’s a racer. There are still a few holes in the system which we will need to fill to be able to become a contender week in and week out, and to be a championship contender you need that consistency, but I am confident we will get there.”

The group will get their first track time together on Thursday, when Bourdais joins the VICS field for a test at Gateway Motorsports Park.