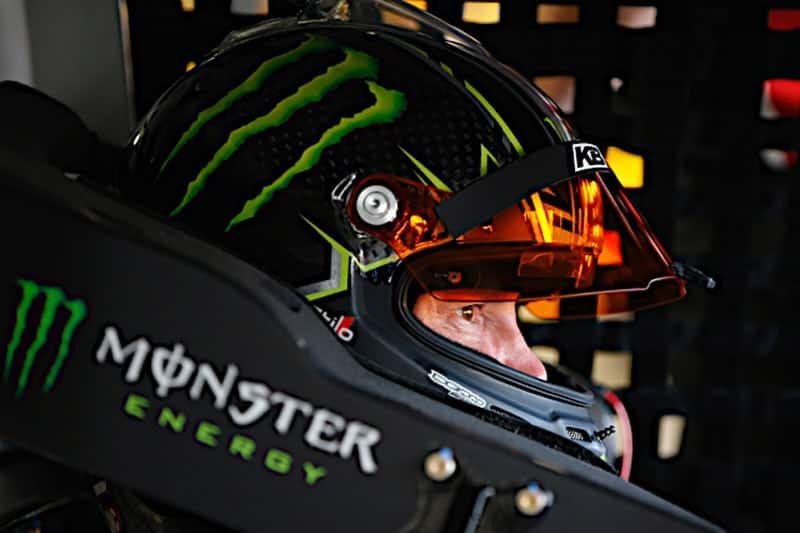 Busch turned a lap 194.595 mph. The lap came in the closing minutes of the session as Busch and other drivers went out for mock qualifying runs. Busch won at Kansas in the spring race and has continued his momentum at the 1.5 mile D-shaped oval.

Alex Bowman, who continues to sub for Dale Earnhardt Jr. in his hunt for a job next season, was fourth. Chase Elliott finished ninth in the spring in his only Sprint Cup start at Kansas and followed that up by being fifth in this session.

Kyle Busch and eliminated Chase driver Kyle Larson were held by NASCAR and were not allowed out of the garage for the first 30 minutes of the session. The crime? Swerving their cars following last weekend’s Charlotte race. It’s the first time NASCAR has penalized drivers for this after NASCAR executive Steve O’Donnell warned drivers against the practice following the race at New Hampshire last month. Larson ended the session 21st and both drivers only ran five laps (Busch) and six laps (Larson) in the session.

The practice started late as light mist forced NASCAR to dry the racetrack. This session was originally supposed to run for 85 minutes but the clean-up trimmed it into 70 minutes.

Late in the session, the No. 98 Chevrolet of Reed Sorenson had a mechanical problem that required a quick caution period. Sorenson ended the session 39th on the board.