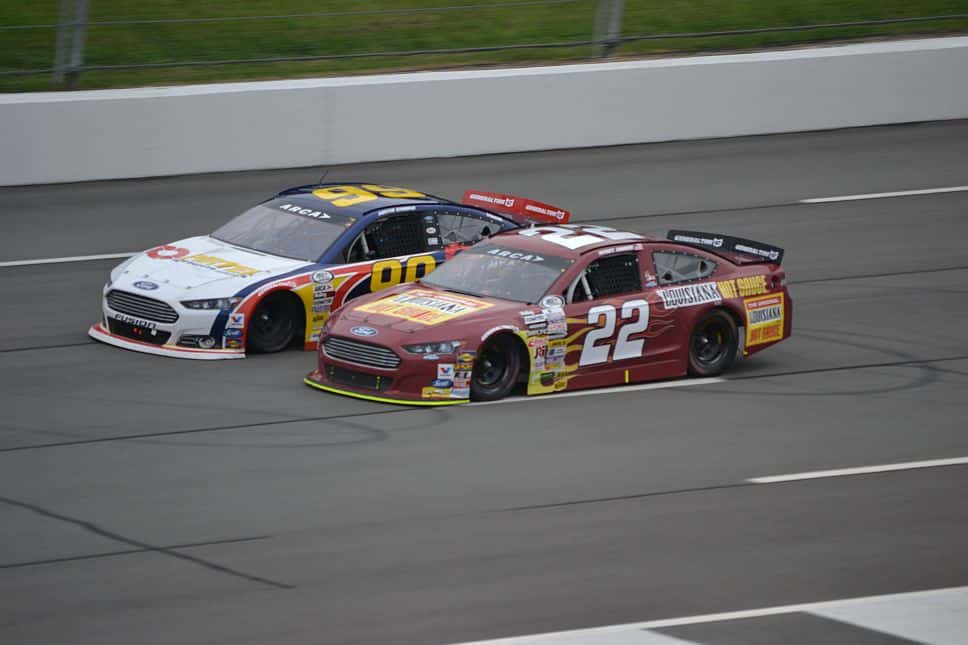 It’s a triple-header this weekend at Kansas Speedway, but not in the way you might normally expect, with the NASCAR Sprint Cup, XFINITY and Camping World Truck series each contesting events at the same track on the same weekend. Instead, while the Cup and XFINITY series continue their run toward prospective champions at Homestead-Miami Speedway next month, another non-NASCAR series will crown its own: the ARCA Racing Series, which wraps up it season on Friday (Oct. 14) at Kansas.

ARCA gets much less of a shake in the ratings and overall crowds than NASCAR, but occasionally, the series joins up with one or more of the NASCAR circuits, beginning with the season-opening event at Daytona International Speedway. As such, there’s often plenty of opportunities for drivers to cross over between each series, with many current and future NASCAR drivers using ARCA races as a springboard to later success — or at least to a NASCAR license.

And the interesting thing about this race, the Kansas 150, is that given its standing as the final race of the 2016 season, the teams involved will have little to do between now and pre-season testing unless they’re involved in other racing series. That often opens up these teams or drivers to showing up for other events, such as NASCAR races, before the season ends in a little over a month, and with good reason; oftentimes drivers who had not-too-shabby seasons in ARCA can use the final few NASCAR races to potentially audition for a ride the next year.

That’s the main reason to watch the Kansas 150 on Friday if you’re around. Should you be interested in the next crop of NASCAR drivers, either on a full-time or part-time basis, through the end of the 2016 season and into 2017, you’re bound to see a few candidates running on Friday. After all, of the 33 drivers who ran last season’s finale at Kansas, a few have since segued into NASCAR, including Austin Wayne Self, Grant Enfinger and David Levine.

Making this list is fairly easy, because one of them already has a ride set up for next season.

Kyle Busch Motorsports has begun to develop a heck of a track record when it comes to plucking rookies from lower series and turning them into NASCAR stars — take Erik Jones and William Byron. Noah Gragson could be the latest future superstar to join the team’s ranks, especially with Byron’s exit after this season. The 18-year-old from Las Vegas will compete for the team full-time in the Truck Series next season, and he’s already been setting himself up for future success with, entering the season finale, a third-place position in the K&N Pro Series West points with two wins on the season. Beyond that, this will be Gragson’s second ARCA start of the season and third overall, and his first with Venturini Motorsports. Don’t be surprised, either, if Gragson pops up in the NASCAR national series ranks before the end of the season, perhaps at Phoenix International Raceway, much like Byron last year.

Chase Briscoe‘s name has been thrown around as a potential suitor for Brad Keselowski Racing in the Truck Series, which makes sense given his ARCA team Cunningham Motorsports’ ties to Team Penske, which itself is affiliated with BKR. A ride in one of the upper NASCAR series seems all but assured either way; the 21-year-old is on his way to his first ARCA title, winning five races in the process, so he’s pretty much hit the ceiling in terms of competition. Remember, Daniel Hemric is moving on to Richard Childress Racing in the XFINITY Series, which opens up a seat at BKR. The team has a third truck, the No. 2, that’s been coming out to occasional races this season too, generally piloted by up-and-comers Austin Cindric (who’s also racing at Kansas on Friday) and Austin Theriault. Not a stretch to imagine Briscoe in that truck before the end of the year or in the future, right?

Briscoe’s teammate at Cunningham Motorsports, Myatt Snider figures to have a NASCAR future, and his limited ARCA season in the No. 22 indicates definite promise. In eight starts, the 21-year-old has a win, which came in his debut, plus three top 5s and five top 10s, solid results for an inaugural season. What might kickstart the young driver’s career even quicker, even though he hasn’t yet run a full ARCA schedule? If the name Snider rings a bell, it’s because he’s the son of veteran NASCAR broadcaster Marty Snider. And as it stands, NASCAR is full of the offspring of former drivers and others within the industry. What’s one more going to hurt?

Roush Fenway Racing needs a boost, and it could come in the form of this 22-year-old, who’s competed in a limited ARCA schedule in 2016. Ty Majeski, out of Seymour, Wis., has piloted the No. 17 machine for the Roulo Brothers, former series champions in their own rights who can still churn out a quick piece when they show up at the track. And sure enough, Majeski, in three starts before Kansas, has a top 5 — a fourth at Madison — and two top 10s. What could be on his side are the issues with Roush in recent seasons on both the Cup level, and even its XFINITY program suffered a bit in 2016, though Darrell Wallace, Jr. and Ryan Reed remain in title contention. If a youth movement is oncoming at the famed team, Majeski could see his stocks rise very soon, and another great run at Kansas would solidify that even further.

Gus Dean has jumped around in 2016, driving for Cunningham Motorsports, Mason Mitchell Motorsports and now Win-Tron Racing. The fact that he’s with the latter this weekend could be a sign of things to come, since the team operates a part-time Truck operation piloted by Shane Lee (who’s also competing in the Kansas 150). But even if nothing comes with Win-Tron, Dean’s probably on the radar of a few NASCAR teams after his win earlier this season at Talladega Superspeedway. The Bluffton, S.C., native also added three top 10s pre-Kansas this season.