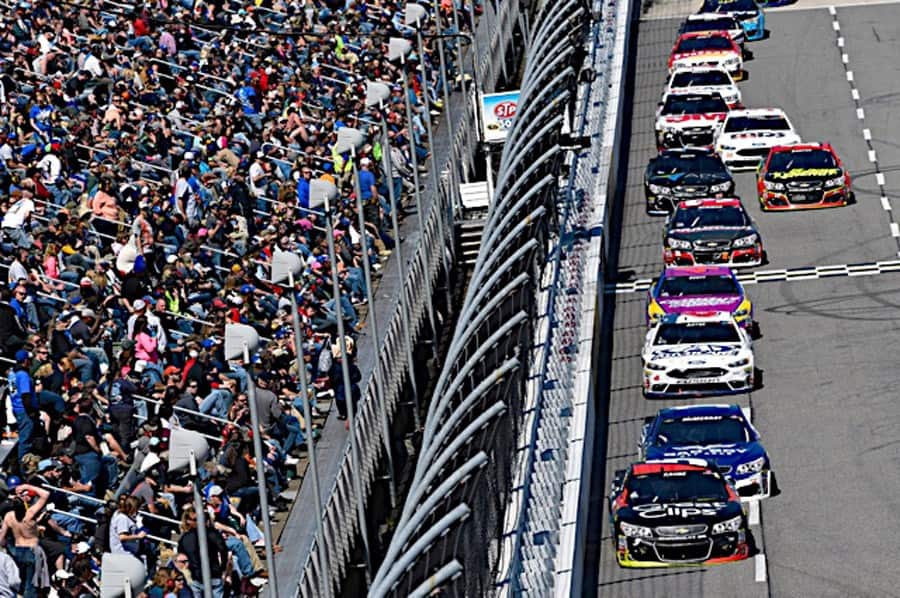 The NASCAR Sprint Cup Series heads to Martinsville Speedway for the second and final time in 2016 to begin the Round of 8 in the Chase for the Sprint Cup this weekend.

As of Monday, there are 41 cars entered, meaning one driver will not make the race, barring any entry list updates.

Gray Gaulding will attempt to make his Sprint Cup Series debut on Sunday in the No. 30 car. The 18-year-old is a Roush Fenway Racing development driver and has made two NASCAR XFINITY Series starts in 2016 for RFR. He has made four NASCAR Camping World Truck Series starts at Martinsville with his best result of 14th coming in October 2014.

Dylan Lupton will compete in the No. 83 for BK Racing in the Goody’s Fast Relief 500. He made his Sprint Cup Series debut at Sonoma earlier this season with BK Racing and competed at Richmond last month.

Matt DiBenedetto will need to qualify on time again this weekend in the No. 93 car. He was faced with the same challenge last weekend at Talladega and made the field.

Action from Martinsville begins on Friday with opening practice at 11 a.m. followed by qualifying at 4:40 p.m. (all times ET). Saturday will feature two practice sessions, the first at 9 a.m. and final at 12 p.m. Coverage of Sunday’s race will begin at 1 p.m. on NBC Sports Network.