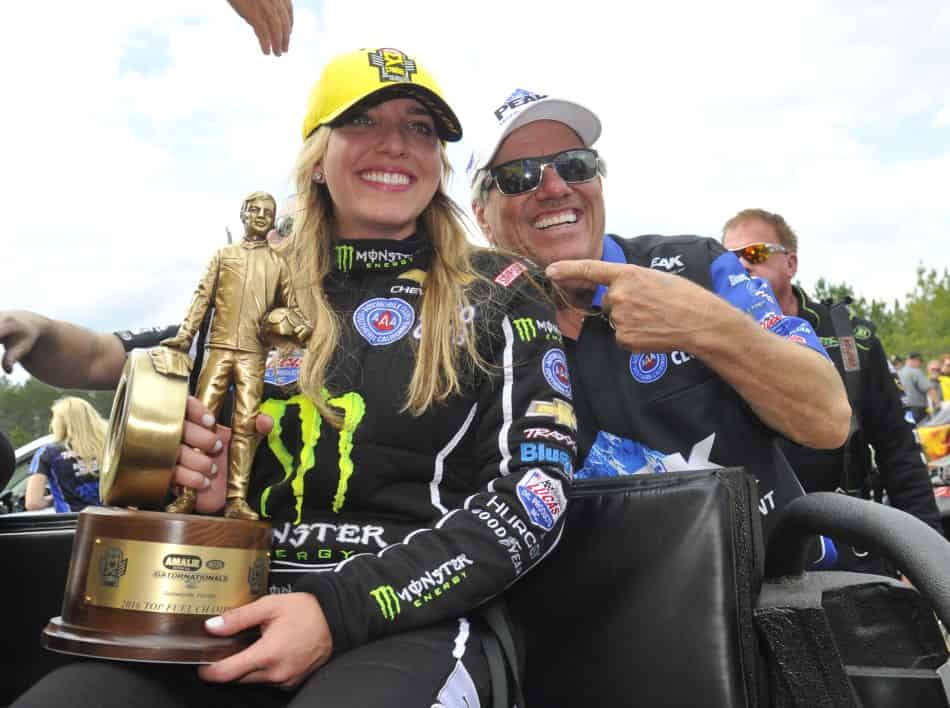 Getting young people involved in drag racing to insure the future of the sport has been a recurring topic of discussion. Many of the stars driving in the NHRA Mello Yello Professional categories today are in their 40s, 50s, and even 60s. Those drivers have expressed concern for the future of the sport once they all retire, wondering if enough drivers are coming up through the ranks to carry the torch behind them.

Within the last couple of weeks, a couple of announcements have come out that would make one think the future of the sport will be just fine. Troy Coughlin, Jr., son of Pro Mod racer Troy Coughlin (and nephew of Pro Stock’s Jeg Coughlin, Jr.) will be racing in Top Fuel with Kalitta next year. Tanner Gray, son of Pro Stock driver Shane Gray, will be taking the wheel of the family machine as a rookie next year.

Add to them drivers like Vincent Nobile, Drew Skillman, Alex Laughlin, Brittany and Courtney Force and one would have to think there are plenty of young drivers coming up through the ranks. There might be an argument that drivers are not the problem. The problem is having seats for them to occupy. What we really need is more team owners and/or more opportunity for incoming owners to actually be competitive (read: a way to make this sport cost less money).

But there is one other caveat that is sort of related to the above. The Coughlins, Grays, Forces, and Skillmans have been involved in the sport for years. Yes, it’s great to see another generation come up and show an interest, but what of drivers not named Force or Coughlin? How many truly new drivers are entering the sport? Maybe an even bigger consideration is what opportunities exist for these drivers?

2015 – Made Pro Stock debut at Sonoma; attempted seven races and qualified for all of them.

If Robert Hight and Alexis DeJoria could change one thing about NHRA drag racing, what would it be? Find out here!