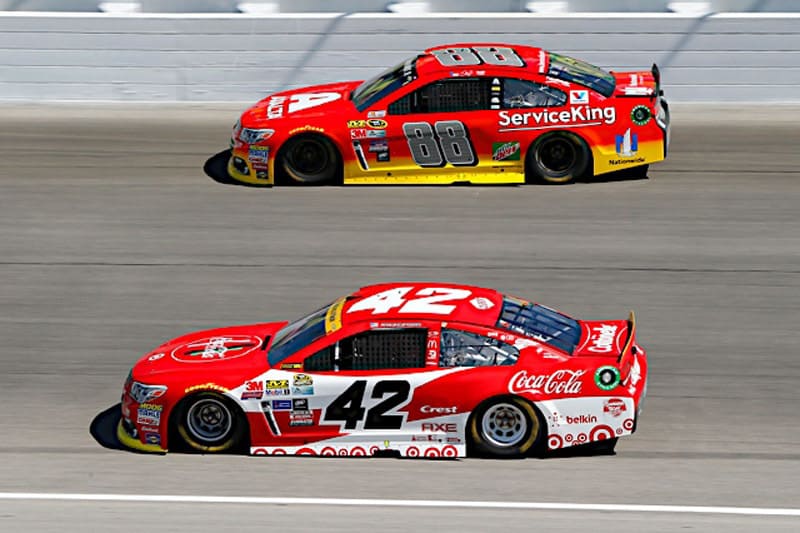 The NASCAR Sprint Cup Series competes at Texas Motor Speedway for the second time this season Sunday, running their second race in the Chase Round of 8. Just two races remain before that field gets cut to the Championship 4 that will compete in a winner-take-all race for the title at Homestead-Miami Speedway.

41 drivers will compete for 40 spots, meaning one of five “open” teams will fail to make the AAA Texas 500. The extra entry comes from Ryan Ellis, piloting the part-time No. 93 Toyota for BK Racing. Ellis, attempting to qualify for his fourth Sprint Cup race this season has a best result of 32nd from his last start at Indianapolis in July. Sponsorship for his effort comes from ScienceLogic.

The other “open” teams have attempted most if not all races this season. Ryan Blaney continues his rookie run with the Wood Brothers No. 21 Ford; Premium Motorsports will field two cars, the Nos. 55 and 98 while Josh Wise returns to the The Motorsports Group No. 30 Chevrolet.

Joey Gase returns to the No. 32 Go FAS Racing Ford for the sixth time this season, part of the team’s merry-go-round of drivers. Gase has one career Sprint Cup Series start at Texas, running 37th in November 2014.

Following Jeff Gordon’s final scheduled start in the No. 88 car in 2016, Alex Bowman returns behind the wheel for Hendrick Motorsports. Bowman has four career Sprint Cup starts at Texas with his best result of 32nd coming in April 2014.

All other full-time drivers are set in their regular rides. Sophomore Matt DiBenedetto switches back to the locked-in No. 83 car for BK Racing, replacing rookie Dylan Lupton.

Action from Texas begins on Friday with opening practice at 12:30 p.m. followed by qualifying at 6:45 (all times eastern). Saturday will feature two practice sessions, the first at 10:30 a.m. followed by Happy Hour practice at 1:30 p.m. Coverage of the AAA Texas 500 then begins at 2 p.m. on NBC.