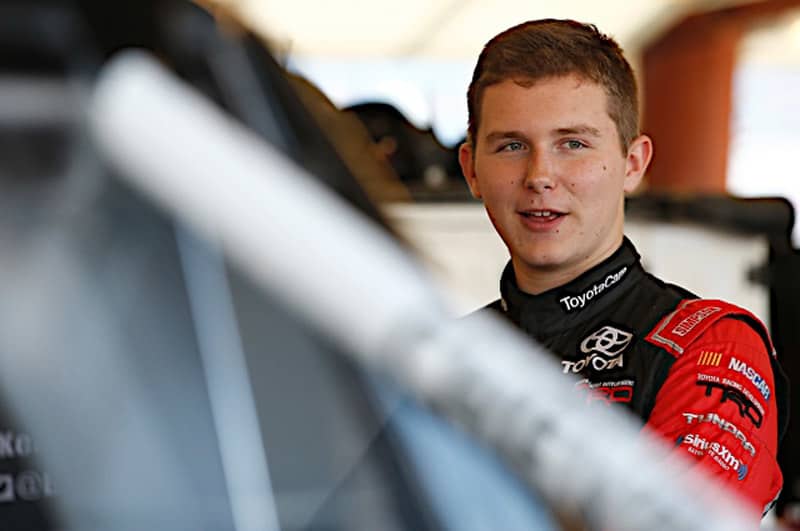 After undergoing brain surgery earlier this season to remove a benign, low-grade tumor, Tifft returned to racing in Sept., making a combined six starts in the Camping World Truck and XFINITY series since his comeback.

Next season, the driver who had a part-time schedule this season, will return to Joe Gibbs Racing, this time racing full-time with the organization in the XFINITY Series. It will mark his first full-time season racing in NASCAR.

“It has been an incredible year and I am honored to have the opportunity to continue working with Joe Gibbs Racing in the 2017 season,” Tifft said. “I’ve always wanted the chance to contend for a championship with the Chase for the Championship program, I am thrilled to be with JGR and know they will be instrumental in my career. Through my health challenges this year and while I have continued to learn and improve my driving skills, Coach Gibbs, the staff, and veteran drivers here have mentored me and I look forward to the opportunity to be around them now for a full season.

Though full details for the effort, including a car number and sponsorship have not yet been announced, JGR did say Tifft would work with crew chief Matt Beckman, who is currently the race engineer for Denny Hamlin’s Cup effort. Beckman has been with the organization since the 2007 season and served as engineer for Carl Edwards’ team last season.

“This is a tremendous opportunity for me and I’m excited to work with Matt (Tifft),” said Beckman. “Joe Gibbs Racing has had incredible success for many years now in the XFINITY Series and I know the organization takes immense pride in those accomplishments. You don’t have to look any further than JGR’s Cup Series crew chief lineup to realize the tradition they established at JGR and I’m honored to become a part of it starting next season.”

Tifft has one top 5 and two top 10s in eight XFINITY Series starts this season, including a best finish of fifth at Charlotte Motor Speedway.