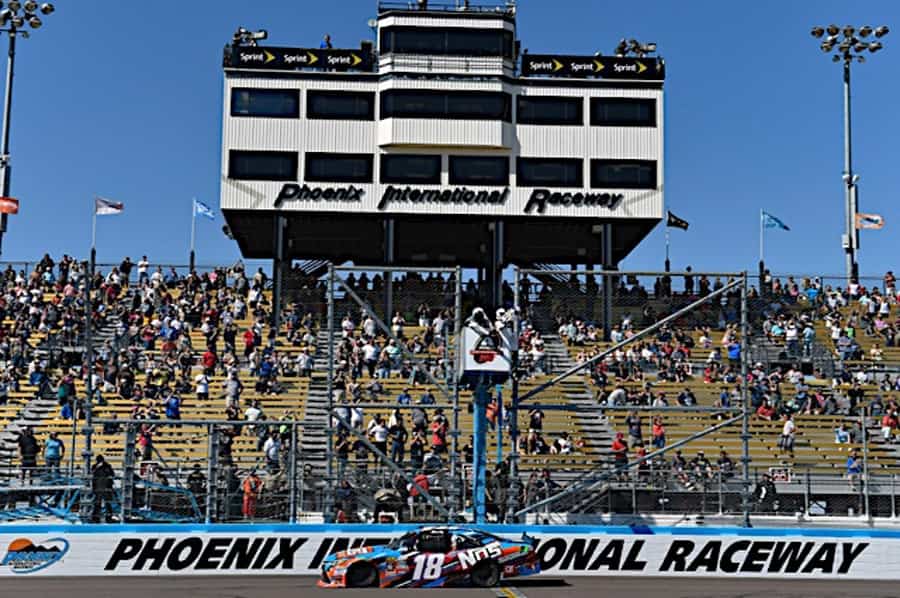 As of Monday, there are 42 cars entered, meaning two will not make the race, barring any entry list updates.

Two-time XFINITY Series champion Ricky Stenhouse, Jr. will attempt to qualify for the Ticket Galaxy 200 for Roush Fenway Racing in the No. 60 car. He last competed in the series in 2013 at Texas where he finished 17th. In his last three series starts at Phoenix, he captured three consecutive top-5 finishes.

Alex Bowman will be behind the wheel of the No. 88 for JR Motorsports on Saturday. He has finished inside the top 10 in all seven of his XFINITY Series starts this season and will look to continue the streak at Phoenix. His last series start at the track came for JRM in 2014, when he finished 17th.

The race is the final event in the Round of 8. No Xfinity Chase Driver has clinched a spot in the Championship 4 at Homestead and how is a Xfinity Chase or Regular supposed to win with that many Cup Drivers in the race.

CUP DRIVERS STAY OUT OF THE XFINITY SERIES