Up to Speed: Carl Edwards Is Living the Dream, & He’ll Wake Up in Homestead

Summer Bedgood November 7, 2016 Cup Series, Featured Content, Summer Bedgood, Up to Speed Comments Off on Up to Speed: Carl Edwards Is Living the Dream, & He’ll Wake Up in Homestead

Carl Edwards will officially be racing for the championship at Homestead-Miami Speedway in a couple of weeks, thanks to a rain shower at the end of a very long day at Texas Motor Speedway.

That’s not necessarily fair. Edwards led a total of 36 laps. Though he was definitely not the strongest car, he certainly was capable of a top-5 finish and capitalized on a fast pit stop to take the lead and keep it.

The race was scheduled to have 334 laps, but only made it to lap 293 before the skies opened up. The race had already endured a five-and-a-half-hour delay because of rain showers before the race ever even started followed by a lengthy track-drying effort. It was estimated that it would take another two hours at least to try it again, so NASCAR called it official and Edwards went to Victory Lane.

“I’ve got an amazing group of guys,” Edwards said. “They work so well together. They’ve got my back all of the time. Dave (Rogers, crew chief), man, he’s like a brother. Just a great guy. And, all of my guys, I can’t thank them enough. TRD (Toyota Racing Development), Comcast, XFINITY, Subway, Stanley, Cessna, Sprint, this is a… we have a shot at the championship and that’s all we wanted this year and I can’t wait to go to Homestead. It’s going to be a blast.”

Edwards is in his 12th full-time season in the Sprint Cup Series and he has yet to earn his first NASCAR Sprint Cup Series title. That doesn’t mean he hasn’t come close, though. Edwards has finished runner-up in the championship twice, including a tie in points with Tony Stewart in 2011. Edwards lost the tiebreaker because he had fewer wins than Stewart.

Edwards has finished fifth or better in points five times.

In this the third year of NASCAR’s elimination-style Chase format, Edwards has never made it all the way to Homestead. Now, even though there is still one more race in the current round before the Championship 4 is set, all Edwards has to do is show up and start the race at Phoenix.

As of now, Jimmie Johnson and CEdwards are the only drivers guaranteed a spot in the championship.

“This is huge,” Edwards said. “I don’t think it’s sunk in yet. This is cool. This team has really worked hard all year and man it’s just really cool. That’s all we said we needed was a shot and now we’re going to go to Homestead and we’re going to do what we have to do. This was a great test. We came here and knew what we had to do, we performed the way we needed to and I really believe we can do that at Homestead.”

Edwards has some good numbers at Homestead. Two victories, five top 5s and seven top 10s in 12 career starts sounds good. However, he hasn’t finished inside the top 10 since that 2011 race.

At the same time, Edwards is having arguably his best season since that 2011 heartbreaker, and anyone who has been paying any attention to this sport in 2016 knows that the Joe Gibbs Racing Toyotas have been dominant this season.

Though there are still two more positions to fill at Phoenix, Edwards now has the opportunity to fulfill a childhood dream: to be a NASCAR premier series champion.

Promoted to editor in 2013, Summer is one of Frontstretch’s fast-rising young talents. While contributing to social media efforts, she also writes the weekly "Up To Speed" column. A Kansas native, Summer graduated with a Bachelor's in Journalism and Mass Communications in 2015. She also contributes to other media outlets such as Kickin' The Tires.
Previous The Big 6: Questions Answered After the 2016 AAA Texas 500
Next Cool Down: Drama, Intensity Set to Rise After Carl Edwards’ Rain-Shortened Texas Triumph 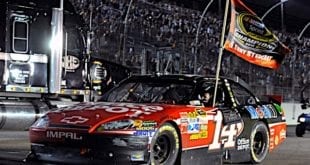 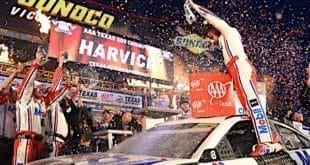 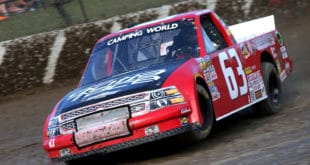