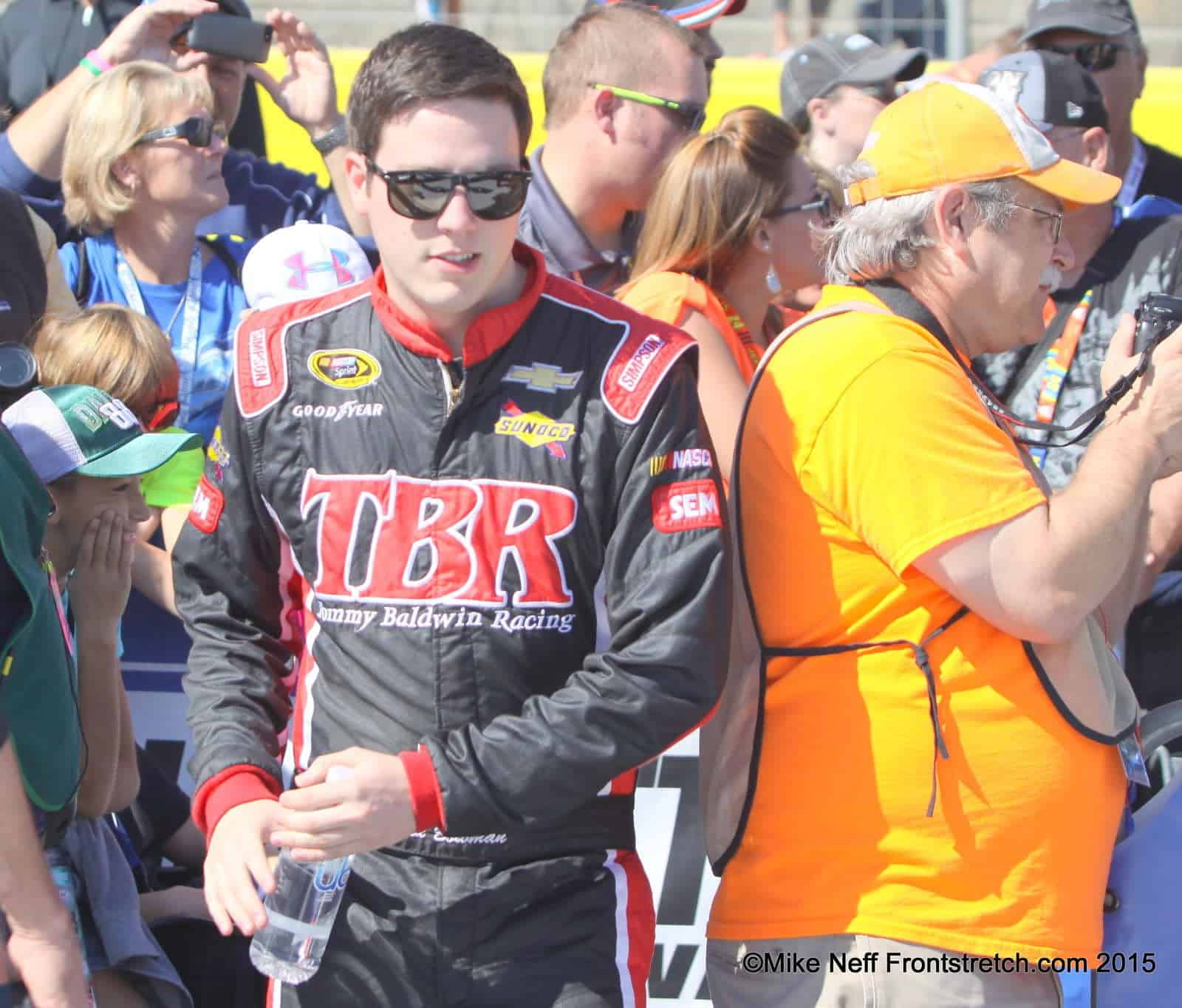 After announcing Friday morning that he didn’t know what 2017 had in store, Alex Bowman posted the top speed in qualifying (140.521 mph) at Phoenix International Raceway to win his first career NASCAR Sprint Cup Series pole.

Bowman was among the top seven in all  three rounds of qualifying. His previous career-best start came last month at Charlotte Motor Speedway, when he put the No. 88 on the outside of row one, finishing 39th after an early crash.

“Hendrick horsepower, great guys at Hendrick Motorsports,” Bowman said of his hot lap. “I have to thank Greg [Ives, crew chief] and this guy standing next to me, Dale [Earnhardt], Jr. I’m just really thankful to be here, especially to get a pole in Phoenix so close to home. It means a lot to me.”

In eight races replacing Earnhardt, Bowman has a best finish of seventh at Kansas Speedway. He also finished 10th at Michigan International Speedway, which was his first career top-10 finish.

In Earnhardt’s 18 races this season, he had a best qualifying position of third at Daytona International Speedway and Talladega Superspeedway, excluding Dover, which was a rain out. Outside of qualifying on restrictor plate tracks, he had a best start of eighth at Pocono Raceway, where he finished in the runner-up position.

A pair of Chase drivers rounded out the top 5, led by Joey Logano in fourth (140.138 mph) and Denny Hamlin (140.072 mph). The No. 22 team comes into the final race before the championship with a one-point advantage over Matt Kenseth and two points up on the No. 11 car.

Kevin Harvick will start from the sixth position on Sunday at a track at which he has been victorious six out of the last eight races. Since joining Stewart-Haas Racing at the beginning of 2014, the No. 4 car has led more than 139 laps in each of the five races at Phoenix. Heading into the race he sits 18 points off the cutoff, making this race a must-win.

Tony Stewart will roll off from the 25th position in his farewell ride in the desert. Martin Truex, Jr. and the No. 78 team never attempted a qualifying lap and will start shotgun on the field after having problems getting through the inspection line.

There are two practices on Saturday beginning at 3:00 p.m. ET with final practice starting shortly after 6 p.m. ET.